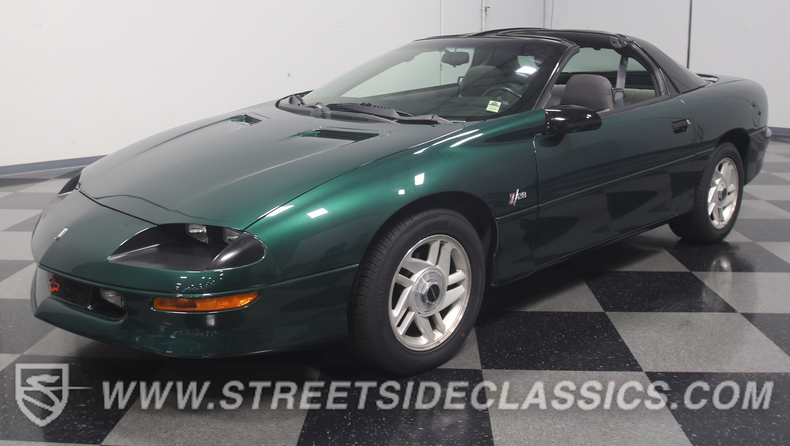 You'd think that after all these years, we'd have sold more of these fourth-generation Camaros. Plenty of modified ones, but a stock one like this 1995 Chevrolet Camaro Z/28? Not many at all. With a freshly rebuilt engine and transmission, a subtle color, and a screaming bargain of a price, this is a heck of a lot of go-fast for not a lot of cash.

By 1995, the Camaro was unquestionably the king of the pony cars. The Mustang was a gelding with a new-tech motor that hadn't found its footing and Chrysler was busy building Vipers. No, if you wanted to go fast on a budget in 1995, this was how you did it. It remains true today, because this green metallic Z/28 still commands respect and looks awesome going down the road. Despite being more than 20 years old, the paint still shines up nicely and we can't find any major damage. Sure, there's some evidence of use and age, but this was clearly a car owned by someone who cared. The plastic bodywork obviously doesn't show rust or dents, although the quarters are still steel and they're in great shape. The pointed nose doesn't display any real bumps or bruises and all the original emblems are still in place, just in case you needed to be reminded what this was. The shark-like shape has aged well and we love the black halo bar over the roof that gives the whole greenhouse the appearance of a jet cockpit. This is still a cool car.

The gray cloth upholstery remains stylish and a great choice for a car that'll go around corners. There's a little wear on the driver's outer bolster, which isn't surprising, but the durable fabric really has held up well. The low-slung driving position emphasizes the car's projectile-like looks but GM was careful to put the important stuff right where you needed it: a fat steering wheel, big, round gauges, and a shifter for the 700R4 4-speed automatic transmission close at hand. Z/28s only came one way: loaded. As a result, it's equipped with cold A/C, power windows, locks, and mirrors, a tilt steering column, rear defroster, cruise control, and T-tops, which are kind of mandatory on a car like this. The original radio has been upgraded to an AM/FM/CD stereo head unit with a CD changer in back and they added a set of floor mats and a dash mat to keep things tidy.

The 350 cubic inch LT1 V8 really needs no introduction. It was supposedly de-tuned for use in the Camaro, but there are a lot of skeptics who say that it runs like a 300 horsepower car should. Regardless of the number, this one was rebuilt to stock specs about 8000 miles ago, so it's fresh and ready to rock. Thanks to the wonders of fuel injection, it starts quickly and idles easily, and it pulls hard at almost any speed. Torque is available all over the tach, and that's really the Camaro's strong suit: smoking some tires. Of course, the cackle of the exhaust is part of the fun, and with a torque arm suspension, the Camaro is an agile handler, too. The 700R4 4-speed automatic was rebuilt at the same time as the engine, so someone has not only invested quite a bit of money in the car, but they also did it right. Shifts are smooth and this car just loafs along at highway speeds. It's shockingly clean underneath and the 16-inch factory alloys are almost totally unmarked.

You can still get a lot of V8 fun for not a lot of cash, and this one is ready to be a daily driver with all the creature comforts and an automatic transmission. Why not have some fun while you commute? Call today! 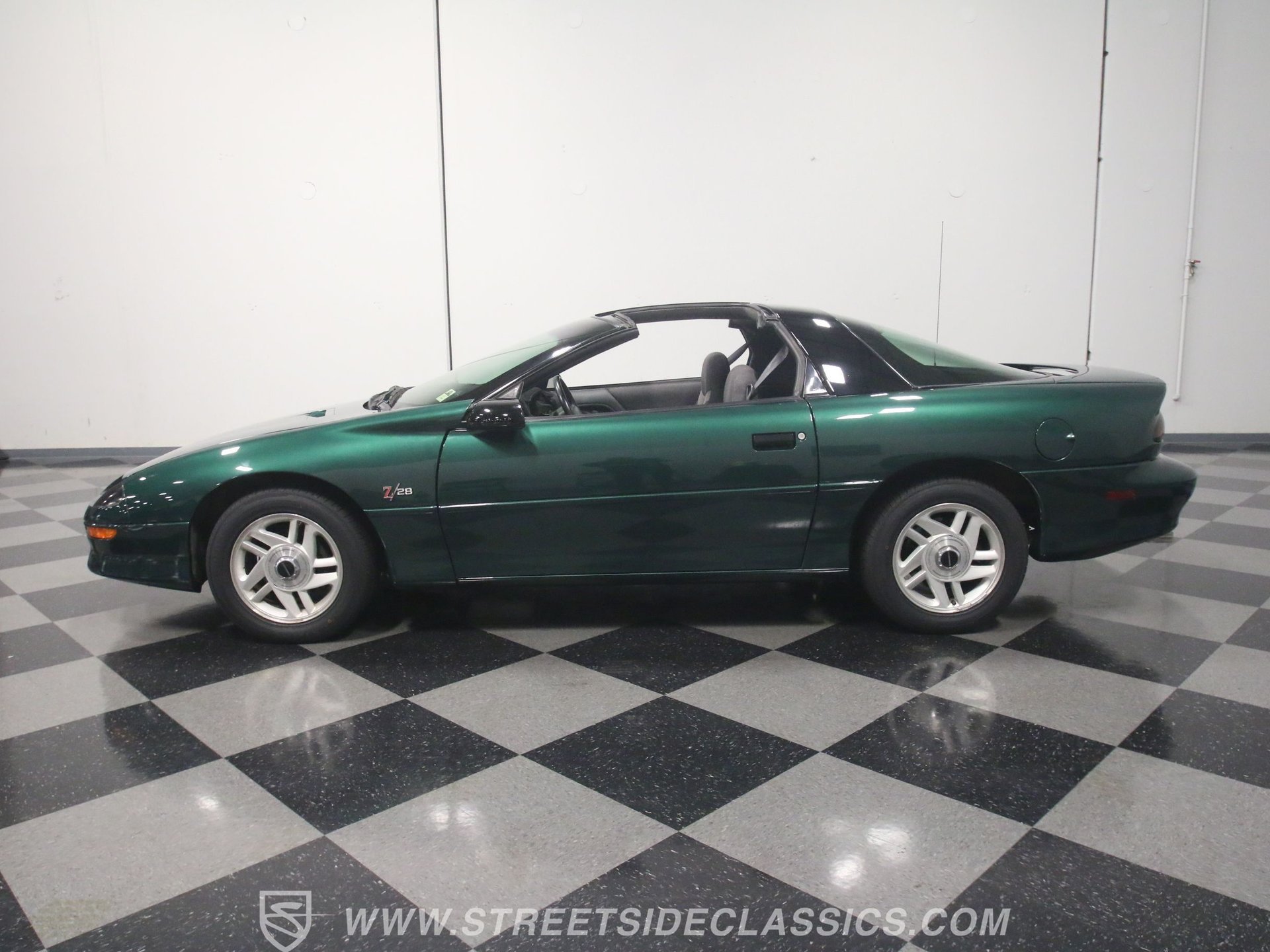