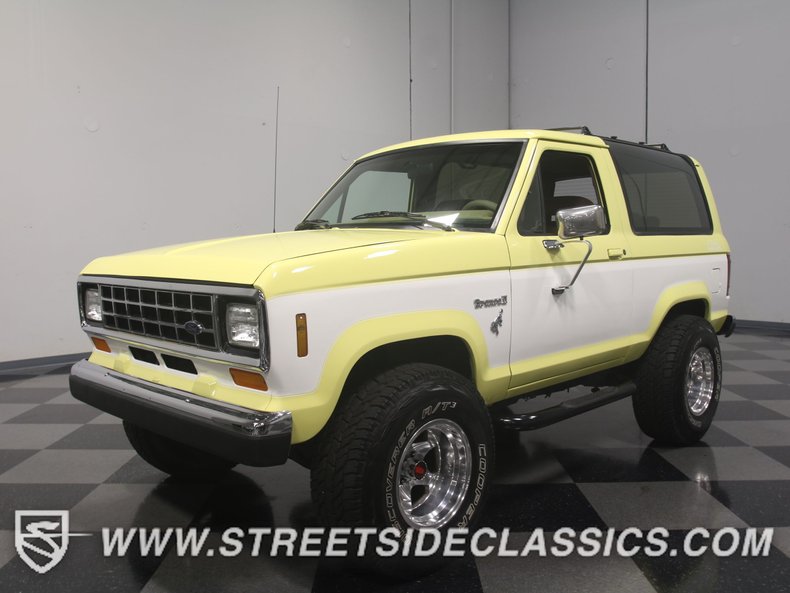 It used to be that you couldn't go anywhere without seeing three or four of these running around. Where did they all go? If you missed your chance or always wanted to own one of Ford's cool mini-utes, this 1988 Bronco II is a great choice. Lots of recent work, great colors, and wonderful preservation make it stand out.

Let's face it, most of these little trucks had rough lives. They were often used up north where the winters are tough and you need 4-wheel-drive to get through the snow. They were also inexpensive, so few people treated them well after the first few years. As a result, finding them today isn't easy. Fortunately, this yellow and white Bronco II has led a very easy life with a caring owner who preserved it for his daughter and kept it in top-notch shape so it would always be safe. That's the best kind of vehicle to own and the care shows everywhere you look. I don't think Ford offered yellow and white but now that you've seen it on this cool little 4x4, it's hard to look away. The colors are bright and friendly, perfect for the cute little ute, and by duplicating the factory pattern, the fenders look especially broad. The straight lines of the Bronco II have aged rather well and it fits right in with a new generation of small SUVs that are all the rage today. This one also offers nice chrome bumpers, big side mirrors, and a set of tubular steps that make climbing in easy. Admit it, you think this one is cool.

We have every reason to believe that the interior is original, and that should tell you all you need to know about the life this truck has led. No splits or tears in the upholstery, minimal fading, and the driver's seat is still firm, all of which indicate someone took care of it. There are new white faces on the gauges that update the look a bit and someone added a trio of auxiliary gauges in the center console, although it appears they still need to be hooked up. The original entertainment system is gone, replaced by a large touch-screen setup that's worlds better than the original cassette deck. Power windows and locks, cold A/C, cruise control, and a tilt steering column all mean you can enjoy this truck daily without a second thought. And there's plenty of cargo space in back, even for such a small truck.

Ford's indestructible 2.9 liter "Cologne" V6 was the top engine in the Bronco II and even today it makes it feel energetic and athletic, dicing through traffic or climbing through the mud. This one was fully rebuilt about 1000 miles ago, so it's totally fresh and ready to go. It's also completely stock, so there are no questionable modifications to mess with the OEM-levels of reliability. Fuel injection means it starts easily and idles well and it's surprisingly smooth for a truck motor. The 4-speed AOD automatic transmission was also rebuilt and linked to the original 2-speed transfer case, which gives this 4x4 impressive off-road capabilities, which are accentuated by a 2-inch body lift and Pro-Comp shocks. The 4x4 system is fully operational, the transmission shifts smoothly, and it actually rides pretty well for having such a short wheelbase. The underside shows off clean living in a warm climate, as well as a new exhaust system. A set of polished aluminum wheels really dress it up and those oversized 32x11.50-15 Cooper all-terrain radials look butch on the Bronco.

A great little truck built for a special person who decided she wanted something a little different. Her loss is your gain, because this is probably the best BII you'll ever find. Call today! 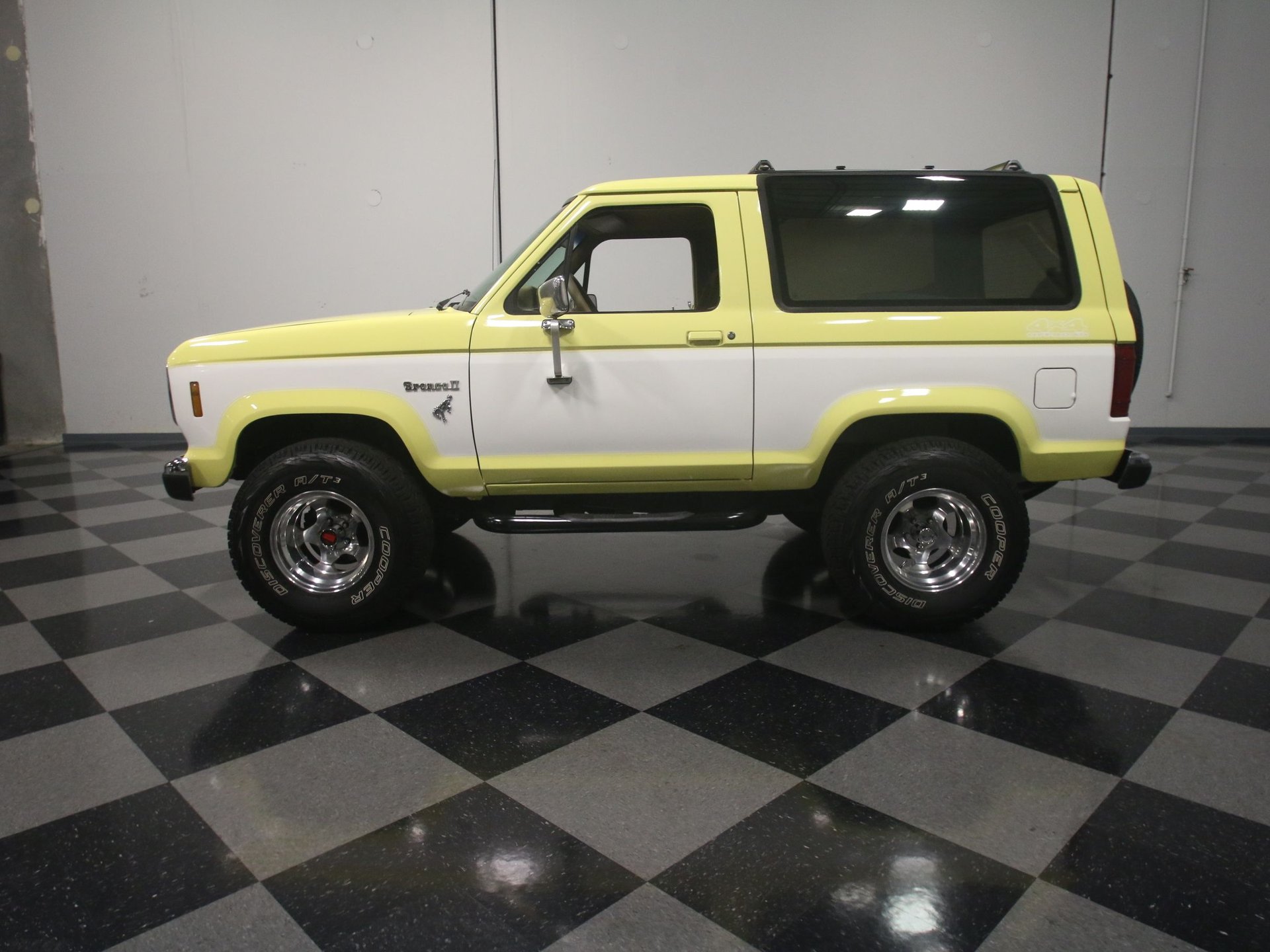