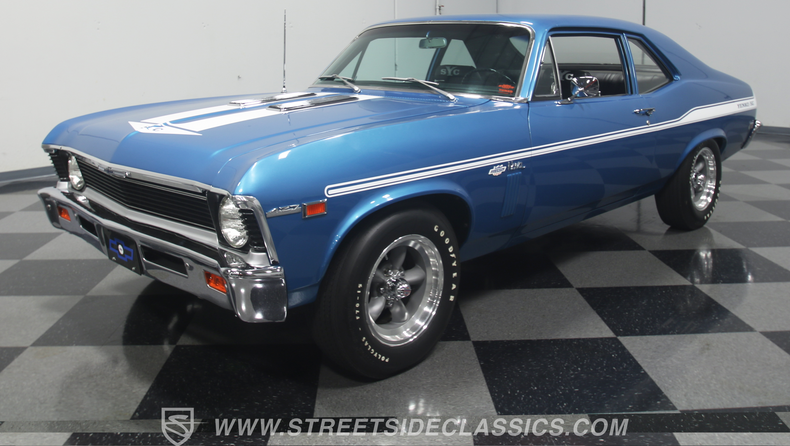 For some guys, going too far is what it's all about. Don Yenko was such a guy, and in 1969, he started stuffing 427s into the compact Nova and created the Deuce, a car that really should be kept in a cage. Since there are only seven or so known to exist today, you can imagine how expensive and highly sought they are. So what's a guy to do?

Well, you build your own. This neat little 1969 Nova gets the look just right: one part low-buck grocery-getter, three parts street brawler, and one part polished debutante. The result is more than just a dressed-up Nova SS, but a car that will get attention just for looking good. A lot of the credit must go to the handsome Lemans Blue paint, which was apparently a favorite of Yenko's but seldom seen on muscle cars of the era. Combined with the white stripes, it has a very polished, upscale look that works rather well here. Bodywork is good and the paint shines up beautifully and you won't mind putting this one on the show field. But check the weather report first, this car has never seen rain and doesn't want to start to. Sure, there are a few imperfections here and there, but they got the stripes right, so that's where everyone will be looking anyway. Hood inserts are the way the factory made it rather than some cowl-induction setup and with a blacked-out grille and some nice chrome, the car looks bright, crisp, and nicely finished.

The interior remains standard-issue Nova, albeit really clean and nicely trimmed. Basic black is the color of choice in a car like this, and the recent seat covers, door panels, and carpets really dress things up inside. The 2-spoke steering with a skinny plastic rim works with the no-frills look and the otherwise simple surroundings. Factory gauges cover the basics of speed and fuel level, with an auxiliary Sun Pro oil pressure gauge under the dash, just for insurance on that expensive engine up front. There is a basic AM radio, so it's ripe for the setup of your choice, and like most Novas, it's light on options which is the only way to fly if you're looking for maximum performance. The important thing here is how nicely it's all finished, and in that regard, this car really succeeds. Even the back seat looks great! The trunk is covered in proper spatter paint and you can see that there's really nothing to hide here.

Yenko was using big blocks, but the 454 cubic inch LS7 V8 in this Nova gives it startling performance that even the original Yenko 427s would envy. It's obvious that good money was spent here, starting with a 4-bolt main (casting number 3965774), a forged steel crank, high dome pistons, and a Lunati solid lifter camshaft. It looks right, from the bright chrome details to the Chevy Orange block to the rumbling exhaust note, and they added a 427 decal to the air cleaner to complete the illusion. A Holley 4-barrel carburetor and Winters aluminum intake manifold are a combination that was perfected years ago so the sucker runs superbly and with long-tube headers, the torque curve is robust. A Muncie M21 4-speed manual transmission snaps off easy shifts thanks to a Hurst shifter and there are 3.73 gears in the 12-bolt rear end. Flowmaster mufflers act as a warning to the unwary that this car is serious about its job and the stance from the F70-15 Goodyears on Torque Thrust wheels is pure 1969.

This is a spectacular nut-and-bolt restoration that has become an icon. Better still, it's faster than any Yenko built and is available for half the price. Now THAT is a bargain. Call now! 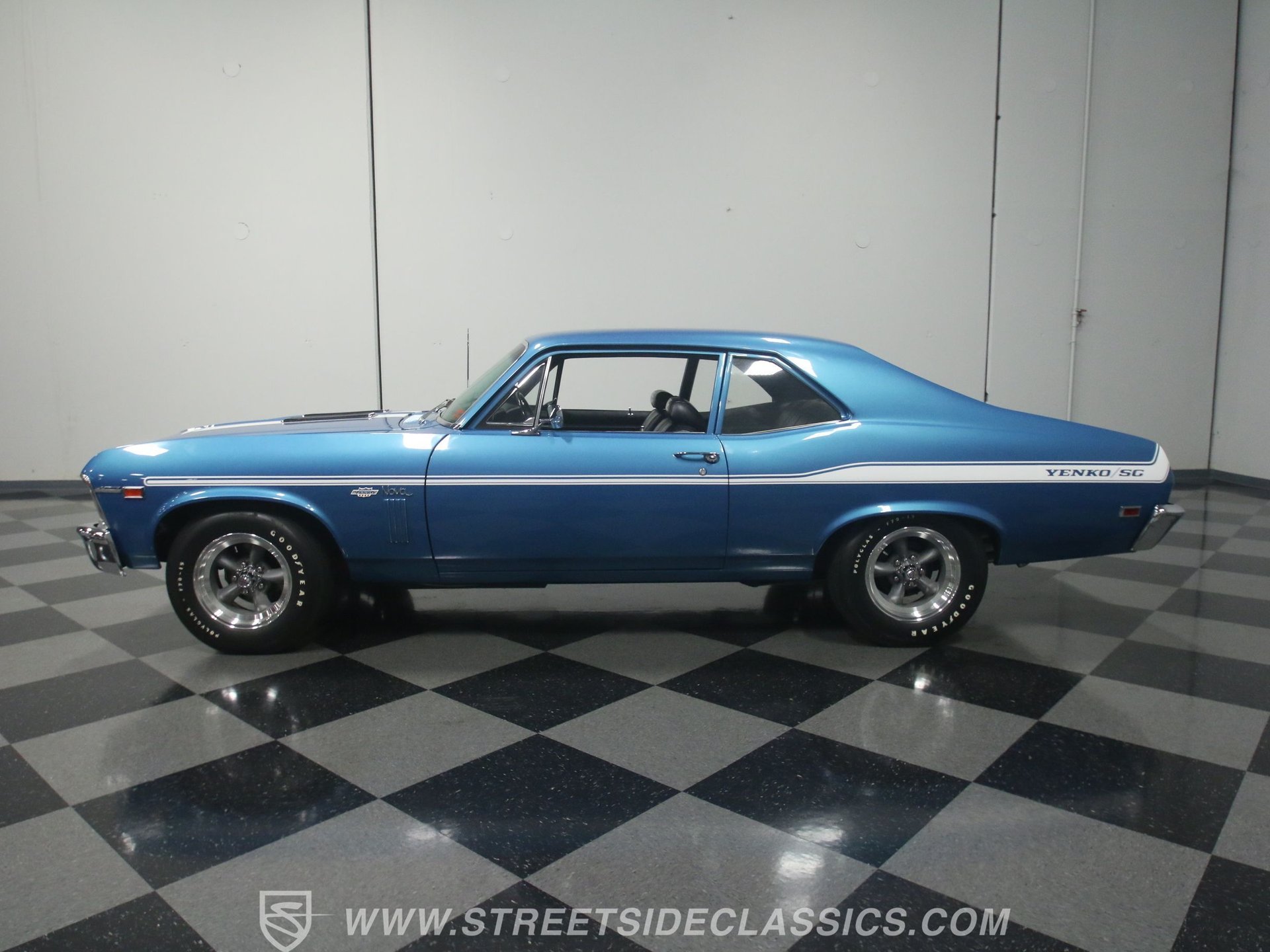