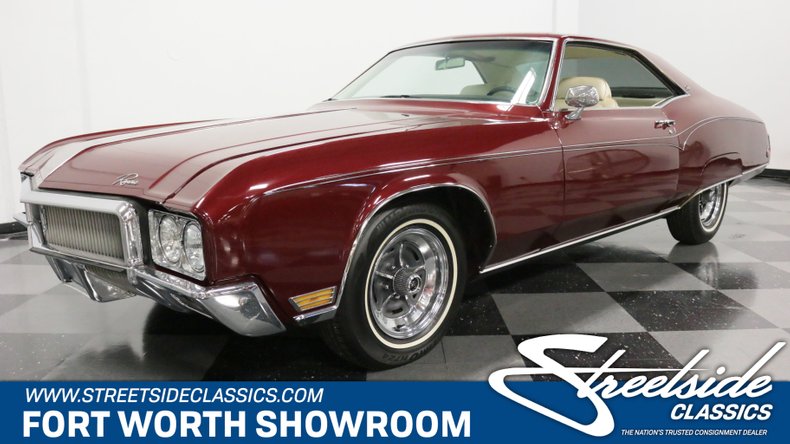 The day of the Riviera has arrived. For those of us who love these cars, we've known for years that machines like this 1970 Buick Riviera have been almost criminally under-valued. That's changing, and once you see the extent of the preservation and quality of the restoration and the long list of features in this gentleman's muscle car, you'll understand why these are very special cars.

The Riv was fully redesigned in 1966 and incrementally updated until 1970 when it received a final facelift for the 2nd generation, and there are a great many enthusiasts who believe the '70 is the best-looking of the bunch. Looking at this gorgeous Red coupe (it's not quite Titan Red, but it's close), it's hard to argue. For many years, the values on these cars meant that restorations were rarely done properly and you never saw a big investment. That's definitely not the case here, with laser-straight bodywork, beautiful, higher driver-quality paint with a deep shine, and good panel fit throughout. The work is about three years old so it's no longer perfect, but you're going to have to look pretty hard to see the flaws and touch-ups. The shape is as striking today as it was 50 years ago, conveying a sense of power and competence without resorting to stripes and wings. No, this is a car for grown-ups, but you don't have to be shy to own it, because you're going to get A LOT of attention. The chrome is in good order, with massive bumpers fore and aft, the fender skirts offer a touch of class, and that unique baleen-like front grille is really an awesome design feature for the '70 model.

The beautiful white interior appears to be a combination of preserved and restored components, with the previous owners using correct patterns and materials when they were needed over time, and it's always cool to see buckets and a console in a full-sized luxury car. The dash would set the pace for Buick for the next decade and this car is loaded with options including cold factory A/C (with R134a refrigerant), a tilt wheel, power windows, and that cool speed alert system inside the speedometer. Gauges cover only the basics, so they've added a trio of auxiliary gauges under the dash, just ahead of the middle console. And we have to say this might be the coolest shifter ever. There's an aftermarket AM/FM/CD stereo that sounds great, and inside the hushed Buick interior (thanks in large part to the contrasting black carpet below), sound quality matters, and there's a custom amplifier and a subwoofer that handles the tunes. Out back, the absolutely cavernous trunk is neatly finished with black carpets and has enough room to accommodate almost any traveler.

That's the original, numbers-matching 455 cubic inch V8 under the hood, which was rated at a very substantial 370 horsepower and a towering 500 pounds of torque. It makes the big Riv feel downright fast, but it's effortlessly smooth under all circumstances and just ignores the drag of things like A/C and power steering. Dante Red paint on the block gives it a traditional Buick look and the proper 'GS 455' decal on the snorkeled air cleaner lets everyone know right away that this Riv can handle itself if it needs to. It appears to be almost entirely stock, including the big Rochester 4-barrel carburetor that replaced the dual quads when the 425-inch V8 was dropped. Factory exhaust manifolds feed a mellow-sounding dual exhaust system which uses chambered mufflers for a factory rumble. The TH400 3-speed automatic transmission was the only option, but you already know it's indestructible, and the beefy 10-bolt rear end houses highway-friendly gears. Note that this car has not spent its life being abused and it looks fantastic sitting on Buick Road Wheels and big 225/75/15 Hankook white-wall radials.

If you've been admiring these cars, now is the time to buy because they won't be getting cheaper. This one stands out and gets everything right, and it's still a fraction of the price of a Chevelle or GTO. Documented with an original Protect-O-Plate, RPO card, and owners manuals, this is the Riv you've been waiting for. Call today! 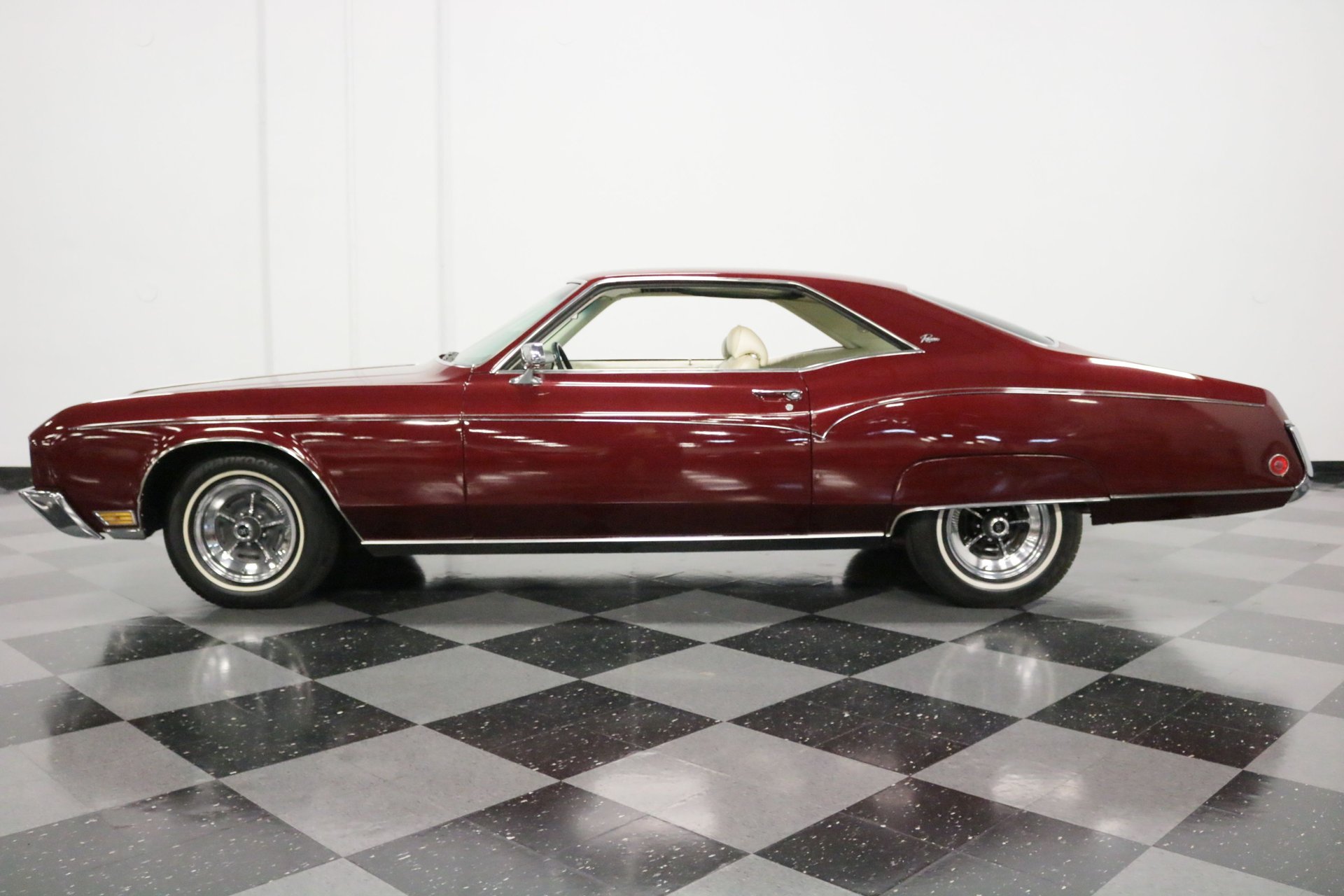