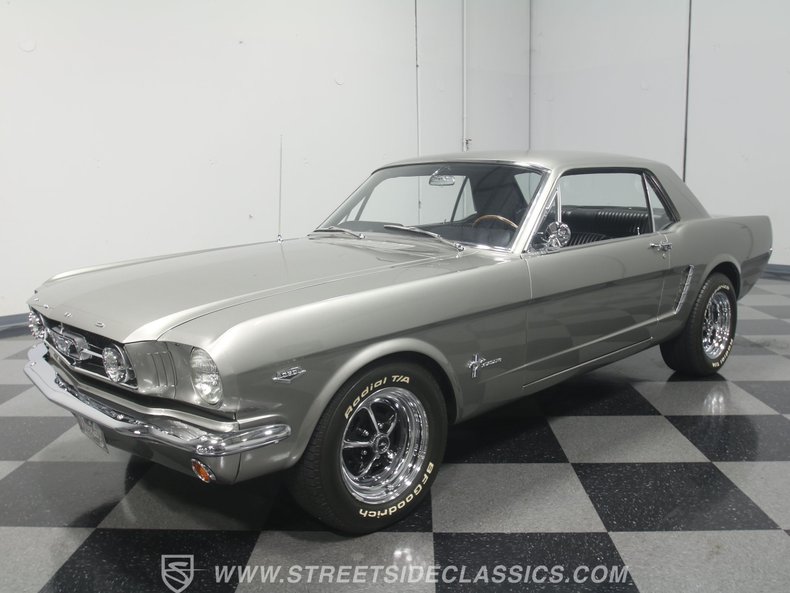 The car market is changing rapidly, and perhaps the most surprising thing is that formerly common, affordable cars are now hot collectors' items. VW convertibles, MGBs, and Mustangs like this 1965 coupe are all former bargain-basement dwellers that are no longer second-class citizens. Someone has obviously invested big money in this sleek silver hardtop and it includes all the features you'd want from your favorite pony car.

It's hard to make silver look this good without a lot of time and a lot of money, and that's obviously what happened here. Taking one straight, original car, it was refinished using a lot of hand labor to block the sheetmetal until it was straight enough to calibrate NASA's instruments, then shot with a few coats of the best two-stage urethane you can buy. The gaps are so even and tight that they virtually disappear against the silver body, and it is almost devoid of ornamentation so it looks quite sinister. No modifications mean that it has a classic look, and with GT fog lamps up front and a GT rear valence with exhaust trumpets in back, it's a bit aggressive, too. It's a C-code car, so it came from the factory with a 289, so it's still proudly wearing those emblems on the front fenders. Nice chrome bumpers sparkle against the silvery finish, along with the stainless window surrounds that were polished to a high shine. If you want attention, driving this car will do it.

You'll find black buckets inside, which were standard equipment on all Mustangs. The Pony seat covers, carpets, and headliner are new and an aftermarket center console was added along the way. It's nice to see that they aimed for an OEM look instead of heavy upgrades, and it works just fine in this coupe. Aftermarket A/C was added under the dash and it blows ice cold thanks to modern hardware working behind the scenes. A woodgrained Cobra steering wheel on a tilt steering column frames a set of custom Auto Meter dials in a gauge panel that closely replicates the original GT instruments. Nice! An AM/FM/iPod radio looks quite correct up high in the dash and the trunk is detailed with a recent reproduction mat.

No early Mustang is complete without a 289 under the hood, and the snarky small block that powers this pony has a few upgrades that make it a blast on the street. Inside there's an .040 overbore to add a few cubes, along with ARP head bolts, roller rockers, and a custom cam. Up top, there are Edelbrock aluminum heads, a Holley 4-barrel carburetor, and an upgraded ignition system, all buried under a Cobra air cleaner. The engine is painted correct early-1965 black and starts with a great small block bark from the twin mufflers; there's nothing else that sounds like it. A C4 3-speed automatic transmission with a new torque converter is hardly a demerit thanks to quick reflexes and relaxed cruising capabilities and you're certainly not going to hurt the 8-inch rear end by having a little fun on the street. It drives beautifully and there's a ton of time invested in getting the underside sparkling clean. Magnum 500 wheels look great and wear 215/65/15 front and 235/60/15 rear BFGoodrich T/A radials.

You can probably count on Mustangs of this caliber getting more expensive in the future, but right now, you can have this one for less than the cost of resurrecting a project car. Call today! 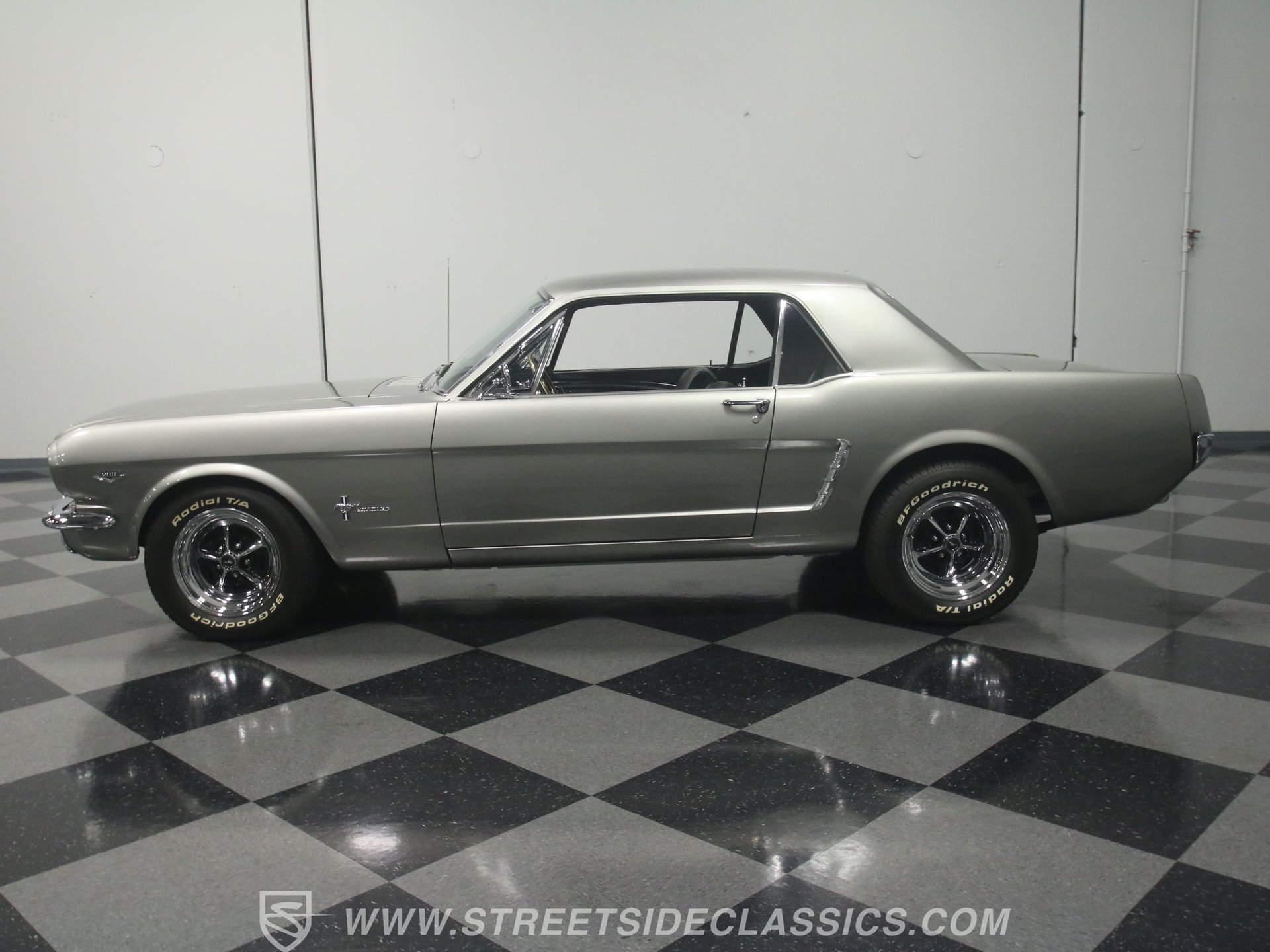