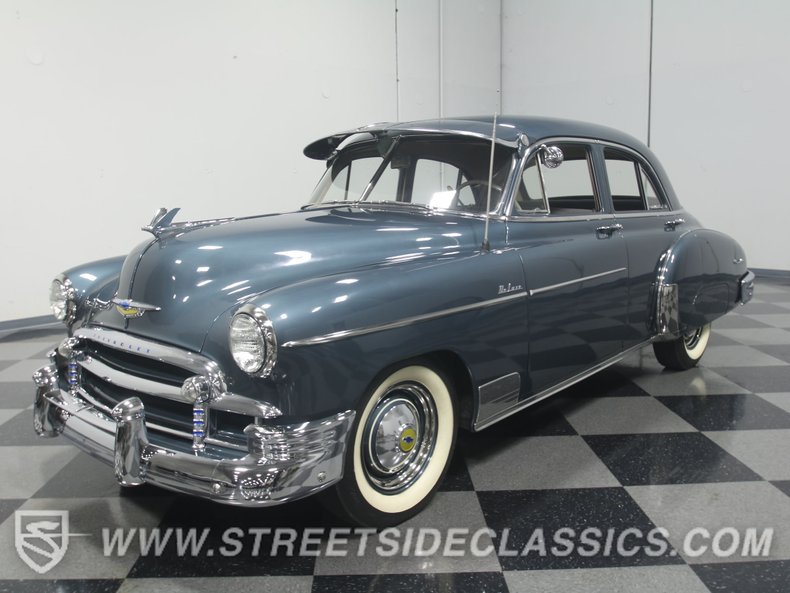 This 1950 Chevrolet Styleline 4-door is one of those cars that's a great glimpse into the past, yet is cleverly modified to remove all the past's liabilities. Clearly a labor of love, this cool sedan gets everything right and if you like the old-school look, you're going to love how it drives.

This particular shade of medium blue always looks right on early '50s cars, representing the conservative values of the time and there's nothing more conservative than a Chevrolet 4-door sedan. On the other hand, even the everyman Chevrolet was beautiful to look at and exquisitely detailed, so today it looks like it should cost thousands more than it does. Getting four doors to fit as well as they do here, plus that big hood, means that a lot of hours were spent sweating the little stuff. The curvaceous fenders make for a very appealing look and the sweep of the roof remains one of the best in the automotive kingdom. Accessories include fender skirts and a windshield visor, both popular in 1949 and lending this Chevy an upscale look. The chrome and brightwork is in great shape as well, including the beautiful hood ornament, which is pretty cool all by itself. Nice stainless trim buffs up beautifully and aside from a few signs of use and age, it still looks pretty darned nice.

For understated elegance, nothing beats the 1940s. The striped upholstery, the low-key carpets, and the beautifully simple instrument panel make this Chevy as inviting as your grandmother's house. All of it appears to be original and shows only minor signs of use, most notably some light stretching of the front seat upholstery. Otherwise, it looks very fresh and very well done, with only carpets being newer replacements. The gauges are all housed in a single round pod ahead of the driver and the effect is very appealing. Bakelite knobs control lights and wipers, and while there used to be a 2-speed PowerGlide transmission underneath, the lever now controls a 700R4 4-speed automatic overdrive. Nice! The car has been upgraded to 12 volts, so the radio and clock aren't working, but you probably won't miss them as you're driving down the street. The back seat is completely untouched and for family vacations, the big trunk with matching carpets and a vintage bias-ply spare tire and jack assembly is ideal.

Chevy's bulletproof 235 cubic inch inline-six was the backbone of the company for decades, and in this car it affords bright performance and reasonable economy, too. Insanely simple to work on and famous for its durability and smoothness, you'll find that this is an easy car to love. The engine bay is pretty original, showing corporate gray paint on the block and a correct oil bath air cleaner. It starts easily with a great six-cylinder grumble from the single tailpipe and is happy to cruise at 65 MPH without complaints thanks to the upgraded transmission, open driveshaft, and modern 10-bolt rear end with 3.23 gears inside. Brakes were upgraded with discs up front for safety, and you'll be surprised by the competence the neat little sedan demonstrates out on the open road. It's quite clean underneath, proving that it spent its life in a mild climate, and with G78-15 wide whites on painted steel wheels with trim rings and hubcaps, it looks dashing from any angle.

A very neat little car with a restoration that cost several orders of magnitude more than the asking price. If you like these cars, you'll probably have a hard time finding a nicer 4-door anywhere. Call today! 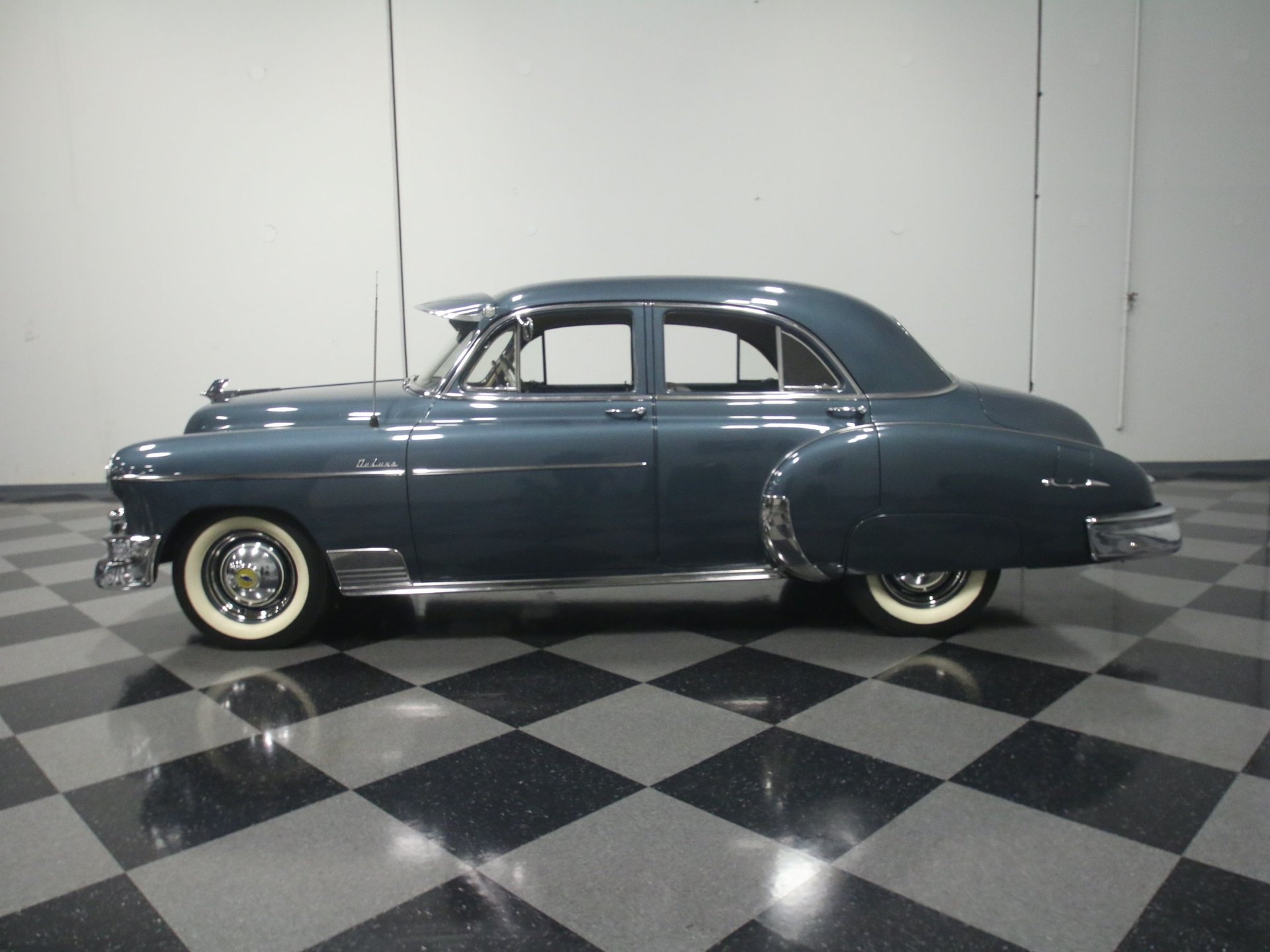