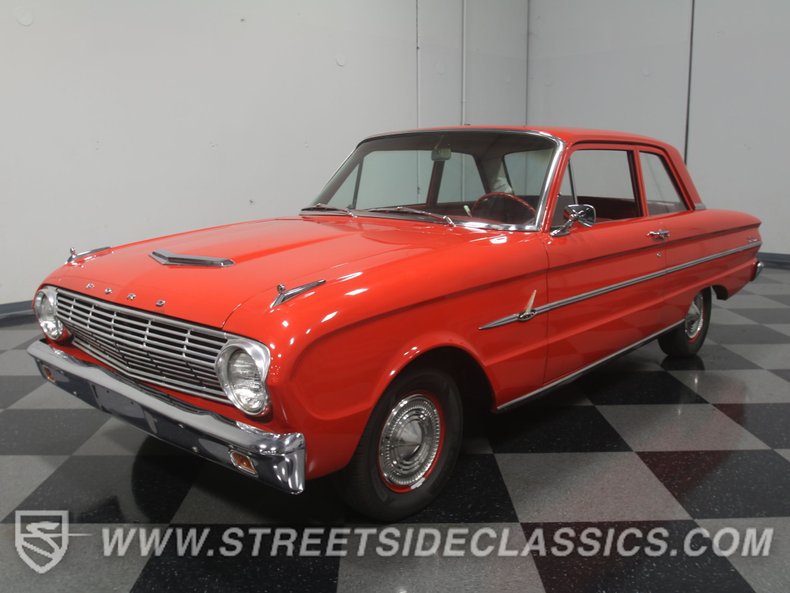 You'll be hard-pressed to find a garden-variety used car, let alone a cool vintage car with bright red paint, a comfortable interior, and a peppy yet economical engine for less than the price tag on this 1963 Ford Falcon 2-door sedan. Why not commute in style instead of in some anonymous rental return?

Despite its tidy dimensions, Ford packs a lot of style into its popular compact model. Looking a lot like a 5/8-size Galaxie, it has a bit of Thunderbird in the front fenders, a slick hood scoop, and, of course, Ford's attractive jet-inspired taillights. The bright red paint job on this one accentuates the crisp body lines with two shades of gray that look right on the vintage sheetmetal and give this affordable classic a very upscale look. The workmanship is actually quite good, which you might not expect at this price, but someone obviously did this one with love rather than profit as their motive. Is it perfect? Of course not. But aside from a few bumps and bruises that are merely evidence of being driven and enjoyed, it's still plenty attractive. There's also a lot of brightwork that will satisfy any fan of the era, from the nicely detailed grille and fender ornaments to the bright chrome rear bumper and FALCON block letters on the rear panel.

The interior isn't totally correct, but it sure looks great! Those are the original seats, now covered with handsome red fabric seat inserts that duplicate the original patterns and are a lot more comfortable than the original vinyl. Close to the same shade as the bright red bodywork, it's a combination that would look at home on an upscale European import as much as on this sturdy Ford. They work well with the door panels, which appear to be original, and black carpets prevent it from becoming red overload. The steering wheel is nicely finished in red as well, and without so much as an AM radio, this Falcon has an honest 1960s look that many of us, tired of technology in our cars, might find refreshing. And despite being a small car, this Falcon has a spacious trunk with what appears to be the original mat and a pair of full-sized spare tires.

They say that everything goes in cycles, and despite the horsepower wars warming up in the early '60s, the Falcon instead went with style and economy instead of brute horsepower. The 170 cubic inch inline-six works well with the lightweight Falcon, and delivers impressive fuel mileage, even today. The engine bay is tidy, the block wears correct black engine enamel with bright red tinwork, and all the belts and hoses are recent so it's ready to go. In fact, it runs superbly thanks to an owner who really loved this little red Falcon and he loved to drive it. It exhales through a single exhaust system, as original, and the automatic transmission delivers smooth shifts and remains unobtrusive in traffic. The undercarriage, as you can see in the photos, is clean but not detailed for show, and there are recent shocks that give it a nice ride. Even the tires are economical, being modest 185/70/13 blackwall radials with factory wheelcovers.

Whatever you're looking for, whether it's an affordable hobby car or just fun transportation, this Falcon delivers. Call today! 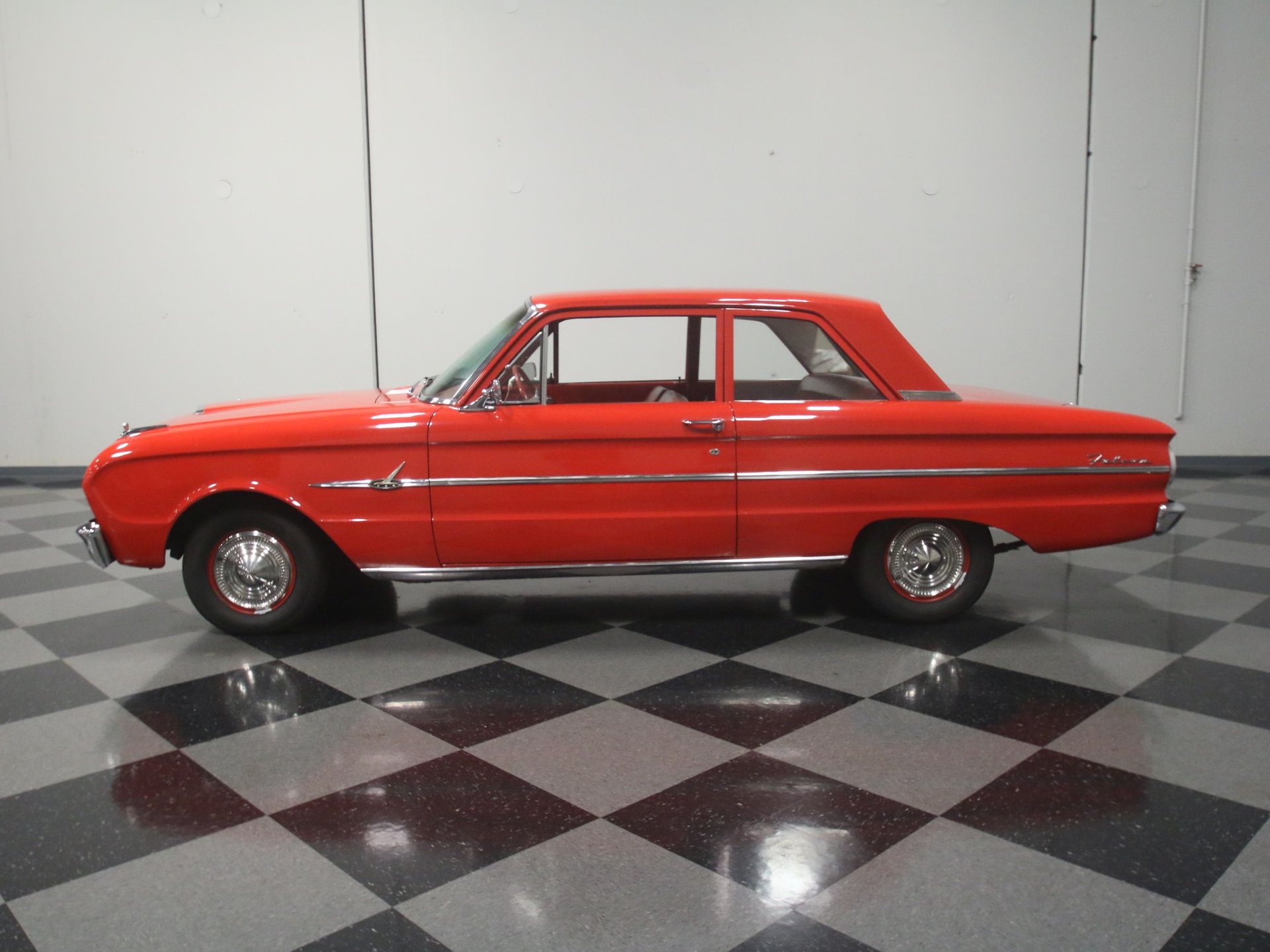