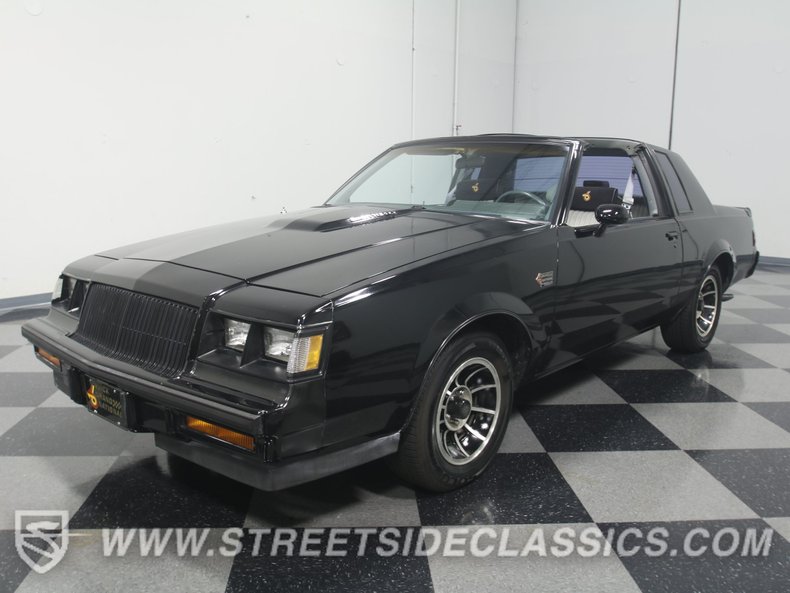 Falling solidly in the "survivor" category, this remarkably well-maintained and super clean 1987 Buick Grand National hasn't been abused, raced, or otherwise mistreated. Instead, it shows just 43,181 original miles and has been in the long-term care of an enthusiast who always treated it as something of value. With the market for these cars growing each year, it's getting harder and harder to find one that hasn't been modified, raced, or wrecked.

These cars were sinister when they were new, and even today seeing one of these blown Buicks prowling the streets fills a car guy with excitement. The legend has probably outgrown the actual car at this point, but the blacked-out trim, the bulging hood, and the simple ducktail spoiler all give this car a look that demands respect. That's original paint, and the car has never been hit or damaged, yet it looks a lot younger than its 30 years would suggest. The nose shows almost no signs of having been driven, and unlike cars that have been on the track, the lower rocker panels and quarters haven't been sandblasted by rocks thrown by sticky racing slicks. These cars seem to have better initial paint quality than most GM cars of the period, so there's very little orange peel although it is a bit faded and there are the usual swirl marks. However, the bumper fillers have been replaced and a professional buff would probably make it look 10 years younger. Even with the T-tops and all that torque, the doors open and close easily, the trunk fits right, and the hood gaps are excellent.

This GN also carries two-tone bucket seats with embroidered headrests, transforming the formal Regal interior to something a bit more appropriate. The original seats remain in exemplary condition, with no major wear in the high-traffic areas like the driver's side bolster. Gauges are basic, although engineers managed to stick a bar-graph tachometer and boost gauge in the lower corner of the speedometer, both of which you'll enjoy watching as the potent V6 builds power. However, for a little help, there's also a giant tach on the steering column as well as an A-pillar mounted boost gauge. As a Buick, the GN was loaded with just about every comfort and convenience feature you could throw at a car, including A/C, power windows, power locks, a tilt wheel, and a center console. The headliner remains taut, a problem with cars of this vintage that this one has avoided, and the neatly preserved trunk still carries its original space-saver spare.

The 3.8 liter turbocharged V6 is legendary, and while it's possible to make giant horsepower with just a few bolt-on modifications, the car's previous owners were able to resist the horsepower siren's call of a bigger turbo and revised computer programming. The original components remain intact, including all the turbocharger hardware and fuel system, two things that were often modified almost immediately. The engine bay is nicely preserved, and it's easy to tell that enthusiasts have owned this one, because the A/C system looks mostly new and there are correct details throughout. Underneath, it's just as clean, and the recently-serviced 4-speed automatic transmission still upshifts almost imperceptibly and downshifts with authority when the boost comes up. This one also wears a set of optional alloy wheels with black accents that look great, plus a set of 215/65/15 performance radials.

Great to drive, handsome to look at, and with the same guy since 1994, this Grand National remains surprisingly affordable...for now. Call today! 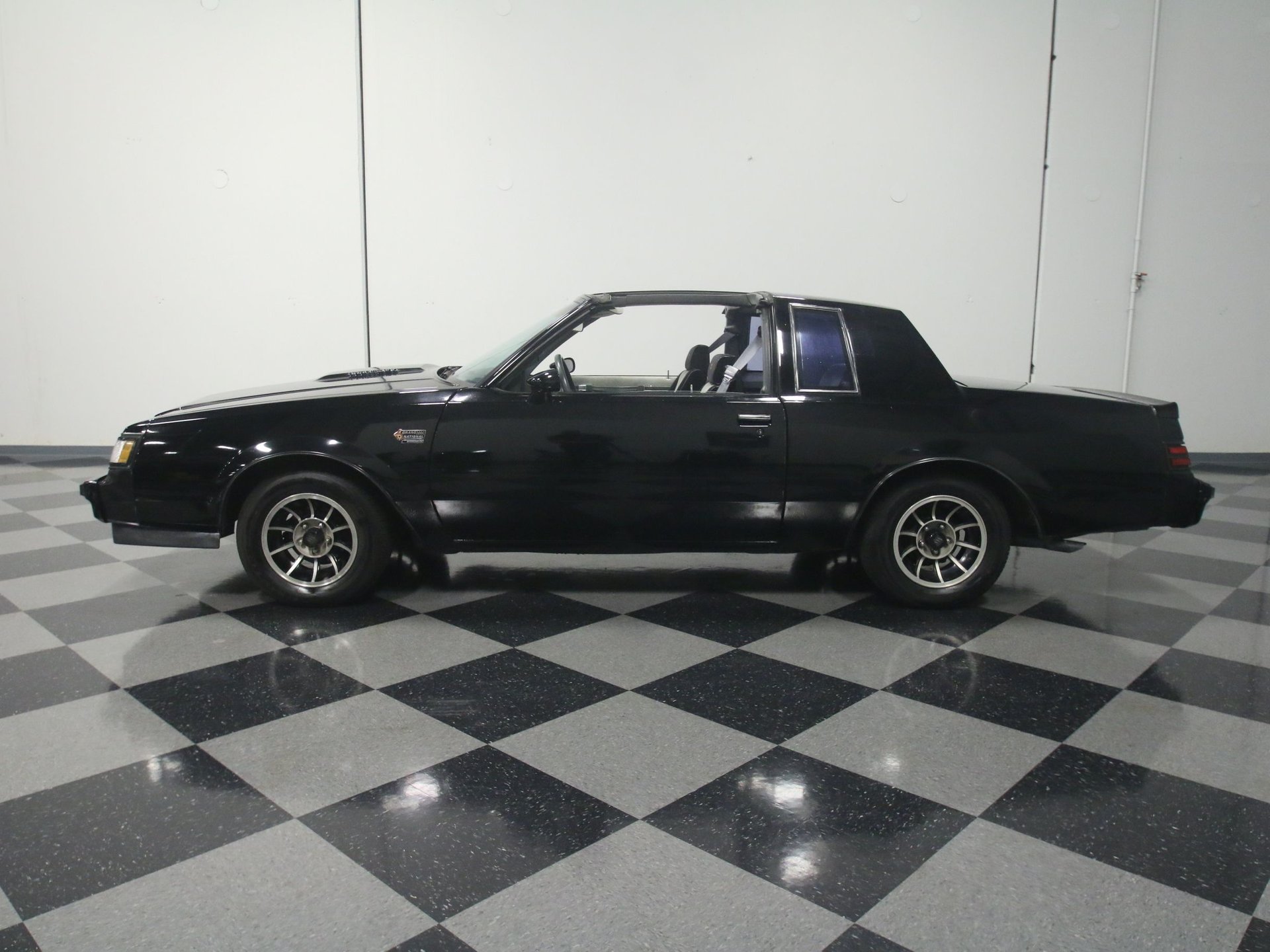