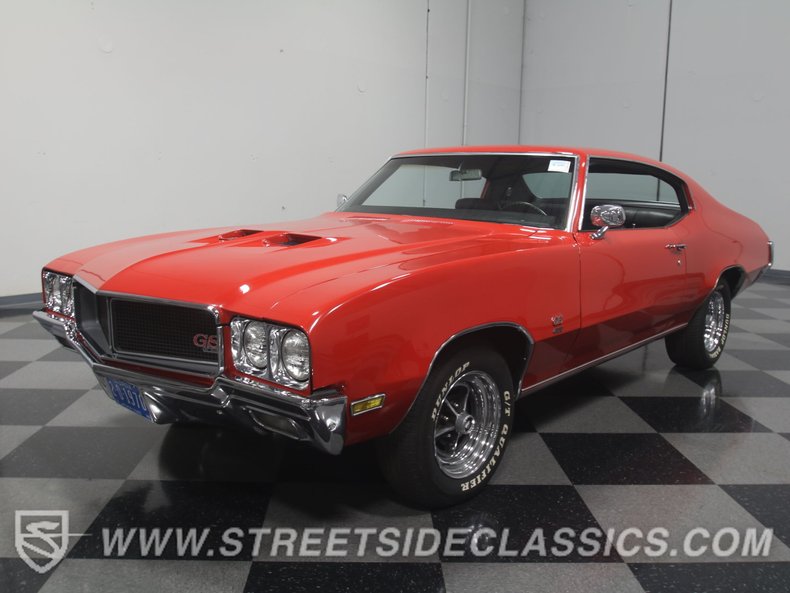 It's still shocking to many enthusiasts that the big, bad GS Buicks don't get more respect from the collector car market. With more torque than anything this side of an LS6 Chevelle, and a unique combination of luxury and performance, cars like this 1970 Buick GS455 should be on every muscle car fan's list of favorites.

That can work in your favor, however, because there's a ton of performance in this car for a fraction of the cost of a big block Chevelle. This car started out as a real GS455, but during the frame-off restoration, was upgraded with a built 1972 455 that's an even bigger horsepower factory than the original. Fire Red is the color, and it looks fantastic on the Buick's curves, perfectly fitting with the division's performance mission. Bodywork was done a few years, and everything fits together nicely, including the ram-air hood, which was part of the GS package. It's been driven a bit and there's some evidence of use, but nobody's going to miss this big red Buford. Proper GS 455 badges were procured for the transformation, including the one on the blacked-out GS grille up front. Chrome is quite good throughout, and the unique red-trimmed rocker panel trim adds a racy look.

The black vinyl interior is in good order, including correct seat covers on both the front and back bench seats, reasonably plush carpets, and nicely turned-out door panels. Gauges are in good condition, and this one features an optional speed minder speedometer. To help monitor the engine's vitals, three auxiliary gauges have been added under the dash, and I think if this were my car, I'd try to find a hood-mounted tach at a swap meet and bolt it on. The three-spoke steering wheel is in fine condition and adds an appropriately racy atmosphere to the driver's compartment and the original AM/FM radio is in the dash, although it's probably due for an upgrade. In the trunk there's a correct mat and large spare tire that'll fit front or rear, just in case.

The original, numbers-matching engine was pulled and set aside (it's included with the car), then the rebuilt 455 cubic inch big block dropped in. With an .030 overbore, a Kenne Bell cam, and 10.25:1 compression, it's definitely got the hardware. Up top there's a Rochester carburetor that matches the one you'd get on a Stage 1 car, a set of TA Performance heads that were ported and polished, plus those aluminum Buick valve covers. With 12,000 miles on the build, it's broken in and ready to rumble The TH400 3-speed automatic transmission shrugs off the horsepower going through it and spins a correct 12-bolt rear end with 3.64 gears and a Posi inside. Long-tube Mickey Thompson headers feed a 2.5-inch exhaust system that sounds awesome and it sits on ever-handsome Buick road wheels with staggered 215/70/15 front and 225/60/15 rear Dunlop radials.

This is a handsome, fast, well-sorted muscle car from arguably the best year for performance and power. If you've been searching for a clean A-body with a big block, perhaps you've just been looking under the wrong banner. Take a long look at this GS and see if maybe you'd prefer a little extra luxury with your muscle, then give us a call! 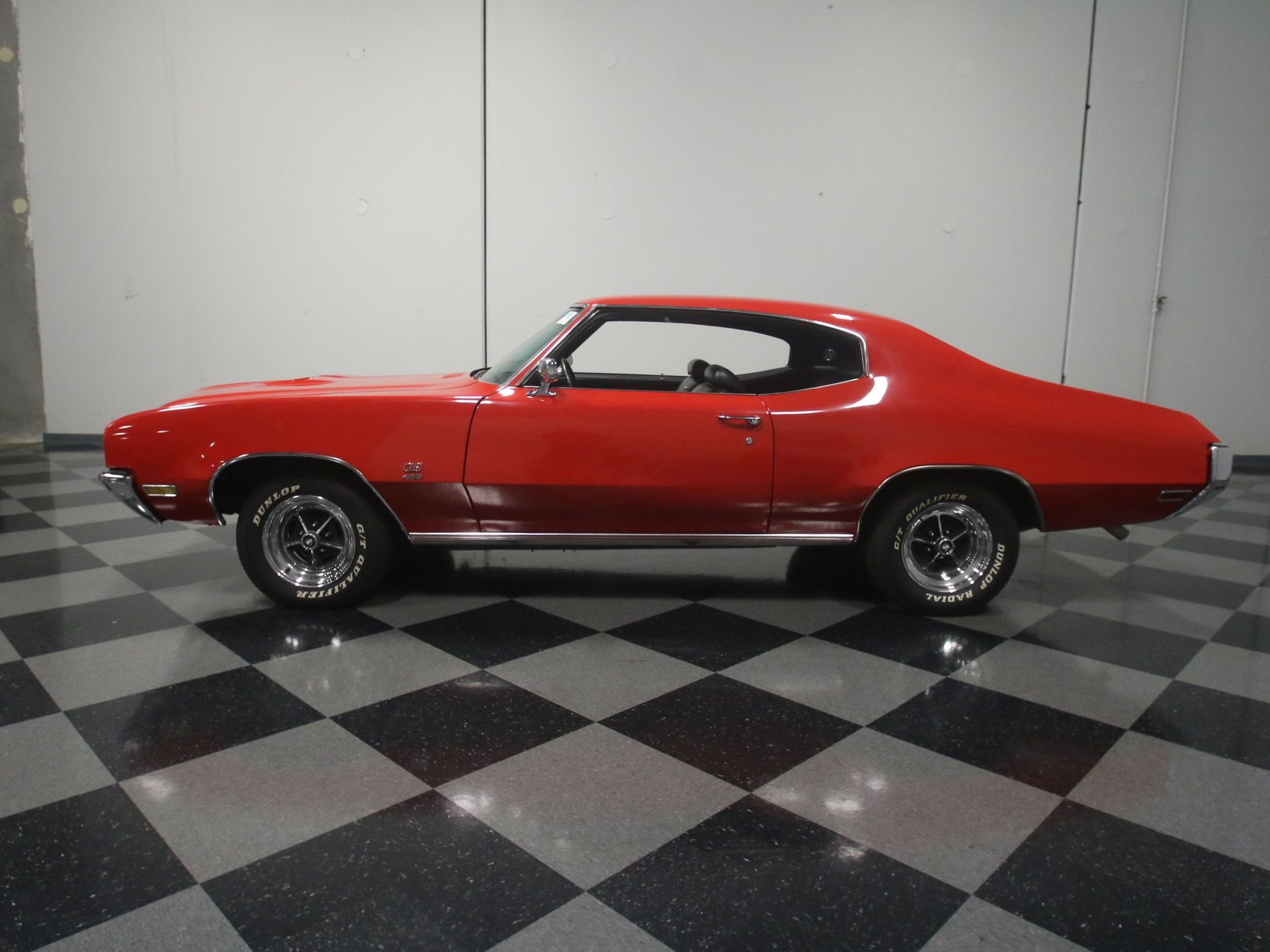