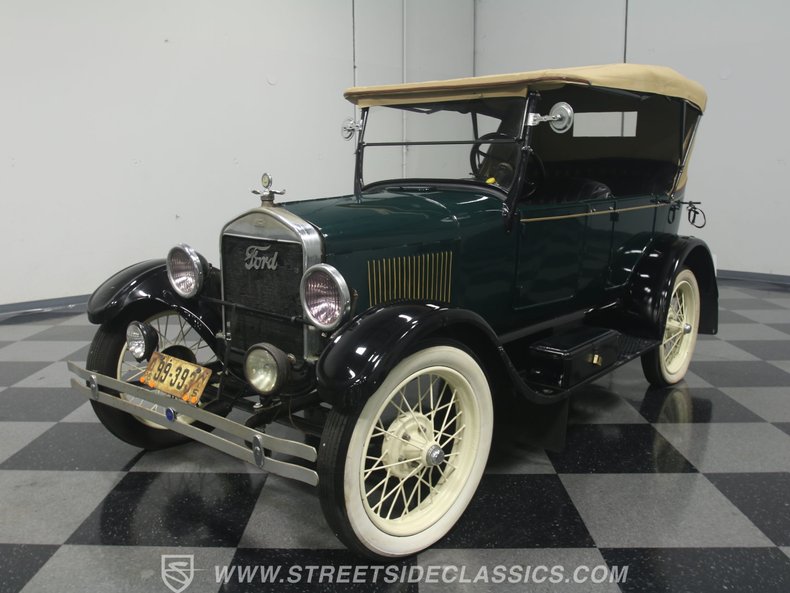 The Ford Model T has been a mainstay of the old car hobby for more than 100 years, and there's no sign that enthusiasm for the Tin Lizzie is waning. If you enjoy touring in an early Ford, then this handsome 1927 touring car will suit you, well, to a T.

1927 was then final year for the Model T, but that didn't mean that popularity was diminishing; they built more than a million of them in 1927! They remained affordable, rugged machines that anyone could drive and service, and that's certainly true with this handsome touring car. With an older restoration, this Model T is one of those cars that's got great patina and works the way it should. By 1927, Henry was allowing more than just basic black, and the dark green finish with black fenders is a timeless look that ideally suits the upright Ford. Fit and finish are pretty good, quite likely close to how it was when it was new, with all four doors fitting tight to the body and a hood that snugs down without rattling on the road. A plated radiator shell (a little rough) and matching headlight rings give it an authentic 1927 look, and accessories include a side mirror, bumpers, and a cover for the spare tire, complete with Ford script logo.

Basic black leatherette is what all open Model Ts received and it's got a period-correct look with pleats and buttons. Door panels are brutally simple swatches of cardboard and leatherette with small cutouts for the door handles. Floors remained wood, along with much of the body's framing, and the dash was still a simple affair with just controls for the ignition system and an ammeter (even a speedometer was optional!), although there's an accessory Boyce moto-meter out on the radiator to keep an eye on temperatures. Controls will be familiar to anyone who's driven a T, but if you've never been behind the wheel, don't worry; millions have mastered it and you'll be driving like an experienced T pilot in no time. Overhead, there's a tan canvas folding top with a glass rear window that's showing some age but still looks nice and gives the T a more impressive look.

The Model T's powerplant continued to be a 177 cubic inch inline four, which was rated at about 20 horsepower, but its performance feels like twice that much. Most of that is due to the good low-end torque and smart gearing, and once it's in high gear, this T is happy to cruise at 35 MPH without complaints. The block is finished in black engine enamel with a correct updraft carburetor that's still fed by gravity to keep things simple. A standard coil ignition system lives in that box atop the cylinder head and later Ts like this feature a water pump (early cars were thermosiphon) so it's happier in traffic. The chassis is in good order and shows black running gear and a reproduction exhaust system with just the right sound. Model Ts still used 2-wheel brakes, but they're more than adequate for the car's modest performance. Handsome wire spoke wheels are painted cream to match the pinstripes and wear bright 4.5/4.75-21 whitewalls, which were probably not what Henry intended but they do look great.

Dependable and fun, the Model T is both an excellent starter collectable and the object of many enthusiasts' collections. With charm that will never go out of style, this Model T touring is ready to enjoy today. Call now! 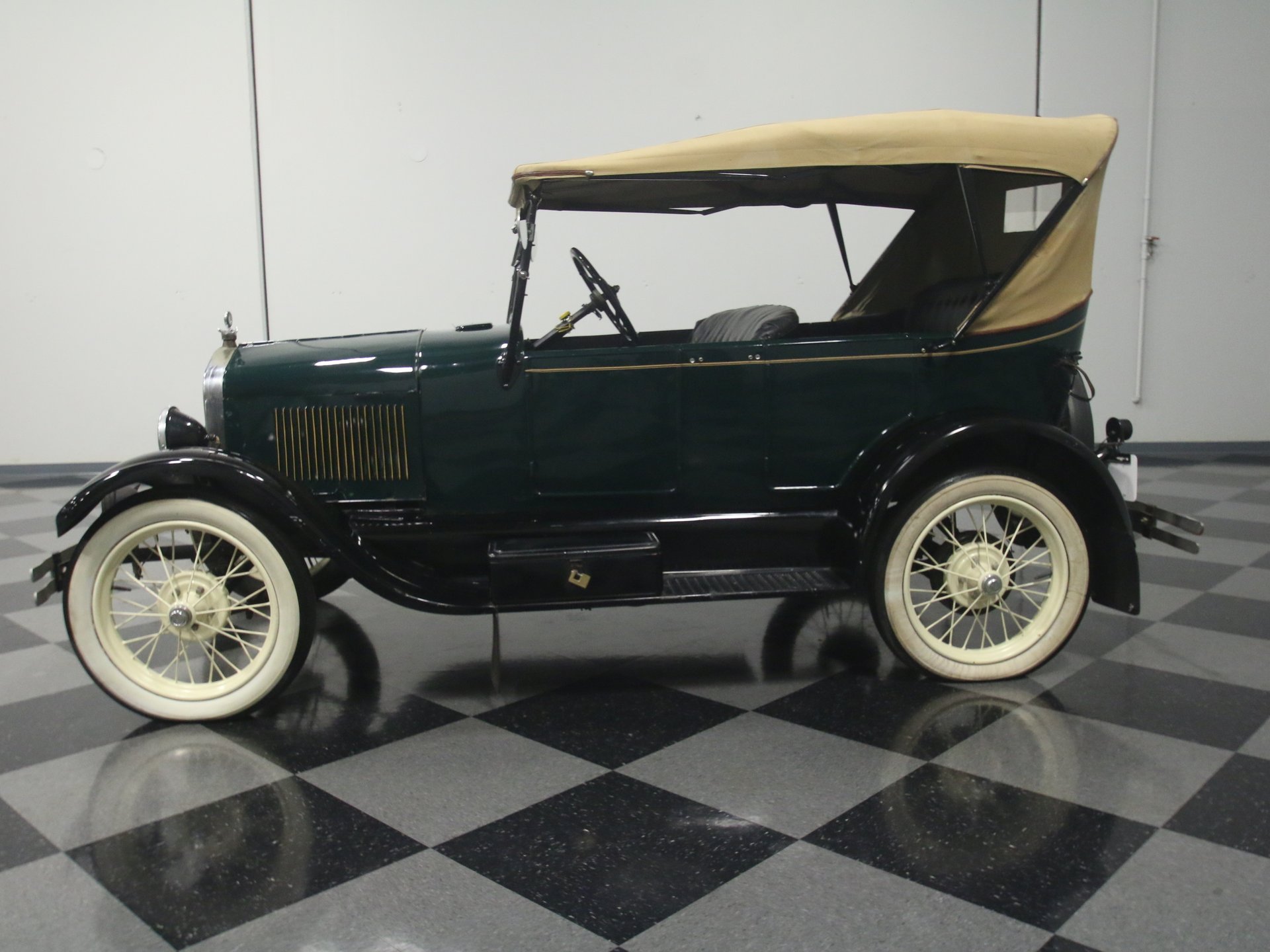