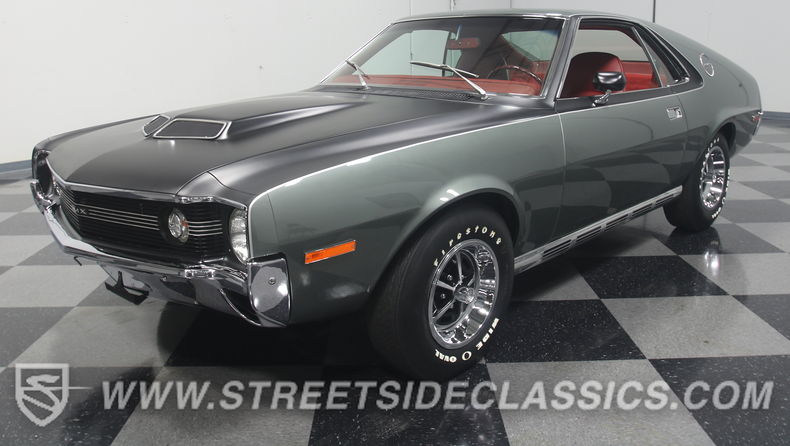 This is quite likely the finest 1970 AMC AMX you'll ever see. Go Package, 390, lots of options including A/C, and an awesome pedigree. Someone spent big on this restoration, there's no question about that, and the result is a car that out-shines many of its muscle car contemporaries and one that you'll rarely see at a show. You don't have to be an AMC fan to realize this is one heck of a muscle car.

The AMX is so much more than merely a shortened Javelin. The proportions that can look ponderous on the Javelin are lean and muscular on the AMX, and the design beautifully lends itself to this car's two-tone paint scheme, with the original code 95A-8 Sonic Silver metallic offset by a satin black "shadow" on the hood. Paint and bodywork are every bit as spectacular as they look in photos (quite likely even better) and it's incredibly rare to see this kind of investment in an AMX, both in terms of time and money. It's just plain slick with details like the hood scoop, fluted rocker moldings that look like side pipes, and the full-width taillight that makes the AMX look wide and low. The overall look is aggressive and powerful, like a coiled spring ready to explode off the line, and the car definitely commands attention out on the road, even if a lot of folks don't even know what they're looking at. With 1970 being the lowest production year for AMXs, who can blame them? It's an exceptionally cool car made even more so by its rarity.

The interior has been beautifully restored, but if you're not familiar with the AMX, you might overlook the cool stuff. First off, red is a very rare choice in any AMX and we're not sure we've ever seen it before in any AMX of any color. The high-back buckets are expertly upholstered with factory-style patterns and materials, and the door panels have vertical pleats that match. The two-seater configuration, of course, obviates the back seat, leaving a fully carpeted bulkhead that puts the center of gravity right under the driver's seat, so the car feels agile on the road. Plenty of woodgrained details make it feel expensive and upscale inside, including the shiny burled walnut on the center console. The original gauges have been restored, the A/C blows cold, and the rim-blow horn works as advertised. The only possible demerit might be that the original AM radio isn't working, but you'll probably enjoy the drive so much, you won't miss it. There's even a decent-sized trunk out back, which includes a correct mat and space-saver spare.

Speaking of performance, it's delivered by AMC's top powerplant, a 390 cubic inch V8 with 325 horsepower, enough to make the AMX one of the most potent machines on the road in 1970. Sharply detailed for show, it wears correct turquoise metallic engine paint, chrome valve covers, and a functional ram air air cleaner. The big A/C compressor dominates the engine bay, but it's cool to see the additional bracing that makes that long nose possible. Factory cast iron exhaust manifolds dump into a custom dual exhaust system that sounds awesome without being obnoxious. The chassis is properly finished with lots of new components in the suspension and brakes, and the 3-speed automatic transmission snaps to attention when you need it to. Racy Magnum 500 wheels wear reproduction F70-14 Goodyear Wide Oval bias-ply tires for an authentic look and feel.

Beautiful, fast, and fun, it's only a matter of time before the AMX takes its rightful place among top-tier muscle. Call today and take home the best one you'll ever see! 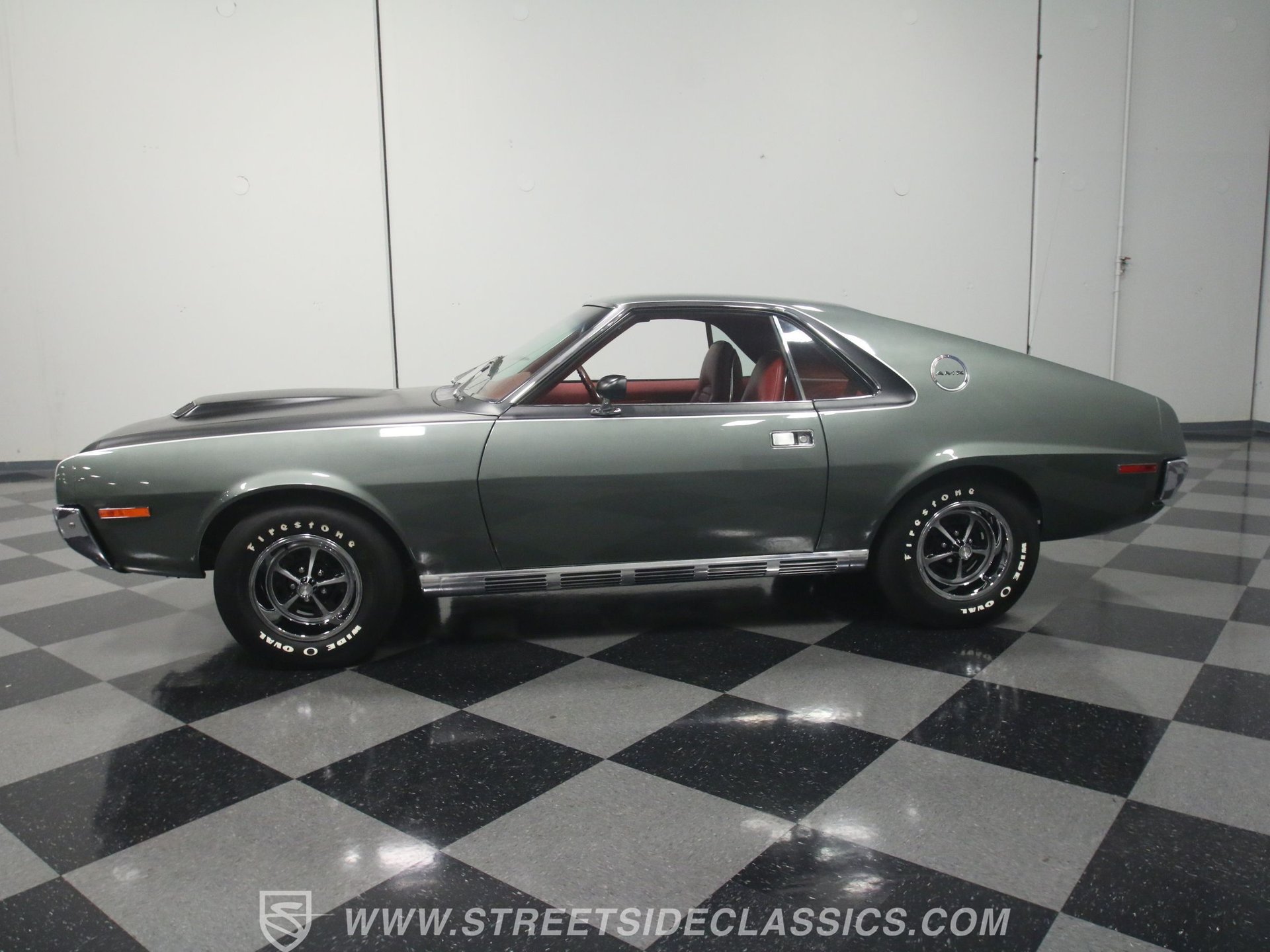