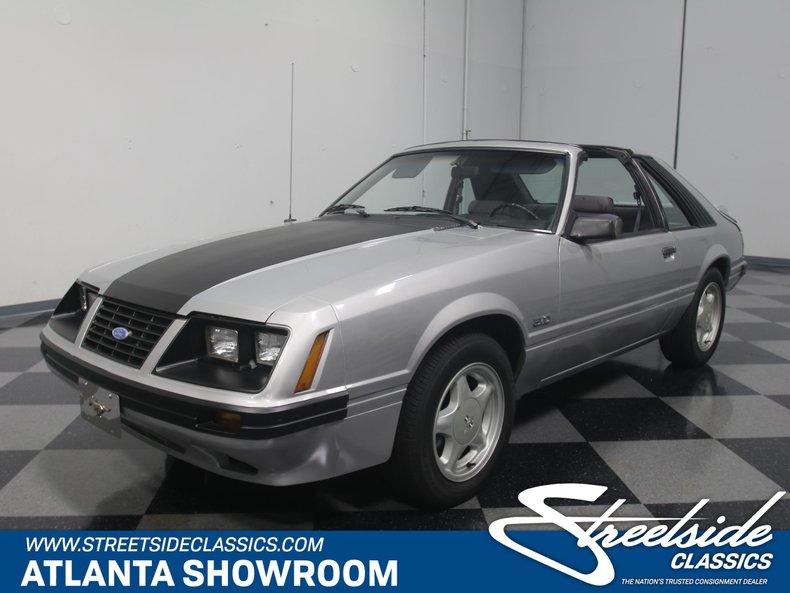 This is it, the car that re-started the muscle car craze in the early 1980s. This 1984 Ford Mustang LX 5.0 was the first volley in the second round of the horsepower wars, and it gets everything right, even today. Finding clean, unabused, and straight Fox Mustangs isn't easy these days, but this one has a lot going for it.

The silver paint with a gray stripe was Ford's signature look in the '80s and it looks great on this '84 LX, which is the GT's fraternal twin with slightly less aggressive clothing. Finish quality is about what you'd expect for a 30-year-old Mustang, although the repaint isn't quite as old as the car. There are no significant modifications, no goofy wing, no body kit, no cowl induction hood, so it retains that clean, chiseled look that made the Fox Mustang such a runaway hit. There are signs of use, but the doors close with authority, which is especially nice considering that this is a T-top car. The rub strips on the flanks have been removed to clean up the look a bit but it retains the stock-style rear spoiler, window "gills" and legendary '5.0' emblems on the front fenders. This is a Mustang that's obviously led a good life.

The interior is just as well maintained, starting with the gray cloth bucket seats. There is some wear, yes, but no splits or tears in the upholstery and considering its age, the preservation is impressive. Original door panels and carpets lend more credence to the idea that this is a car that was always well-maintained, and just about the only demerit might be a pair of cracks in the dash pad. The original radio is gone, replaced by a modern AM/FM/CD stereo head unit, but otherwise it appears to be original spec throughout. The funky steering wheel is pure '80s Ford, and it includes options like cruise control, A/C (needs to be serviced), power windows and locks, and the aforementioned T-tops. The original shifter manages a T5 5-speed manual gearbox, still one of the best-shifting manual transmissions ever made, and all the big-round gauges are operational. In back, you get a good-sized trunk under the hatch, which includes tie-downs for the removable roof panels, a pair of aftermarket speakers, and a privacy shade to keep prying eyes off your gear.

The engine is a freshly built 5.0 that's built just the way you'd want it if you were doing it yourself. It's a 1990 roller short block with GT40 heads, upgraded springs, 1.7:1 roller rockers, and an E-303 cam, so it makes great torque without being peaky. There's still a 4-barrel carburetor under the chrome Motorsport air cleaner, and the matching valve covers dress things up a bit. All told, it makes about 300 very tractable and well-behaved horsepower, so it's just a joy to drive. Other upgrades include a big radiator up front, shorty headers, and an X-pipe with Flowmaster mufflers for that traditional 5.0 sound. Thanks to the freshly rebuilt T5's tall overdrive, a set of 3.73 gears out back make it feel punchy around town, but it's relaxed on the highway. There's also a new Stage II clutch, upgraded shocks, and you know we love the sight of two pipes coming out the back, which should be a tip-off that this isn't a stock 1984 Mustang. Later Mustang 5-spoke wheels are still one of the very best designs for these cars and it wears 215/60/16 performance radials.

If a 5.0 Mustang can be considered a sleeper, this might be it. Nicely preserved with a properly upgraded engine, it's a ton of fun to drive and ready to go right now. Call today! 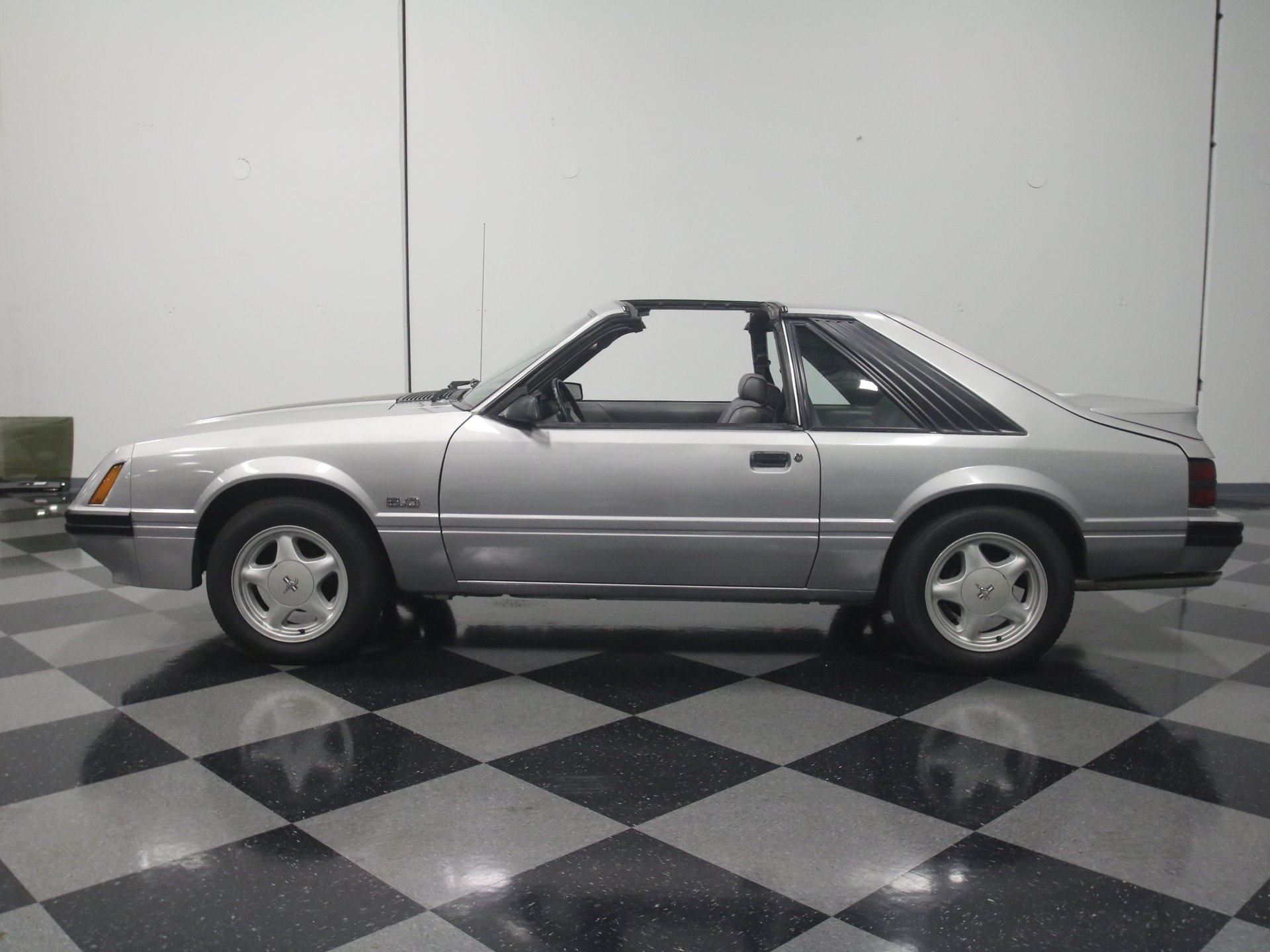