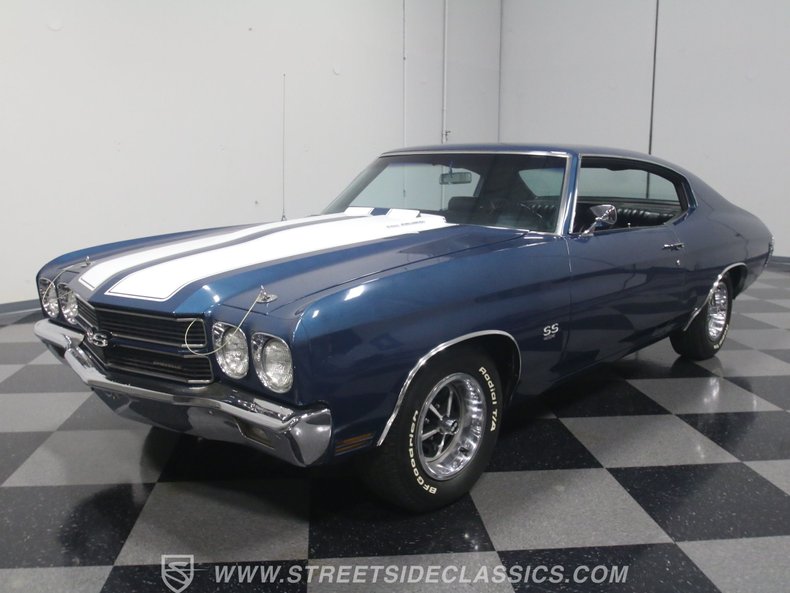 1970 Chevelles are blue-chip muscle investments, but they're also a blast to drive. This slick Fathom Blue SS is a real-deal LS5 that's documented and hasn't been dressed up to be something it's not. Factory A/C, a stylish black interior, and those classic stripes make it a sure bet that it won't last long on the showroom floor.

There are a lot of awesome choices for color on a 1970 Chevelle, but few look as cool and sophisticated as this hardtop. Finish quality is decent all around, with the dark blue paint emphasizing the crease that runs along its flanks and despite the bright SS stripes, it has a low-key look. Still, there's no denying that a 1970 Chevelle SS454 has big-time presence, and when you rumble up in this car, people are definitely going to notice. The cowl-induction hood is a big tip off that there's serious power underneath and Chevrolet seemed to understand that the SS badges didn't need to be big to have an impact. The paint remains in good condition with light signs of use and age, but that only means that it's perfect for heading out on a Friday night and having some fun without worries. Bright chrome bumpers might very well be original, and with that in mind they're in good shape, along with the rest of the trim that looks great against the blue paint.

You know this is an authentic car when you see bench seats inside. Sure, everyone seems to prefer buckets, but I think I would prefer a car where it is as it was built rather than some guy's vision of what it should be. In fact, the seat covers and other soft parts are in great shape, making this a good choice for your next road trip, because it's easy to stretch out and get comfortable inside. A real SS instrument panel features a factory tach and auxiliary gauges and the original steering wheel remains in good condition. Thanks to the LS5's more street-friendly nature, factory A/C and power steering are part of this car's options list, along with an AM/8-track stereo radio that's a rather unusual find. Open the trunk and you'll find what appears to be the original mat and perhaps even the original spare tire, which is a vintage bias-ply!

The 454 under the hood is a proper warranty-replacement block that was installed in-period, making it the next-best-thing to matching-numbers. It's wearing bright Chevy Orange paint and a correct coil induction air cleaner, as well as the chrome valve covers that were part of the big block package. It was detailed when it was restored, but it has been driven a bit since then, so it's no longer as crisp as it was when it was first finished. On the other hand, that makes it a car you can enjoy without a second thought and the allure of the LS5's massive torque is pretty hard to resist. Backed by a quick-shifting TH400 3-speed and a bulletproof 12-bolt rear, it's easy to see why this car was a favorite driver in the past. A new Flowmaster exhaust system is the only notable deviation from stock, and it give the big block a healthy sound that you'll definitely enjoy. The tidy underside doesn't appear to have ever been restored yet still looks quite clean, and correct SS wheels have been fitted with recent BFG radials.

Documented with a factory build sheet, this is a real big block SS that's ready to enjoy. With desirable options and a great color combination, it sure won't take long to add this one to the SOLD column. Call today! 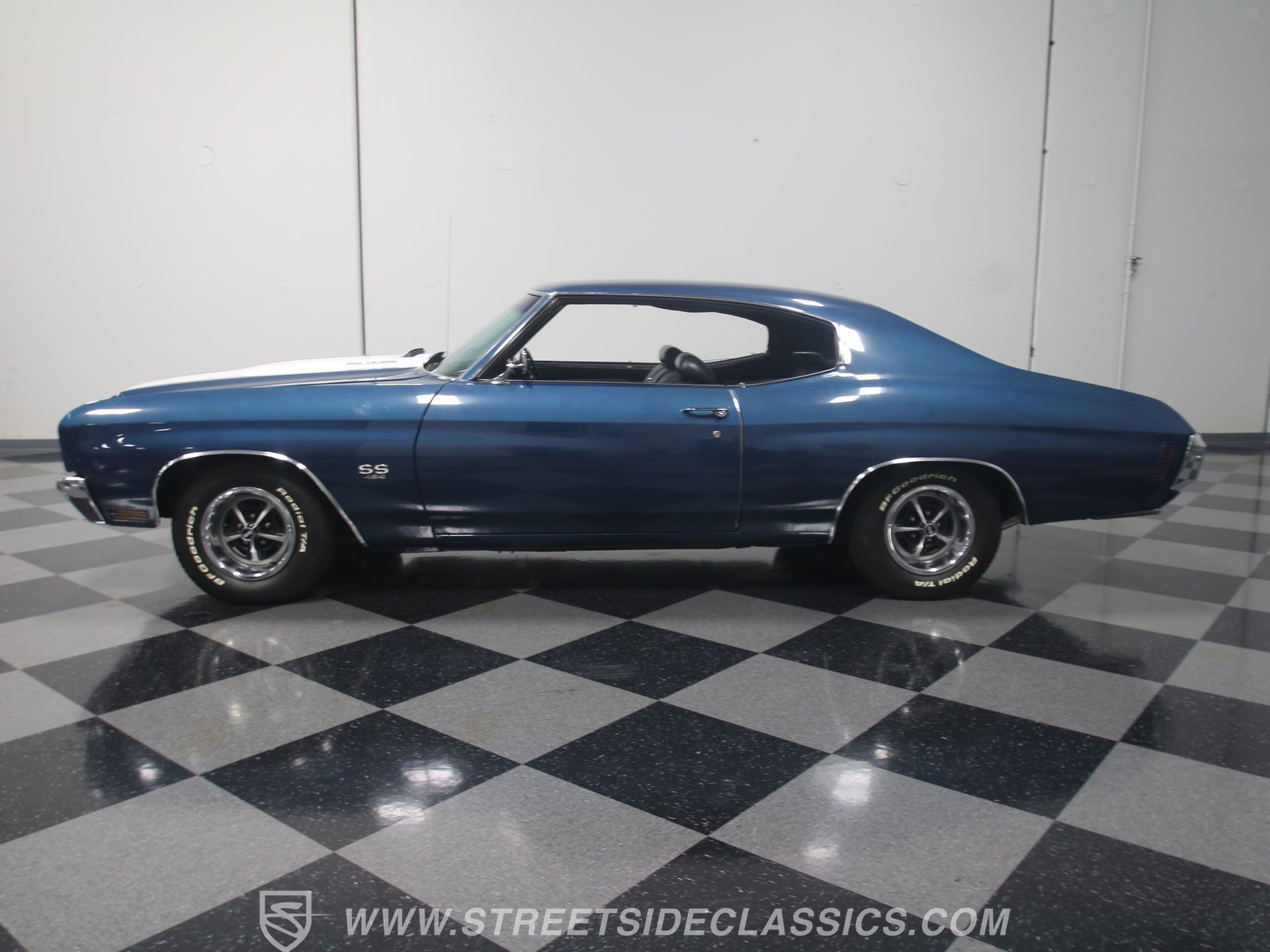