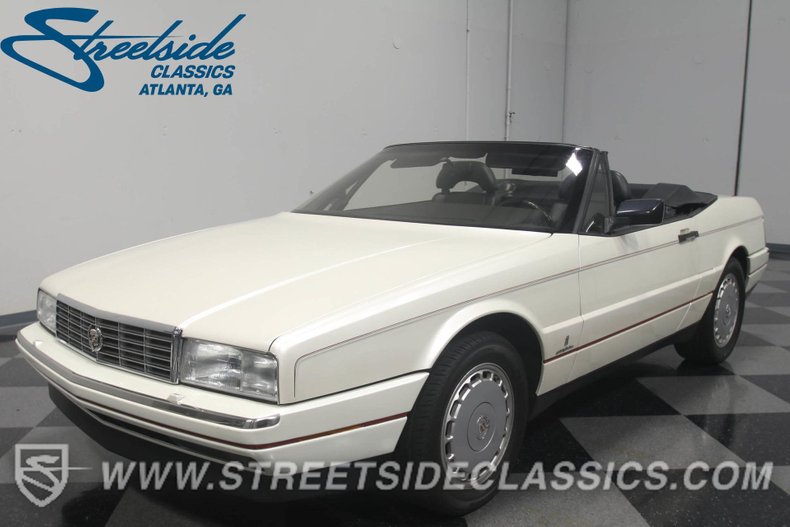 Often referred to as "The Flying Cadillac," this 1990 Cadillac Allante is a special chapter in Cadillac history. While Cadillac was no stranger to building high-end luxury cars, the Allante was really their first foray into the sporty 2-seater market and GM was determined to create something very special as their flagship. While the "flying" nickname could be used to describe the car's performance, it actually refers to the fact that the bodies were built by Pininfarina in Turin, Italy, and flown to the US for final assembly in a specially-designed 747 jumbo jet 56 cars at a time. Just this concept along should tell you all you need to know about GM's commitment to building something very special.

The chiseled steel and aluminum bodywork remains handsome even 25 years after it was introduced, and these cars still attract a lot of attention on the road with their muscular good looks. The quality of the original White Diamond paint was very good so it's holding up rather well after 27 years, and the car presents nicely, suggesting that it has always been a special car to somebody. With just 28,442 original miles, it's a fantastic survivor that still draws appreciative looks as it goes down the road. Build quality on these was always pretty good, and they don't share many parts with production Cadillacs, making them popular entry-level cars with collectors who want something a little out of the ordinary.

Cadillac really broke with tradition in the Allante's interior, going with deeply sculpted buckets in soft black Italian leather and a very driver-oriented dashboard. Digital gauges were all the rage in 1990, and the Allante has a full array of instruments keeping an eye on the engine, and it was one of the earliest applications of a tachometer in a Cadillac. And unlike many Allantes, the digital dash in this one is fully functional and bright. Of course, as the top-of-the-line Cadillac, everything was standard equipment, from automatic climate control, to power windows and locks, to a powerful entertainment system. The leather shows wear typical of a car of this vintage, but no damage, and the carpets and dashboard are decent, with some fading due to living in a warm climate all its life. Overhead, there's a black canvas convertible top that stows neatly underneath an integrated hard boot that preserves the cars clean, elegant lines. The car also includes a color-matched hardtop that's a nice addition.

The powertrain is lifted almost intact from the Eldorado, meaning you get a torquey 4.5-liter V8 driving the front wheels through a 4-speed automatic transmission. It makes all the right V8 sounds, and has proven itself to be a virtually bulletproof engine over the years. The engine bay is typical of cars of this mileage and age, and shows signs of regular maintenance. It fires up eagerly with a great V8 rumble from the exhaust, and moves the roadster effortlessly. The chassis is solid and clean, and since this has always been a southern car, there's no sign of rust belt issues. With an all-independent suspension, handling is lively and this car will surprise you with its capabilities. 4-wheel disc brakes were part of the package, and feature ABS for safety. Wheels are distinctive Cadillac alloys in excellent condition and wearing 225/55/16 performance radials.

Despite their limited production status and exotic origins, Allantes remain reliable, fun, collectible cars with a strong following. If you've been looking for a convertible this summer, but are tired of all the "me too" Mustangs and Chryslers, take another look at the Flying Cadillac. Call today! 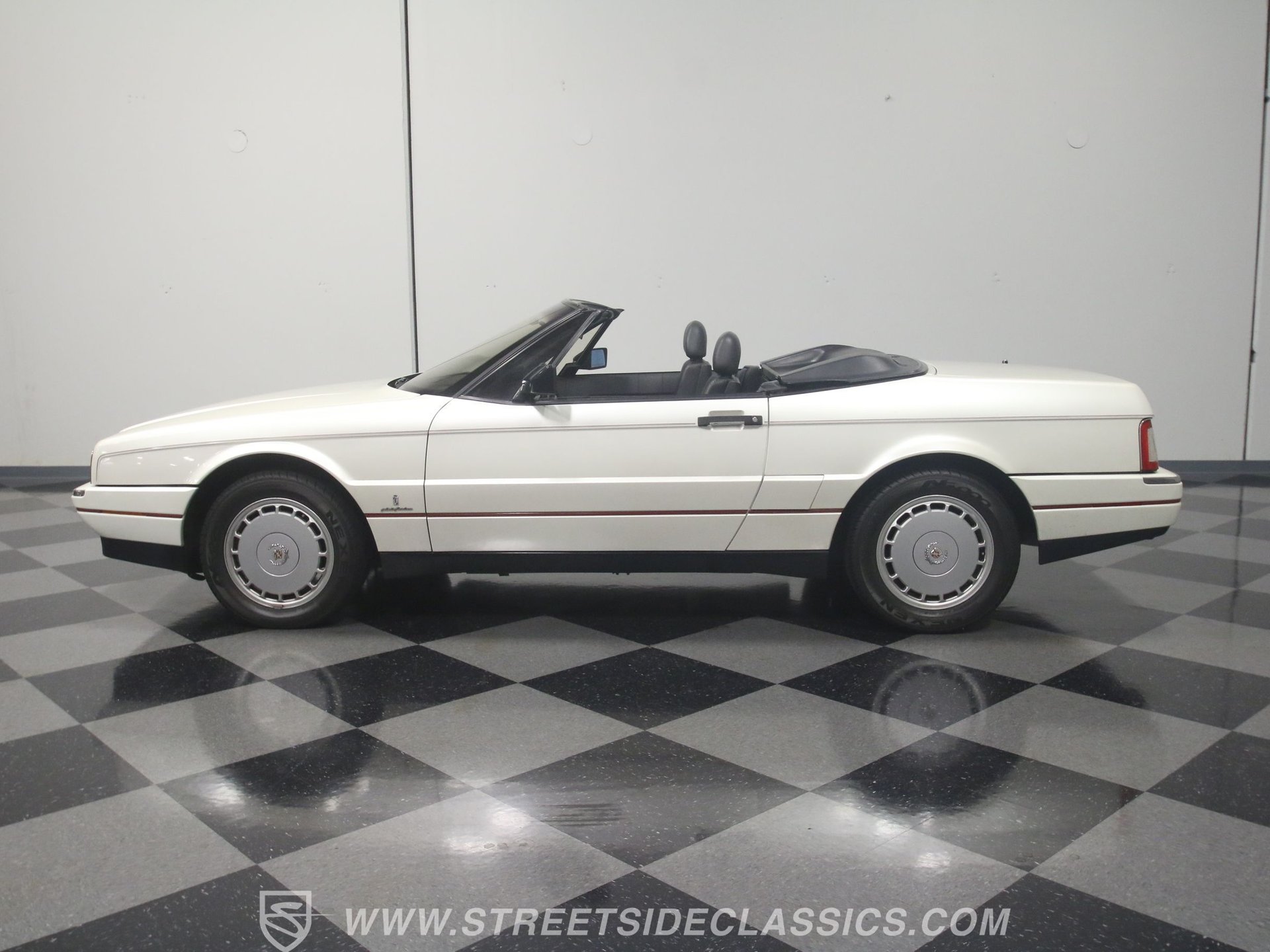