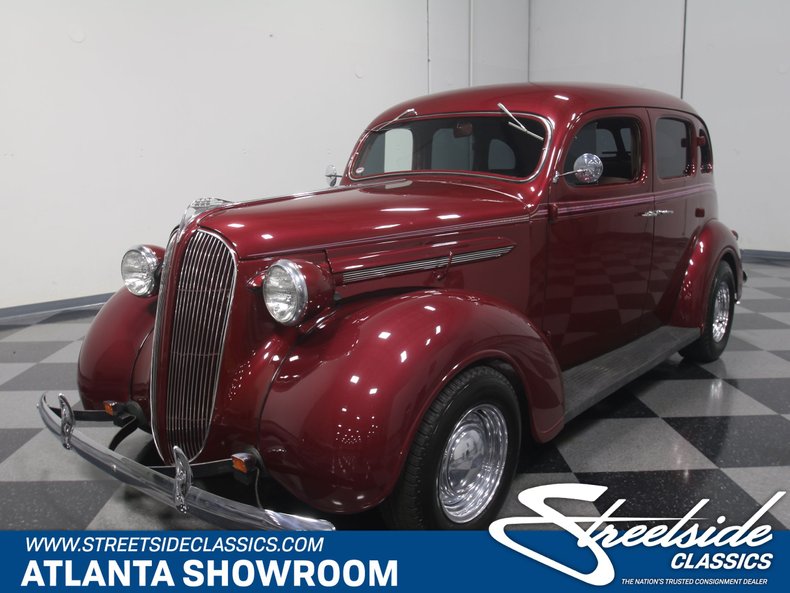 Hot rods are a strange breed: there are the zillion dollar pro-built cars that you can't touch without a clean-suit, and then there are the ones that get dragged to every local cruise night, but never quite seem to be finished. Cars in between, meaning finished pieces that can be driven and enjoyed immediately, are surprisingly hard to find. That's why this nicely built 1937 Plymouth P4 Deluxe sedan is so appealing; with a big back seat, there's no excuse not to take the whole family along for the ride.

There's something about late-1930s cars that just ideally lend themselves to customization, and the original details like the waterfall grille, sleek hood spears, and small bullet taillights all look like custom touches that are actually OEM. The bodywork is nicely done, and it's clear that someone spent a lot of time and effort getting it to its current condition, although they didn't waste time trying to modify it beyond recognition. The body is all genuine Mopar steel, and everything lines up nicely, including those big pontoon fenders. The paint is modern urethane, so it's durable and brilliant, perfect for a car that's going to see actual road duty, and even in a subtle color like burgundy this sucker looks awesome. Finally, all the original trim is still intact in one form or another, from the bright grille to the simple rear end with original taillights and bumpers.

The interior is often the last place a hot rod builder finishes his work, and it's usually a low priority once the car is on the road. However, in this trick Chevy, the interior has been fully finished in burgundy cloth wrapped around what appear to be the original bench seats. The door panels have been custom made to match the seats, and feature original hardware and neatly embroidered Plymouth schooners. Custom wood inserts have been made to house elegant Dolphin white-faced gauges, and matching panels were created for the center stack and glove box lid. Controls for the aftermarket A/C system, as well as the ductwork, have been housed in the dash itself so it looks like they've always been there and a 4-spoke steering wheel on a tilt column actually looks just about right here. In back, there's a lot of stretch-out space and the trunk is neatly finished and includes a full-sized spare tire.

Your traveling partner in this '37 is a built 350 cubic inch Chevy V8, which is as timeless as it is reliable, not to mention powerful; this car probably has about four times as much power now as it did when it was new. Although the car was built to drive, there is lots of bright stuff under the hood, including a matched set of chrome valve covers and Edelbrock air cleaner. The engine turns an equally reliable TH350 3-speed automatic, the independent front suspension is a late-model front clip with disc brakes and power steering so it drives like a modern car. The custom dual exhaust system burbles along at cruising speeds thanks to highway-friendly gears in the 10-bolt rear end and it sits just right, not too low but with a bit of an attitude. It rides on a set of simple chrome wheels with baby moon hubcaps and staggered blackwall radials that give it a nice rake.

Go ahead and look at all the rods for sale. Note how many ads include the words "just needs X to be finished." A lot, right? This '37 Plymouth needs nothing to hit the road in style this summer. Forget spending years in the garage, get out on the road now, and take the kids with you. Call now! 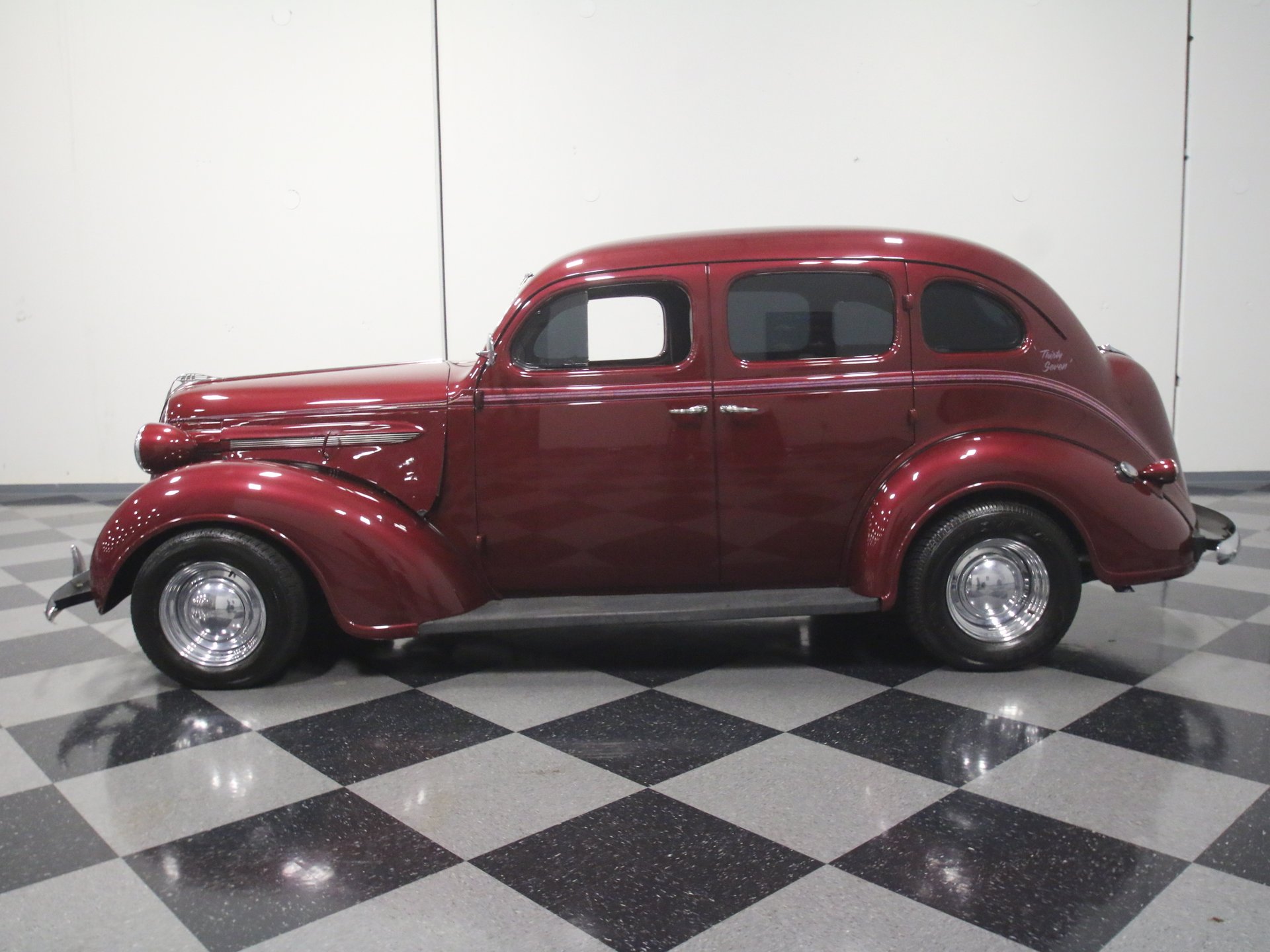