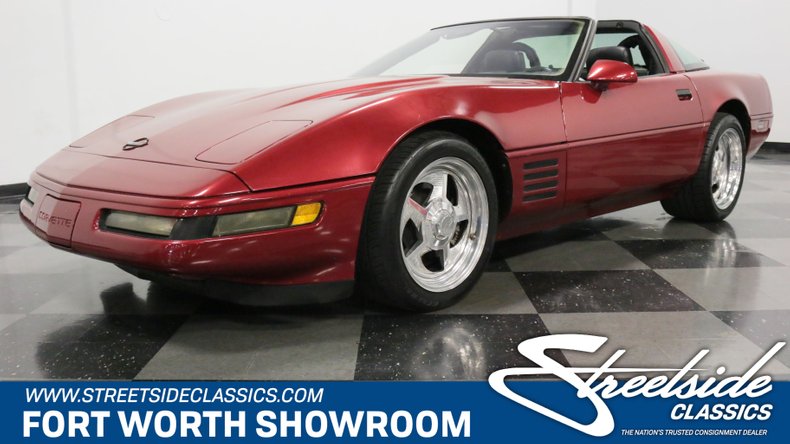 The C4 ZR1 was one heck of a car. The all-aluminum LT5 engine with dual overhead cams and 32 valves was shockingly modern in the early '90s, and it took more than a decade for Corvette performance to really catch up. This expertly maintained 1991 Chevrolet Corvette ZR1 isn't one of those zero-mile, don't-ever-touch-it-again collector's items, but rather a smartly built supercar that was built-up and enjoyed at the race track during its pedigreed past, and is now begging for a new owner to go have some fun with. Could that be you?

Dark Red always looks great on Corvettes, and the even though a C4 isn't exactly low-profile, the ZR1's performance potential was masked by its rather familiar looks. The rear haunches were a few inches wider to accommodate the fatter rear tires, and for the first few years the convex rear fascia gave it away, but eventually the garden-variety 'Vettes got that one, too. Regardless, this one is in great shape considering that it has been enthusiastically driven 27,518 miles instead of sealed in a cocoon for the past 28 years. Fit and finish are on par with other Corvettes of the era and it has a predatory look thanks to just the right stance and unless you're paying attention to the tiny ZR1 badges, this one will likely get the drop on you at a red light.

The beautiful black leather interior has been upgraded with a bolt-in 6-point roll cage and 4-point seatbelt harnesses left over from its drag days, sporting up one of the most technologically advanced interiors of the period. Once you master the controlled fall that is the act of entering a C4, you'll find it's a supremely comfortable place to spend some time, and there's only modest wear on the bolsters, which is typical of these cars. The ZR1 came loaded with everything Chevy could throw into a Corvette, and although this 'Vette originally came equipped with a 6-speed manual, a 700R4 automatic transmission was swapped for quicker shifts. Instruments combined analog and digital displays that are actually quite effective at transmitting information at a glance, and the center stack is filled with buttons and the all-important valet key that controls the big horsepower. The original Delco/Bose stereo sounds decent, offering an early CD player that was all the rage in 1991. There's also a color matching roof panel which stores in back for open-air motoring at its best, and speaking of the cargo area, a NOS bottle is mounted back there as well, left over from its drag race days.

The all-aluminum LT5 motor is perhaps history's most expensive engine upgrade, but there are those who will say it was worth every penny. Everyone knows the story, so let's focus on how well it runs, how perfectly it's been maintained by its owner, and how incredible it sounds at full throttle. Docile and tractable around town, it howls like a banshee as it screams to redline unlike any small block Chevy before or since. According to some history passed along by former owners (only hearsay though, as the records were lost some time ago), the motor was modified and at one point boasted a 0-60 time in under 4 seconds. In truth, these engines are virtually indestructible so you shouldn't worry about the mileage because it's just getting broken-in. The 700R4 4-speed automatic shifts easily and the big brakes are plenty strong, even for a car this fast. Long-tube headers feed a custom dual exhaust that makes it sound glorious at full boot, and the custom Boyd Coddington wheels wear correctly staggered 275/40/17 front and 315/35/17 rear Toyo performance radials.

Complete with all the important documents, including a window sticker and the famous "pizza box", this ZR1 is the car to own if you simply enjoy the art of driving fast. Call today! 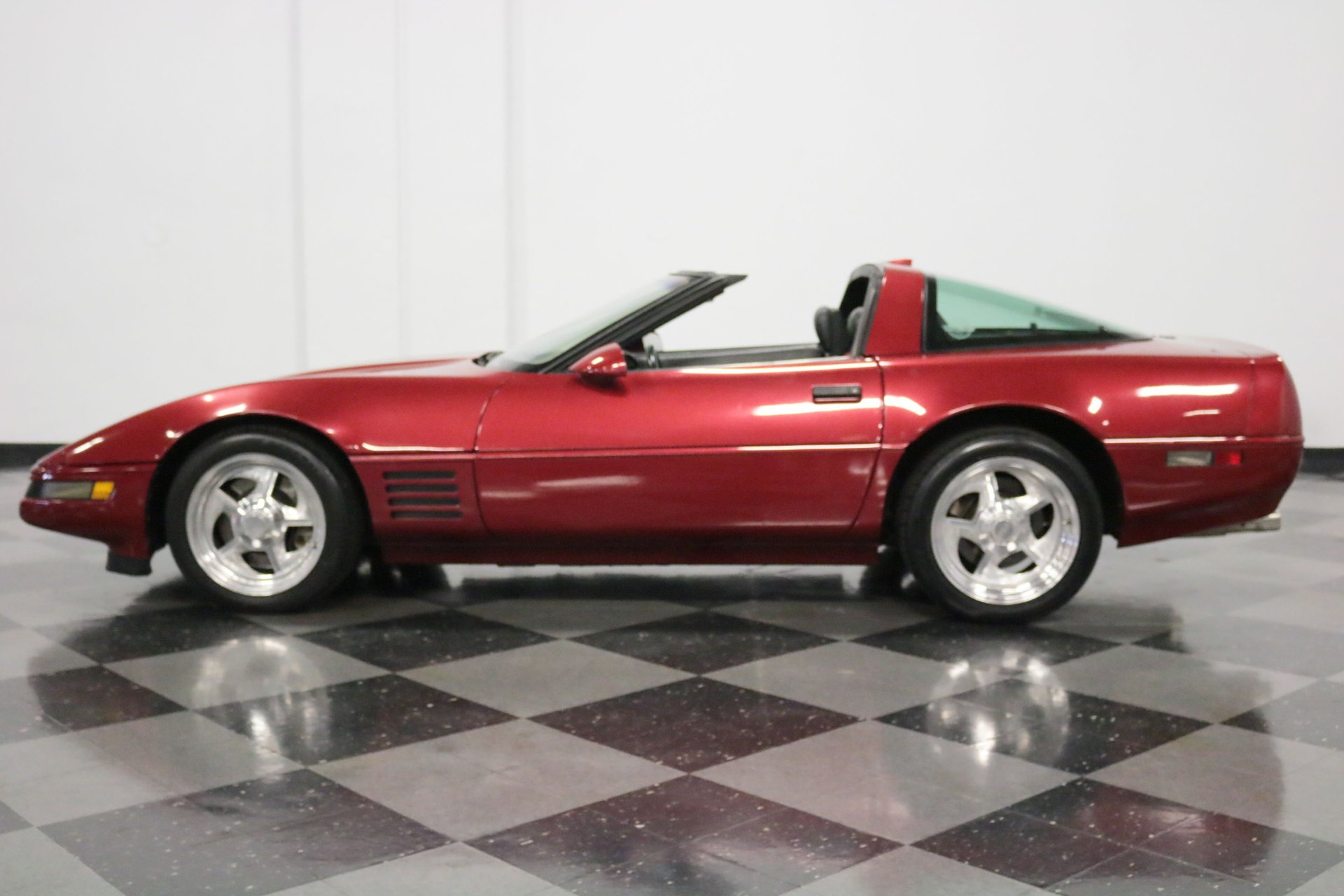