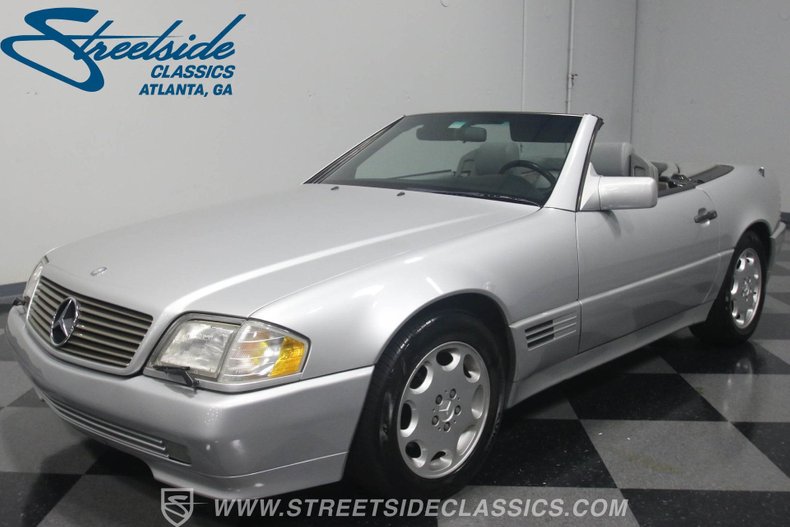 As much as everyone loved the R107 SLs, when the time came to upgrade, Mercedes-Benz nailed it. Cars like this 1991 Mercedes-Benz 300SL were better in every respect, with this car packing a 3.0 liter inline-6 and a rare 5-speed manual gearbox, not to mention a massive array of slick technical advancements that dazzled the automotive world back in the early '90s.

If you're going to go storming down the Autobahn, do it in a silver Mercedes-Benz SL. This car doesn't just have presence, it's intimidating as hell when it looms large in your rear-view mirror. That's due in large part to the wide grille and massive 3-pointed star, but from any angle, this car looks like performance and money. While it's not a small car, it does have the sheetmetal stretched tight over the mechanicals, and few cars have ever been as densely packed with technological wizardry as this SL. The silver paint still shows quite well and it's more evidence that you definitely got what you paid for in 1991. There are some signs of use and age, but a professional buff would bring it back to greatness and nobody's going to know how affordable this car really is. The lower cladding not only helps protect the bodywork, but gives the car a long, low, lean look that totally works with the SL's image. Out back, fluted taillight lenses recall a Mercedes-Benz design trademark that dates back to the early '70s, and a car with this pedigree needs no rear spoiler to make a statement. Even more than 25 years later, this sucker looks impressive.

While the R107s were quaint and beloved for their relative simplicity, the all-new R129 was packed with technology and safety. Mercedes built on their already stellar reputation for rock solid, ultra-safe cars, and it shows to great effect in the SL. The gray leather buckets are in excellent shape and haven't been cooked by the sun, and also offer integrated seat belts. The car is a little less basic than the R107, offering soft surfaces, real wood trim, and comfort features ranging from automatic climate control to power seats, windows, and locks, to a powerful AM/FM/cassette stereo that sounds fantastic top up or top down. And speaking of the top, it's a multi-layered affair that raises and stows itself with the touch of a button, using a series of gymnastics that you could probably charge admission to watch. The top on this one is original and in good condition, and the car includes a matching silver hardtop that gives the SL a clean, purposeful look.

The heart of the machine is a 3.0 liter DOHC inline-6 that pumps out 228 horsepower and a seamless flow of torque that makes it feel like the car could accelerate forever. It also has a brisk 6-cylinder warble that recalls great SLs of the past (which were all powered by sixes), and you'll never get tired of a quick downshift in the 5-speed manual gearbox, which really makes the most of the engine's power. Regardless of which gear you're in, throttle response is crisp and with the manual gearbox, the car feels much more elemental and connected to the road. Brakes are incredibly powerful and the suspension never puts a wheel wrong, especially with the relatively lightweight engine in the nose. Handsome 16-inch alloys were standard and it wears 225/55/16 Kumho radials all around.

Still a top choice among enthusiasts who appreciate quality and performance, this 300SL still feels like the flagship German machine it was in 1991. Call today! 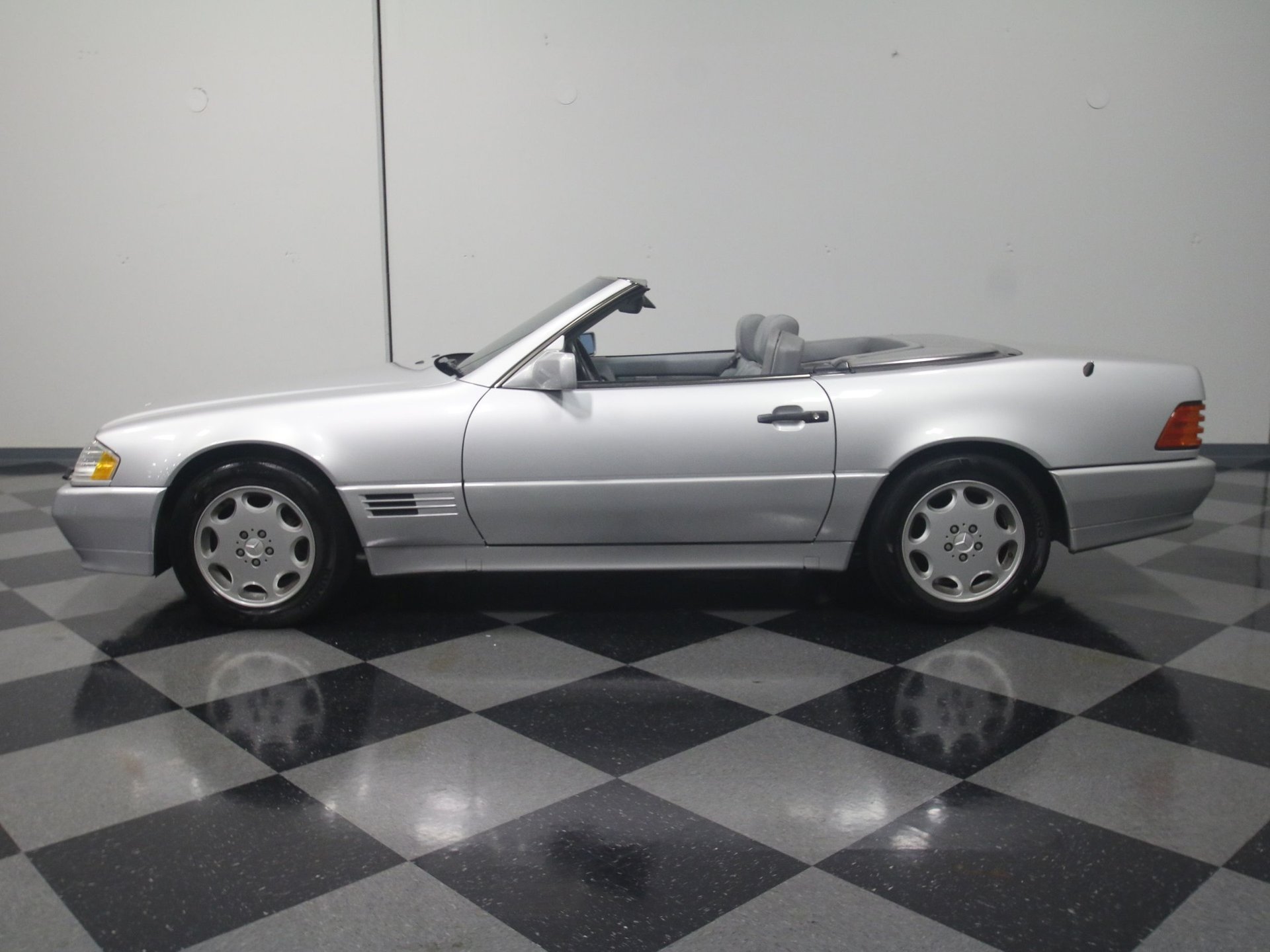