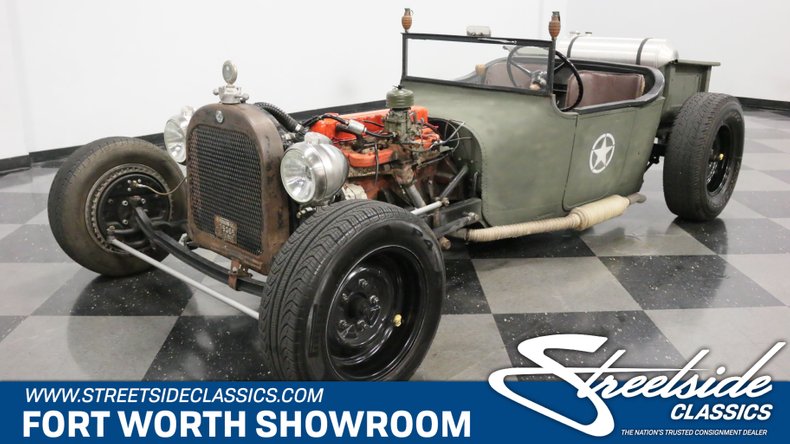 You either get rat rods or you don't. They aren't built to be pretty, but they are possibly the most accurate reflection of early hot rodding's roots. Cars like this 1920 Dodge Rat Rod pickup were built from scavenged parts that were a unique expression of the builder's vision, and no two are alike. In a world filled with me-too plastic streetrods at every car show, something like this stands out everywhere it goes.

Obviously, Army Green is a mainstay of the rat rod movement, and it works exceptionally well on cars like this Dodge truck. No-nonsense, low maintenance, and designed to show off the builder's custom touches, it has a timeless look that will not go out of fashion. The very rare Dodge cab appears to be from a coupe, not an original pickup, and we think it's awesome that Mopar is getting some representation in the rat rod game. There's a modest bed out back with a functional tailgate that was borrowed from a Model A, and the lowered and channeled stance makes it look low and lean without being claustrophobic inside. Deleted fenders give the truck a T-bucket vibe, and there's a simple radiator shell and grille up front that's believed to be the original piece from 1920. How cool is that? A few whimsical touches include the wrapped side exhaust on the driver's side, dual grenades mounted on the windshield, the mounted cylindrical gas tank in the bed, and the stars on the sides, all of which are part of being unique.

It's pretty austere inside but that doesn't mean it's not comfortable and functional. The builders cleverly dropped the seats between the transmission/driveshaft tunnel, so it has decent leg room and those are metal bucket seats that have been wrapped in vinyl with padded cushions, so they are actually reasonably comfortable. The exposed transmission and simple floors help with the industrial look and an original steering column and big 3-spoke wheel give it a vintage feel. Black-face gauges look suitably retro and a long-handled shifter gives you someplace to hang your hand while you drive. There are seatbelts, but that's about as far as the amenities go, but if you're looking for A/C and a CD player, you've missed the entire point of owning a rat rod. Like most well-built rats, this one is fully functional and safe to drive, not just thrown together for effect. That definitely matters.

Power comes from a 250 cubic inch Inline 6, pulled from a 1970 GM vehicle and painted in Chevy orange enamel for a vibrant look. It's pretty straightforward in the open air engine bay, with a matching orange valve cover, a simple down-draft carburetor, a modern alternator, and signs of maintenance throughout. Simple steering on a nimble body makes it easy to handle and the 16" drum brakes up front (borrowed from a '53 Buick Roadmaster) are more than adequate given the truck's miniscule curb weight. The torquey straight six engine is mated to a TH350 3-speed automatic transmission that simplifies the driving experience, spinning a rear end with 3.90 gears out back that allows for a surprisingly quick burst off the line. The side pipe exhaust provides a great rumble that's not over the top and the stance is just about perfect for the theme with staggered black steelies wrapped in 195/65/15 front and 235/75/15 rear blackwall radials.

Old school, the next best thing, or simply a traditional rod that's ready to rock? How about all of the above? Call today! 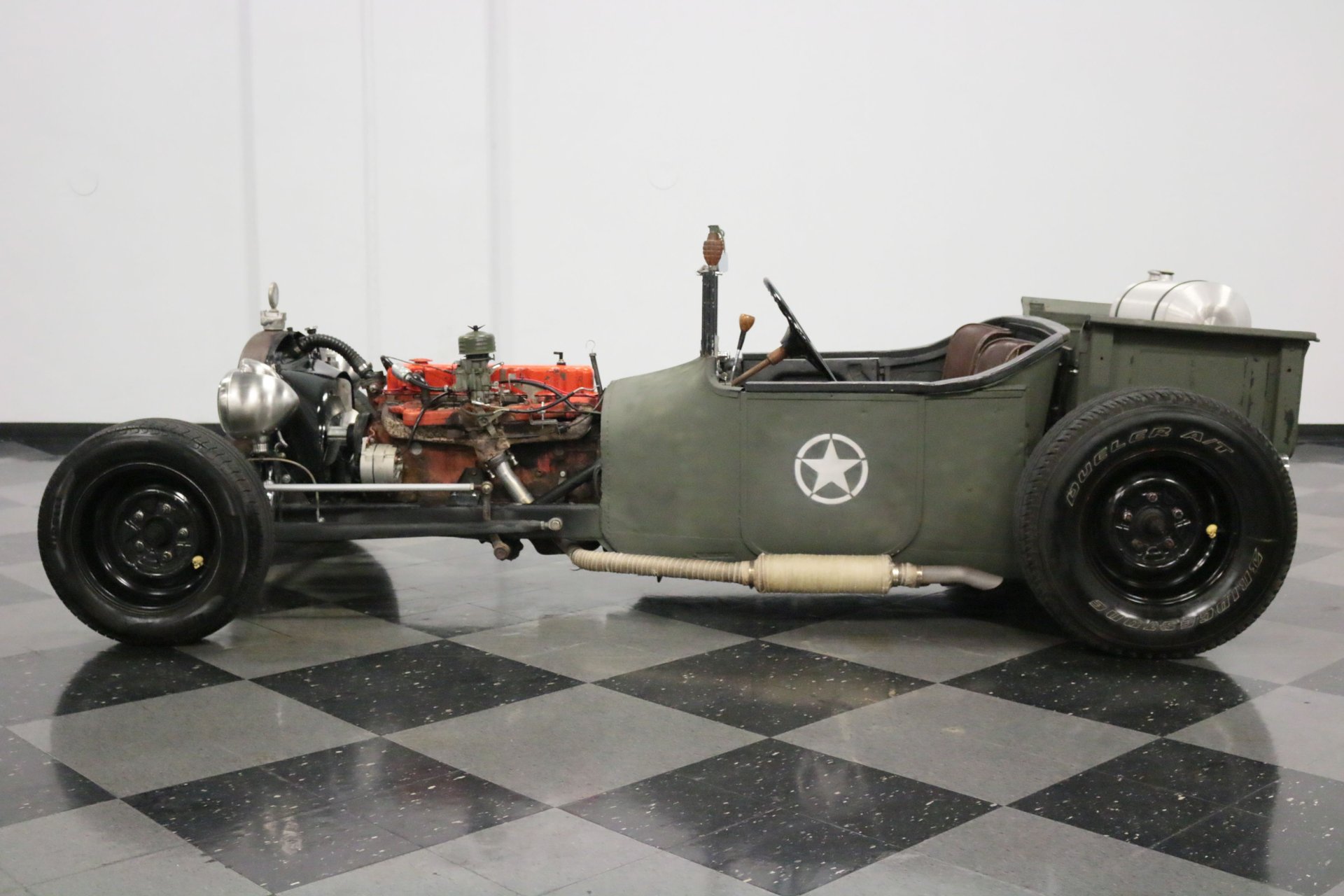