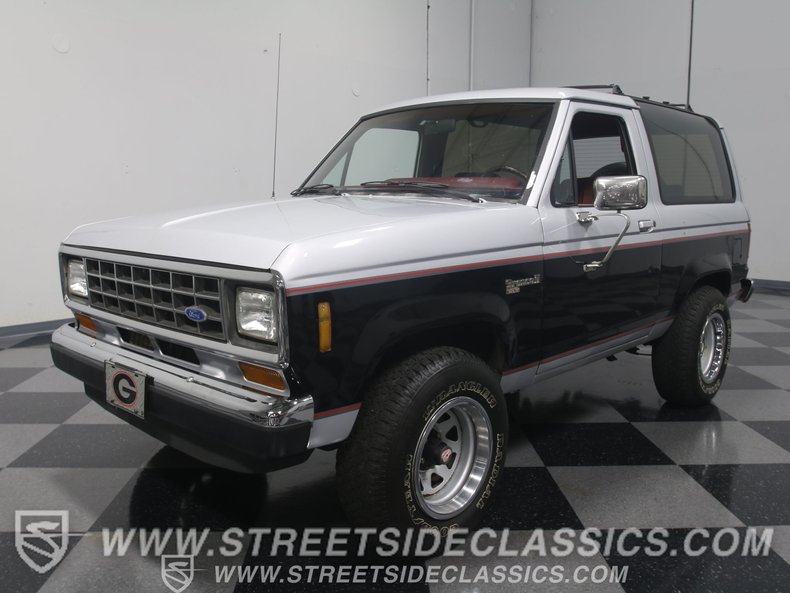 It might seem strange to see this 1987 Ford Bronco II in a collector car dealership's inventory, but look again. With trim dimensions like the original, a strong-running V6 backed by a newly rebuilt transmission, and lots of factory options including cold A/C, it represents lot of 4x4 fun for very little cash.

These are fun little trucks, durable, maneuverable, and competent off-road, and they have a classic look that recalls the original Bronco from the late 1960s. Wearing an updated silver over black paint job, it looks more contemporary than you'd expect from something that's celebrating its 30th birthday this year. It's not a show-quality job, but it's quite nice, especially at this price and there's no evidence that it has ever been rusty or abused. Fit and finish are about what you'd expect from Ford in the 1980s and with a red pinstripe between the colors, it has a sporty look to match the "sport" in Sport-Utility Vehicle. Chrome bumpers and oversized mirrors are nice truck-like details that tie the Bronco II to its big brother and the huge windows make it feel bright inside. Other nice features include a roof rack, rear-mounted spare tire, and a trailer hitch, just in case you'd like to put it to work, say, hauling your jet skis or camping trailer to some remote location. It's ready to go!

The red interior is pure 1980s Ford funky, with striped fabric on the bucket seats. It's actually in pretty nice shape throughout, with only light fading (which is pretty much inevitable with red upholstery) and less wear than you'd expect after 30 years. It's loaded with options, including ice cold A/C, cruise control, a tilt steering column, power windows and locks, and a full array of gauges, including a big tachometer. Faux burled walnut warms up the interior a bit, and the shifters on the floor control the newly rebuilt 4-speed automatic overdrive transmission and the 2-speed transfer case. Ford's factory-issued AM/FM/cassette stereo still sounds decent and the back seat is actually big enough for real-sized people. The cargo bay is surprisingly roomy as well, and it comes with a roll-up cargo cover to keep your belongings out of sight.

Ford's Cologne, Germany-built 2.9 liter V6 engine was a stalwart in Bronco II and Ranger production for many years, and it has proven its durability and reliability over and over. This one runs great and shows no signs of giving up, and has obviously been properly maintained, as there are new belts and hoses, as well as fresh R134a refrigerant in the A/C system. Ford's fuel injection of the '80s was actually among the best in the industry, and this V6 starts quickly, idles nicely, and has a nice torque curve that pulls the mini SUV around with ease. It's never fussy and you can feed it a diet of regular gas and expect decent fuel economy on the other end. The aforementioned rebuilt transmission uses a new driveshaft to feed the rather robust rear end, and the front suspension is a variation on Ford's Twin I-Beam setup with a very interesting built-in differential to make it work. You also get power front disc brakes, power steering, and a genuine skid plate over the gas tank suggesting Ford knew you were going to take this truck into the rough. Steel wheels that look like they were borrowed from a later F150 give it a tough stance, especially with beefy 235/75/15 Goodyear Wrangler radials.

Look at the truck, the features, the condition, and then the price. How can you lose? Call today! 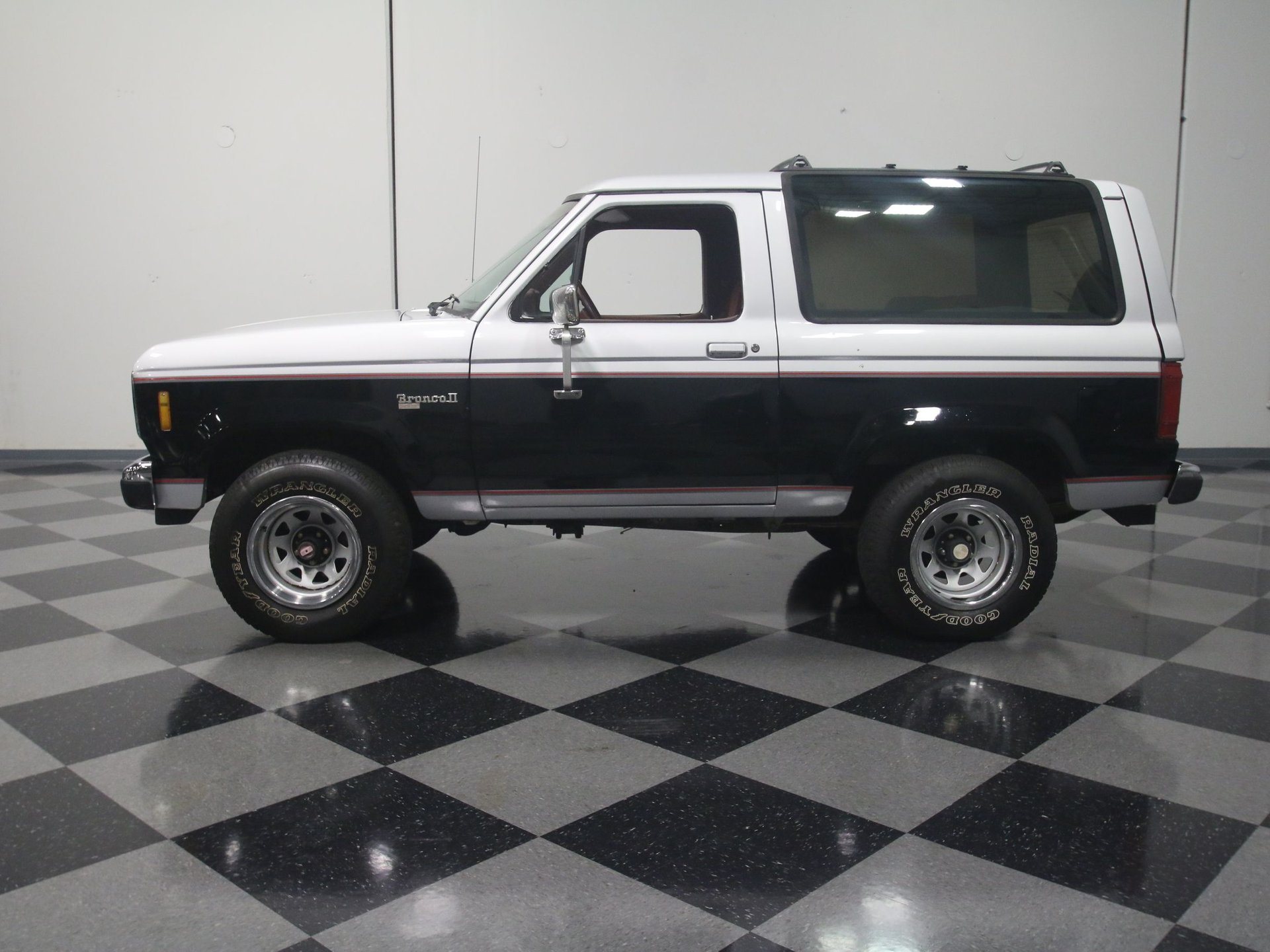