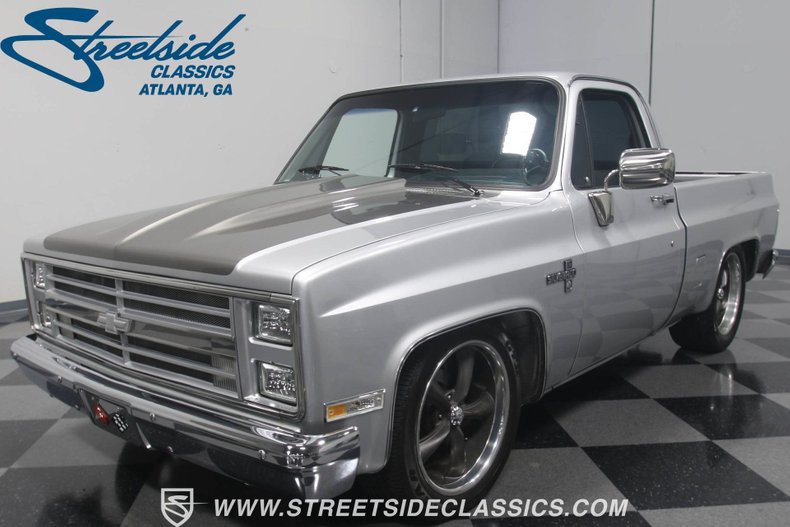 Rarely do vehicles we sell come out so lopsided in favor of the buyer, but the truth is, you couldn't duplicate this 1986 Chevrolet C10 pickup with a budget three times bigger than the asking price. Stunning paint, a pro-touring stance, and an overall slick look mean that this truck still has what it takes to get noticed on Saturday night.

You can count me as one of those folks who like the look of the short bed on a regular cab pickup because the proportions are almost ideal. Of course, this truck is done hauling stuff, but with the raked stance, it looks lean and mean, and thanks to a sizeable pile of cash going into the shiny silver paint a few years ago, it stands out among its peers. Super straight bodywork is the key, and the silver finish accentuates the body crease that runs from nose to tail, something that gets overlooked with other colors. Once everything was blocked and straight, it received a few coats of clear urethane and a custom charcoal insert on the cowl induction hood that adds some contrast. In the following years, it was driven, shown, and enjoyed, but even so it looks quite good out in the sun. A mesh grille gives the front end a sleek look, the headlights are crystal clear units, and the bed is protected with a color-matched spray-in bedliner plus a gray mat. Bright chrome bumpers, original badges, and big truck mirrors remind everyone that old Chevys never die, the just get faster.

You know that a truck this dramatic on the outside needs to be special inside, and it doesn't disappoint. A custom gray seat cover adorns the factory bench seat, so it feels very familiar inside. The original gauges have new white faces, combining a modern look with OEM reliability, there's a tach on top of the dash, and the three-spoke steering wheel looks like a vintage Moto-Lita unit out of an expensive European sports car. You'll note that this truck carries options like ice cold factory A/C and a tilt steering column, meaning that it's very user-friendly today. There's an AM/FM/CD head unit in the dash, which delivers sound to a bevy of speakers throughout the truck, and thanks to good sound deadening under the carpets, it sounds great.

Following the sizzling paint and eardrum-flattening interior, the 350 cubic inch V8 under the hood seems rather ordinary. However, you shouldn't underestimate it, as it carries an Edelbrock intake and carburetor, Vortec heads, long-tube headers, and a bit of chrome. For a truck like this, performance matters, so there's also a thumping cam inside that sounds awesome and makes this sucker pull like a freight train. It starts easily, idles well, and moves the slammed pickup with ease, all with a great V8 soundtrack from the twin pipes just ahead of the rear axle. Or, if you're into attention, open the key-fob operated cut-outs and run wide-open. A TH350 automatic transmission powers the original rear end, which is now fitted with a finned aluminum cover, which is visible from behind. The underside is nicely finished and shows only minor signs of use, and even with the slammed stance, it rides rather well. Thanks to the virtues of being a pickup truck, those giant 20-inch Boss Motorsports wheels and 275/45/20 front and 285/50/20 rear performance radials fit well without a lot of major surgery.

This is a whole heck of a lot of custom truck for the money. If it's attention you crave, this truck will deliver in a very big way. Call today! 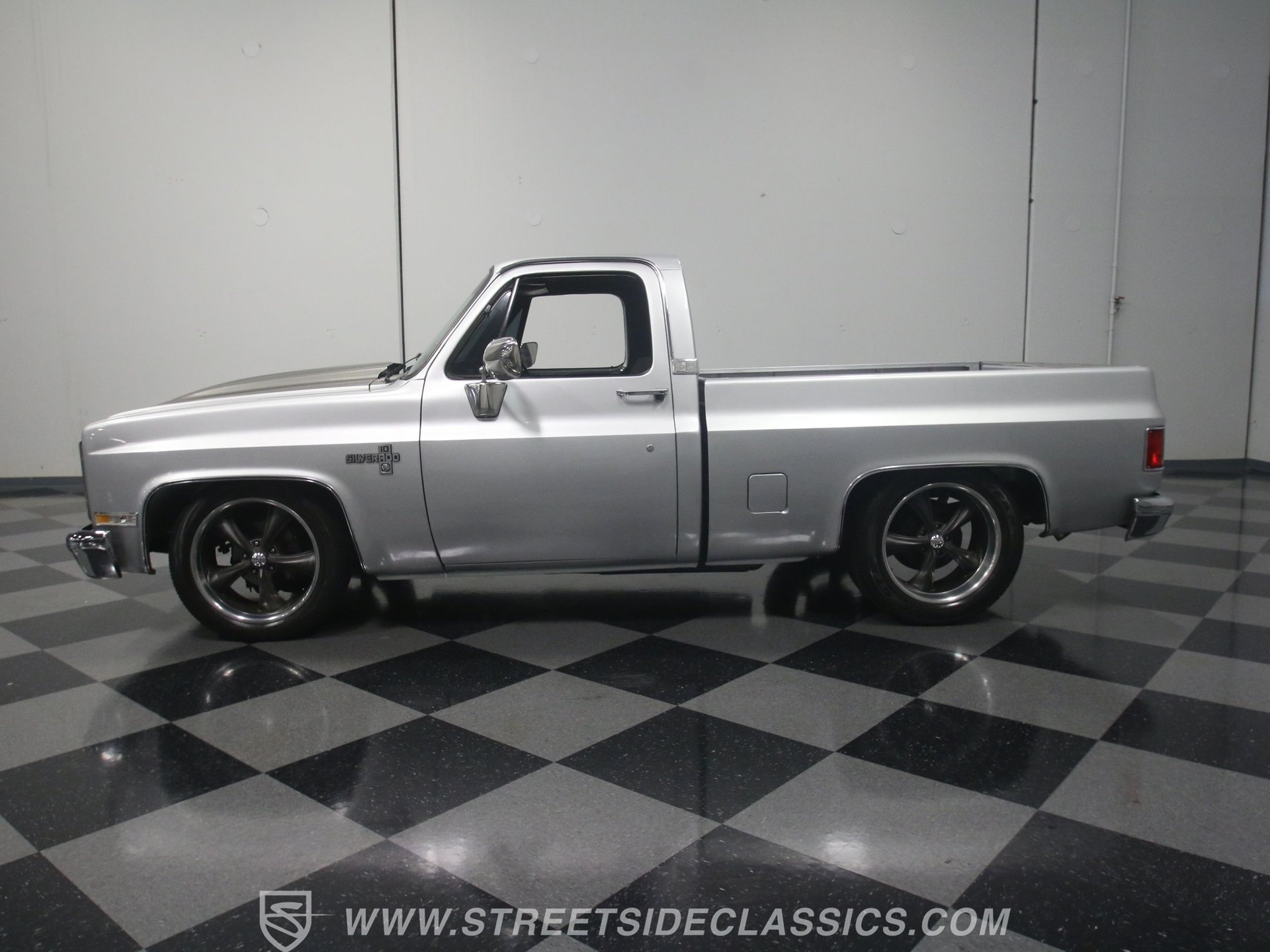