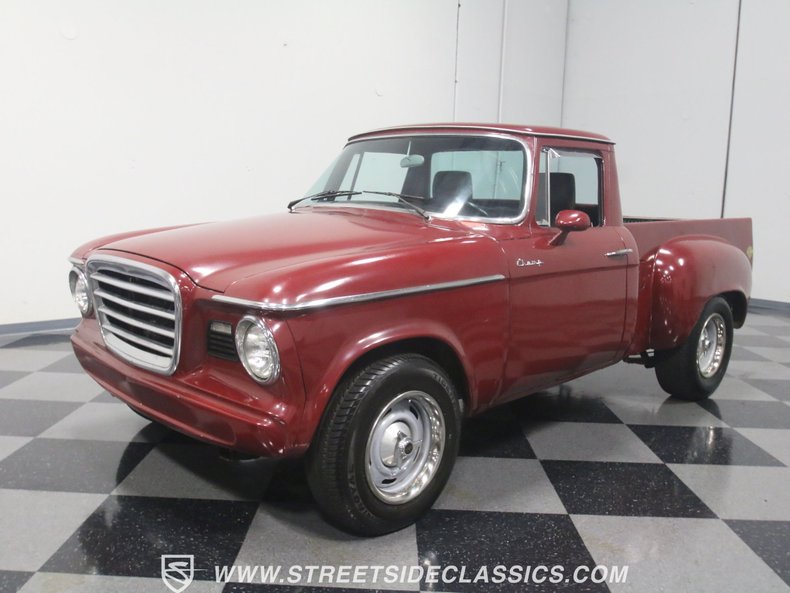 In the early '60s, Studebaker needed a new truck to stay viable but didn't have the money to build one. The solution? The Champ, which took the existing pickup chassis and bed and grafted on a Lark front end, creating one of the coolest pickups of the decade. This 1961 Studebaker Champ pickup is mildly modified, creating a fascinating hybrid in more than a few ways.

The guy who built this truck was resourceful, we'll give him that. Starting with a Studebaker Champ is one thing, but then adding a '70s Camaro front clip, Dodge power, a Toyota seat, and a few other modern bits makes it really unique. The paint was probably done when the truck was built, and that was some years ago, so it looks the way an old truck should look. It's a little faded, there are some scratches and nicks on the bodywork, and a few areas have been touched up, but isn't that how a pickup is supposed to look? Perfection is nice, but it also renders the pickup useless as a tool, and this one has no such pretensions. The Lark nose has a rugged look that's instantly familiar and the bed with its flared rear fenders looks aggressive but also neatly styled, and we can't say the look isn't appealing. The rear bumper was removed, but it still carries its original 'STUDEBAKER' tailgate and the bed inside remarkably carries a drop-in bedliner so it's still ready to work.

The interior carries that aforementioned Toyota bench seat, but you can quickly see why it was selected. One, it looks right and two, there's a neat cut-out for the shifter on the floor, making this Champ feel sporty. A late-model GM tilt column and Grant GT steering wheel make it easy to get comfortable and the upright cab, which was essentially the front half of a Lark 4-door sedan, offers plenty of head room. Rubber mats protect the carpets, and the factory gauges look cool in their own round pods. There's heat under the dash, but otherwise this pickup is still as basic as it was when it was new, which, again, is why everyone loves old trucks, right? Get in and go, no worries.

There's plenty of power on tap from a 318 cubic inch Dodge V8 and it looks right at home in the Stude's engine bay. Finned valve covers and a chrome air cleaner are traditional ways to dress things up, and there's a new alternator down there, suggesting that someone wanted this truck reliable. It's basic, but they ensured reliability with a 4-barrel carburetor, dual reservoir master cylinder, and a giant radiator up front, so you shouldn't be afraid to take this one for a spin any time. Underneath, it has the aforementioned Camaro front subframe, complete with front disc brakes, and the transmission is a Chrysler 904 3-speed automatic. A two-in, two-out Flowmaster muffler gives it a nice V8 burgle and the suspension is simple and rugged, with leaf springs holding up a late-model rear end on lowering blocks, so it has a nice stance. GM Rally wheels with spinners fit well and look great with fat 215/70/15 front and 255/70/15 Uniroyal radials that really fill those fat fenders.

A perfect candidate for a makeover and a rather rare truck in its own right. It's unusual, fun to drive, and very affordable, making this a great choice for the guy who is never satisfied with the way things are. Call today! 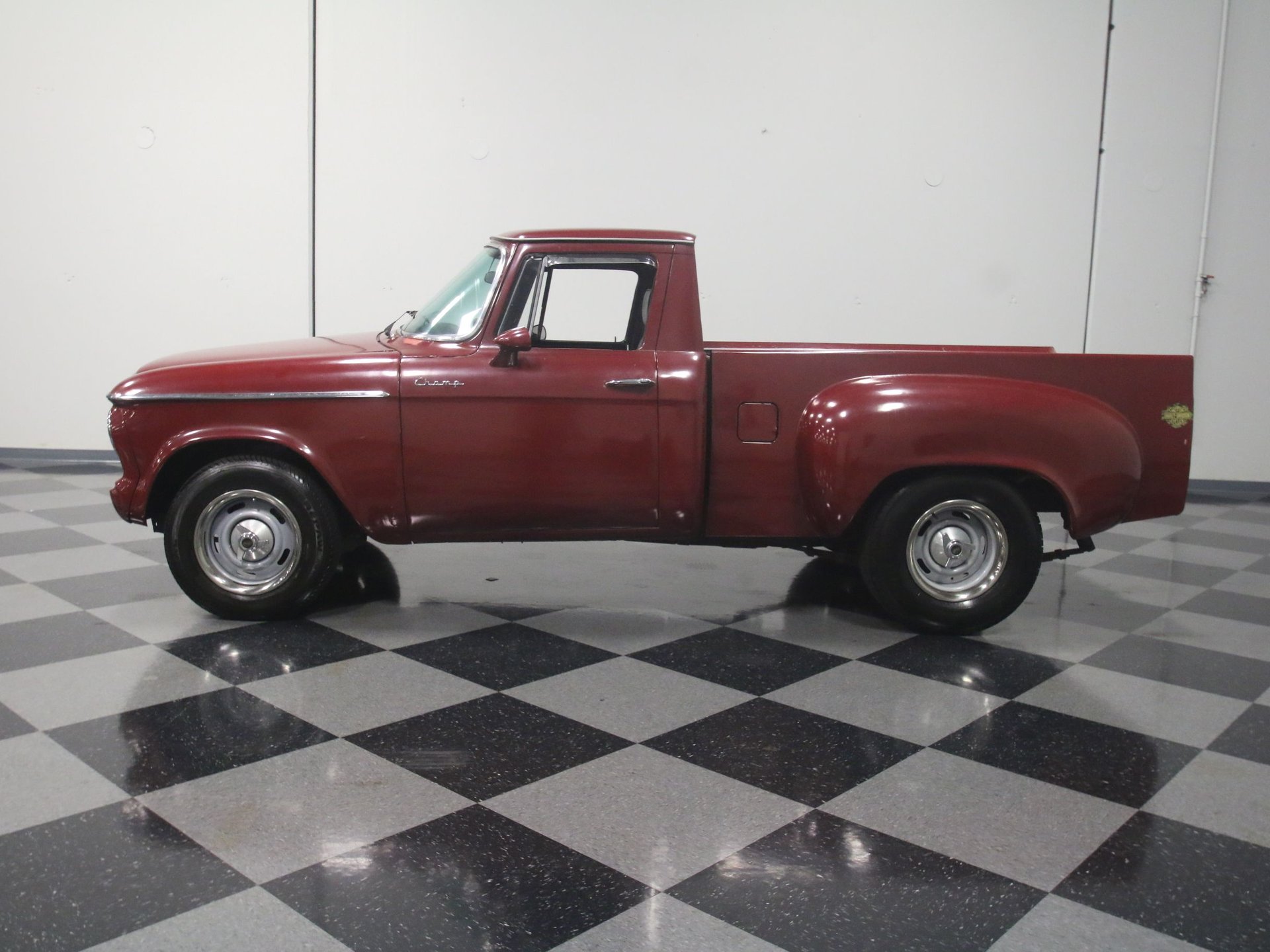