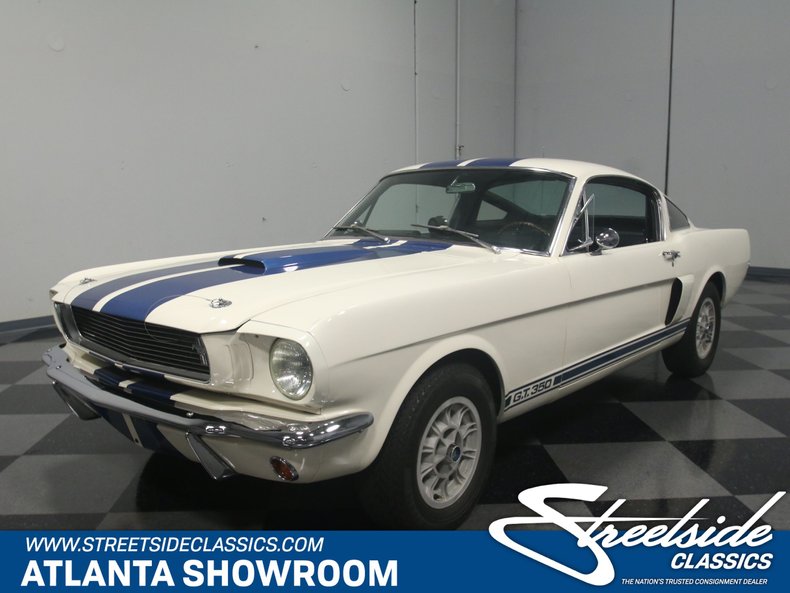 To answer your first question, yes, it is indeed a real 1966 Shelby GT350. It carries its original K-code Shelby-spec engine. It was restored in its original colors and comes complete with title documentation, receipts, and maintenance records. In short, if you want a Shelby with a pedigree, this one totally nails it.

No need to go into the Shelby story, so let's talk about this incredible fastback instead. It was refinished in its correct Wimbledon White and Guardsman Blue paint combination in the late '90s and still looks fantastic. Not trailer-queen-perfect, but nice enough that showing up in this car will make you the instant center of attention. You won't mind driving it, either, and that's really what Shelbys are for; those guys who lock them up in the garage and wipe them with diapers are missing the point entirely. All the Shelby upgrades are still in place, from the custom grille and modest hood scoop to the Plexiglas quarter windows, C-scoops, and Shelby badges, so there's no mistaking this car from any angle. Fit and finish are remarkably good, particularly the hood and rear deck, which are often problematic on these cars, and it carries all its factory sheetmetal, so no worries about a rebody or anything like that. This Shelby gets it right. Sure, there are a few signs of use, some touch-up near the driver's headlight, but nothing critical and again, it's ideal for the driving enthusiast, not the lawn enthusiast.

The purposeful black interior eschews the normal Mustang "upgrades" and goes straight for the performance punch. The standard buckets work just fine in the Shelby, there's no need for a console on a car designed for speed, and the wood-rimmed wheel adds a touch of European flair. The interior is in fantastic condition overall, with everything looking pretty much as it should and showing almost no signs of wear. The gauges are bright and crisp, with the Shelby tach living up on top of the dash where it was installed more than 50 years ago. The 4-speed shifter snaps through the gears and you'll note that the dash panel and glove box lid wear woodgrained appliques, which were part of the base setup, not the upgraded Décor package. In back, there's a fold-down rear seat, a modest roll bar, and a nicely finished trunk with correct plaid mats and a full-sized spare tire.

The engine is the car's original K-code 289 cubic inch V8, which Shelby's engineers massaged to the tune of 306 horsepower. You'd better bet this sucker cackles! We have extensive documentation on the work that has been done in the last few years, ensuring that this car is in top mechanical condition and is ready to enjoy. The original Holley 4-barrel carburetor was rebuilt, the engine was correctly detailed, and it is fitted with both the Monte Carlo bar and the export brace to really sharpen the handling. Correct hoses and clamps are always nice to see and suggest that someone cared about doing it right. The T10 4-speed manual transmission was also rebuilt and there's a new exhaust system under there as well. New suspension components, including bushings, steering components, front brake calipers, and a detailed 9-inch rear end all suggest that getting it to work right was a priority. Koni red shocks live at the corners, just as when it was new, and factory-style markings can be found on the springs and axle housing. Correct Shelby 10-spoke alloys are in excellent shape and carry 205/70/14 Pirelli radials that look right on the vintage GT.

Nicely documented and ideally suited for driving and casual shows, this is how Shelbys were meant to be enjoyed. The fact that it's also an investment that will continue to appreciate is only icing on the cake. Call today! 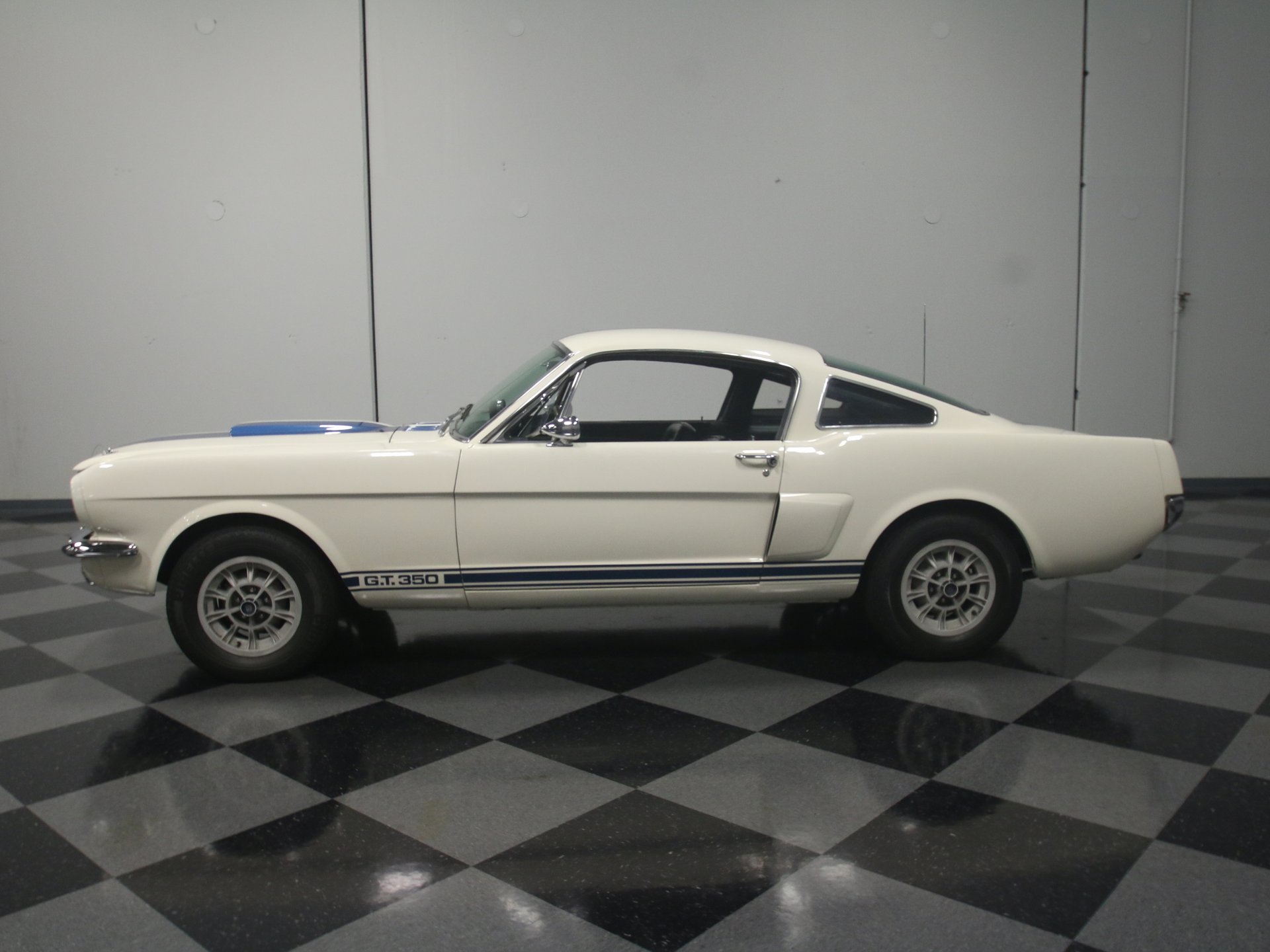