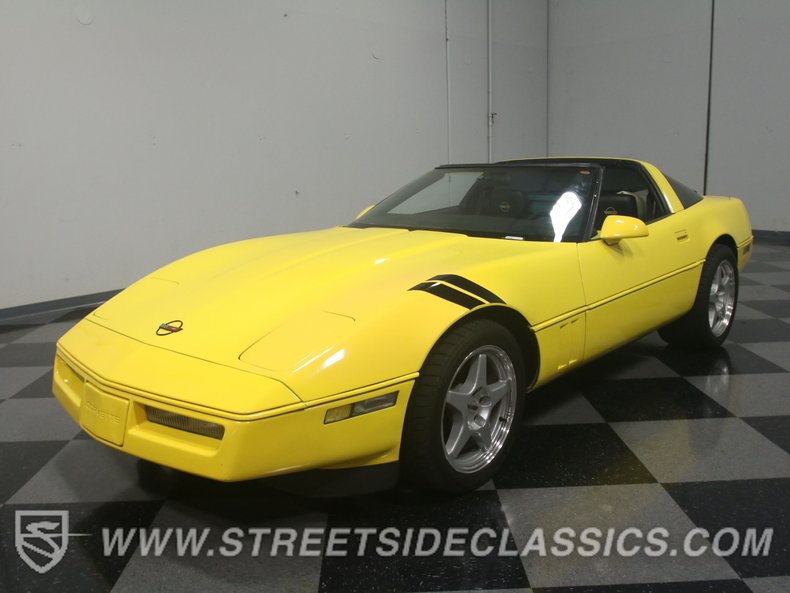 With the booming popularity of affordable hobby cars, this 1985 Corvette should be a slam-dunk. With a ton of performance, lots of upgrades, and a high-impact repaint several years ago, it still looks like it should cost thousands more than it does.

OK, we know that the market for 1985 Corvettes is a little soft, but look at this one carefully. It's extremely affordable, and if you're looking for massive bang for the buck, this bright yellow Corvette is awfully appealing. The color is certainly not subtle and seems to be the same yellow found on the 2000 Corvette color chart. This C4 wears it well, accentuating the wedge-shaped profile that was still 100% Corvette but a big change from the aging C3. Applied about five years ago, the paint is in pretty condition as you'd expect, but perhaps you've forgotten just how good a C4 can look. The finish is glossy, the composite panels are super straight (it's not like they dent or rust), and the doors open and close with the characteristic C4 thunk that sounds impressively solid. Even the weather-stripping is in good condition so this 'Vette seals up well and whispers through the air at highway speeds. It does have a pair of hash marks on the front fender to emulate the late, great Grand sport, and the color change was thorough, because there's just no trace of the original color anywhere on the car

The two-tone leather interior is just as nice as the exterior, with optional power articulated bucket seats that were state-of-the-art in 1985 now wrapped in black and yellow hides for a great look. C4 fans will find it easy to get comfortable here and as you'd expect, everything is in very good condition. The leather looks well-maintained save for some very minor stretching on the driver's outer bolsters, and the carpets and door panels are quite nice. The digital dashboard was very exciting news for 1985 and remarkably, it's fully functional with bright graphics and complete displays. Just about everything was standard for the Corvette, including power windows and locks, A/C, cruise control, and the top lifts off for true open-air motoring. There's a powerful AM/FM/CD stereo with subwoofer in the hatch area and a Grant GT steering wheel just to give it a bit of an edge.

The only engine available in the 1985 Corvette was the indestructible torque factory known as the L98. However, the original fuel injection is long gone, replaced by a pair of 4-barrel carburetors that have razor-sharp throttle response and never seem to run out of breath. The engine was rebuilt about 2000 miles ago and runs superbly, maintaining the original serpentine belt drive system for the accessories and adding a set of finned valve covers and a bunch of chrome to make it look good. Long-tube headers feed a fresh dual exhaust system that sounds great and the clunky Doug Nash 4+3 gearbox has been replaced by a proper ZF 6-speed manual that totally transforms the car. Brakes are powerful, the hunkered-down suspension is track-ready, and it sits on a set of beautiful A-Mold wheels wearing 275/40/17 front and 315/35/17 rear Nitto performance radials, the same sizes as the mighty ZR-1.

A fast, fun 'Vette that will entertain the crowds with its awesome look, gets you a guaranteed invite to all the big Corvette events, and costs less than a used Honda. How can you go wrong? Call today! 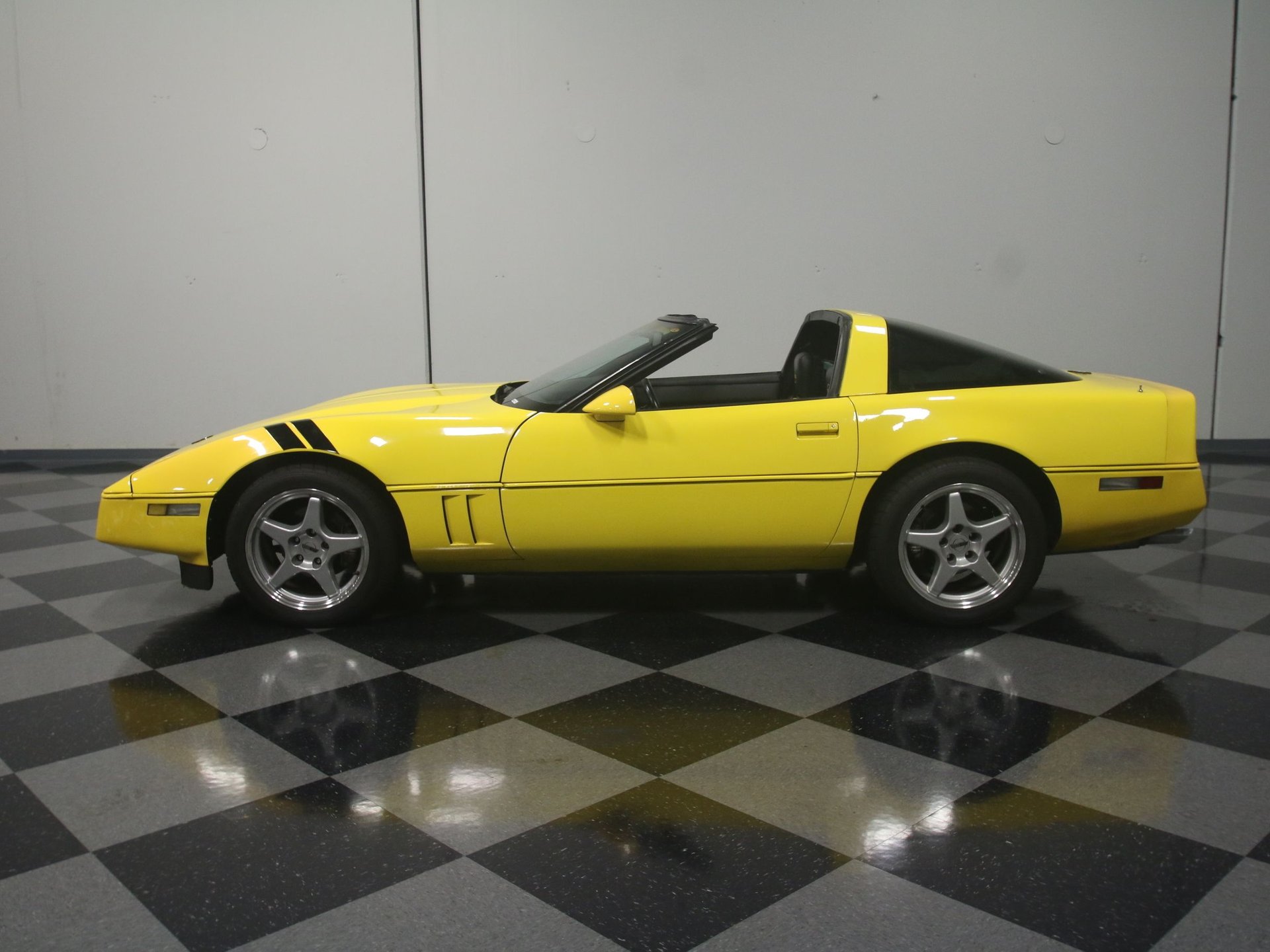