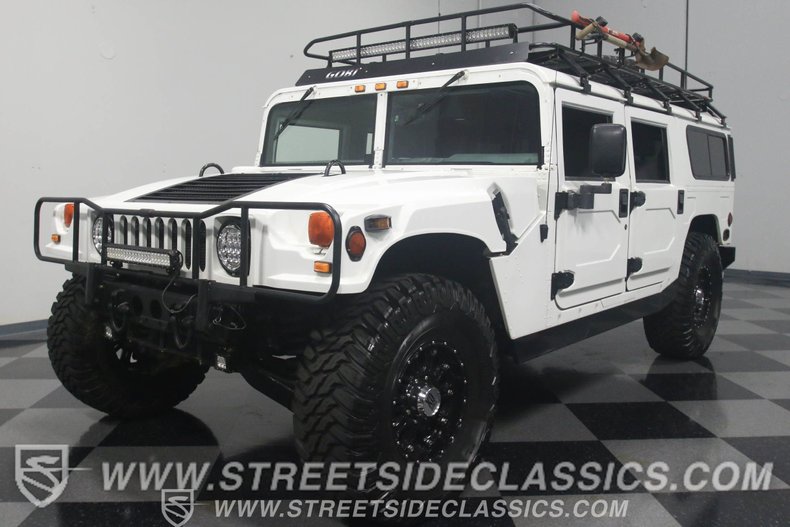 6.5L GM TURBO-DIESEL, AUTO, DRIVE OVER ANYTHING, READY FOR A MILLION MILES!!

You already know what this is. You know what it can do. You know there's no place it can't go. And it's still the biggest, baddest piece of off-road kit you'll ever own. In short, this 1997 American General Hummer H1 is the ultimate 4x4 and it's likely to stay that way.

You've admired trucks like this in the past, but few are built to this level. There are reconstructed military cast-offs and plenty of domesticated civilian versions, but this one takes everything great about the H1 and turns it up to 11. First, there's the white paint job, which in and of itself isn't especially exciting, but when it's on a vehicle this size and accented with a lot of black hardware, well, the look is spectacular. It's the wagon version of the H1, which is still the one to own, because it's both practical and stylish, and this one shows few signs of having been off-roading. Instead, it's probably a lived an easy life as a show piece and thanks to a repaint about five years ago, it shines better than most of its kind. Upgrades include full LED lighting, including the light bar on the roof, a Gobi roof rack that's pure hardcore, a brush guard up front and the usual tow hooks, industrial hinges and latches, and other butch bits that make these trucks so intimidating. There's just nothing more hardcore than needing to use one of those built-in ladders to get to the spare tire lashed to the roof of your truck.

If you've been in the military, you probably won't recognize the accommodations inside this H1. Comfortable cloth buckets from a late-model GM truck are a big upgrade, and a matching pair in back mean it's a 4-seater with room to spare. The wide center console is actually where the engine and drivetrain live, up high and out of harm's way, but it's been well insulated and the upgraded 6.5 liter diesel V8 is a muted sound, not a deafening roar. Full gauges, a beefy steering wheel, powerful A/C, and a decent AM/FM/CD stereo are all part of the civilian package, so driving this sucker is no hardship as long as you can afford to feed it. The levers and knobs control the various drivetrain modes, and a set of ARB air lockers were installed in the differentials for the ultimate in off-road traction. This sucker can almost climb a wall! The cargo bas is massive, as you'd expect, and there's simply no better way to get your stuff to a remote location.

Early versions of the H1 had wheezing, low-performance diesel engines that were reliable but slow. This one sports an upgraded 6.5 liter GM turbo diesel V8 from a late-model pickup, and the difference is quite noticeable. No, it's still not a drag racer, but it cruises through traffic without effort and the smoothness is a notable improvement. New injectors were recently installed and the entire A/C system was overhauled, so it's ready to enjoy and it drives great. The engine bay could use a detail if you want to show it, but if you're just going to get it dirty again, well, why bother? It's in great shape. The undercarriage is typical Hummer, with the independent suspension, offset-drive hubs that offer incredible ground clearance, and a recent exhaust system tucked up into the chassis where it'll be safe. There's a disc brake at each corner and giant 17-inch XD wheels were powdercoated black and fitted with gigantic 37x13.50-17 off-road radials.

Documented with its original manuals, this is a Hummer H1 done the way they should have been from the start. Only Arnold has one that's better. Call today! 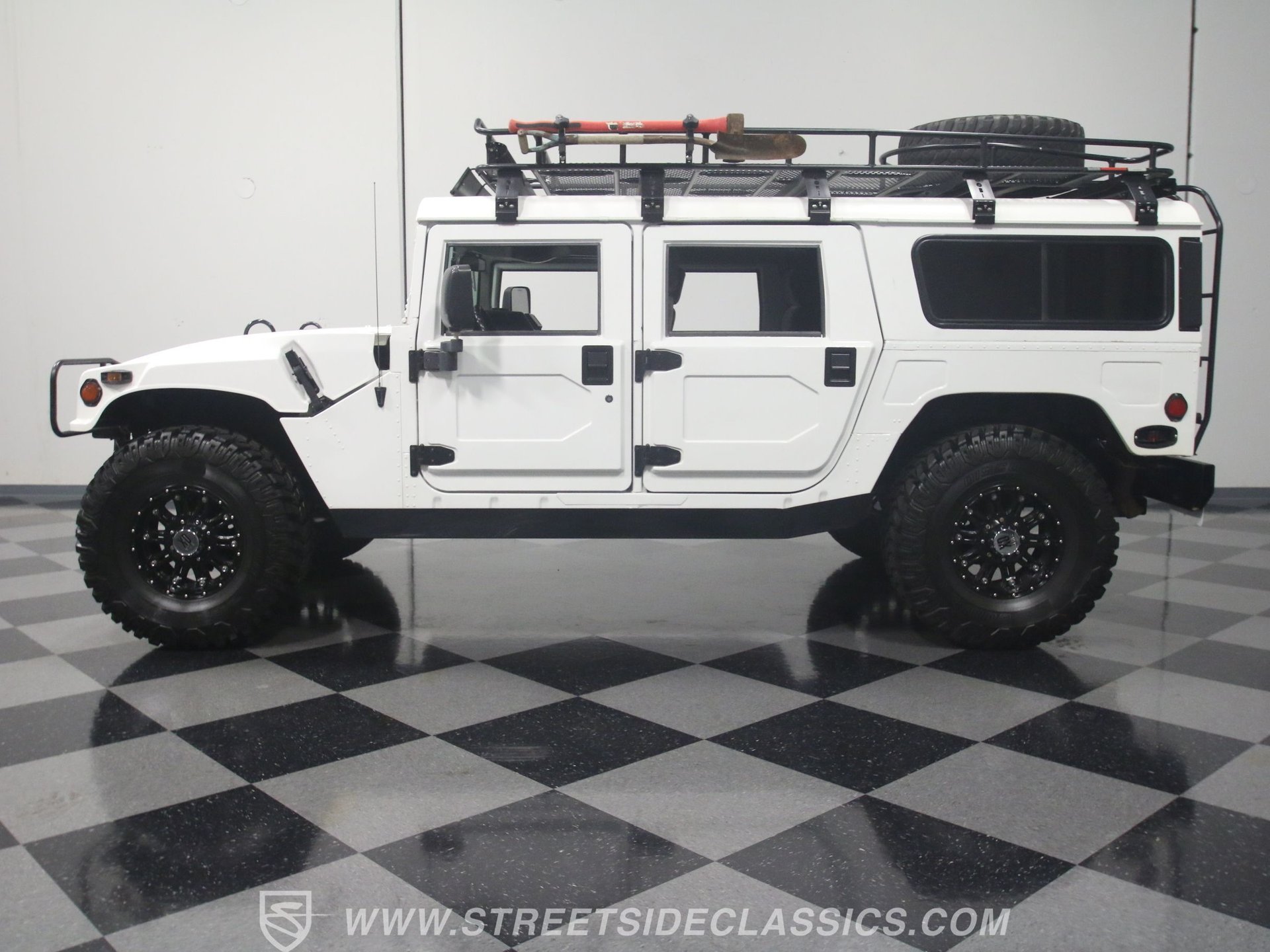