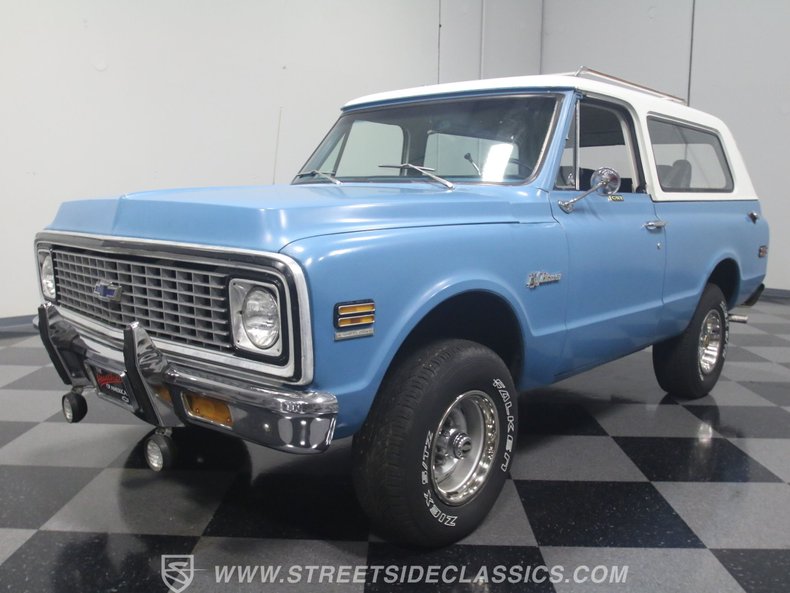 Although there were earlier mass-market SUVs, there's no denying that the Chevy Blazer took it to the next level. This 1972 Chevrolet K5 Blazer out muscled its competition when it was new, and today its broad-shouldered look is very much in fashion.

Looking very much like a well-maintained survivor, this big blue Blazer is one of those machines you've long admired but never quite found the right one. Well, THIS is the right one. It hasn't been abused off-road, it doesn't show signs of neglect, and whenever it was serviced, the proper upgrades were included. The light blue paint looks original, or at least fairly old, masking its size and giving it a period-appropriate appearance that will look good anywhere you take it. It's far from perfect, but if you like patina, originality, or are just looking for a good truck at the right price, this one gets it right. The crisp lines that make the Chevy pickups of this era red-hot collectables today are duplicated on the Blazer, giving it a familiar resemblance and a rugged, do-anything look. The sheetmetal is quite straight and there's no evidence that this 4x4 ever worked in the Snow Belt, which is surely a relief. The grille is in good shape although the lift-off top could probably use some attention.

A lot of Jeep owners wish their interiors were as comfortable as the Blazers. With original bucket seats covered by modern seat covers, a console, carpets, and some of the best-looking gauges ever fitted to a truck, this is a great place to hang out in your spare time. The seat covers are all you get, because the original vinyl upholstery is long gone, and the back seat was clearly borrowed from a late-model, although it fits rather well here. The gauges are in nice shape, with crisp markings and chrome rings that dress up the dashboard. There's a column-mounted shifter for the TH350 3-speed automatic transmission, while the lever in the center is for the two-speed transfer case that manages the four-wheel-drive. A newer AM/FM/CD head unit is in the dash, feeding speakers throughout the interior, so this truck isn't completely crude. Nice door panels with Chevy's favorite saddle tooling, a late-model steering wheel, and a carpeted cargo bay with full-sized spare round out the list of features.

The 350 cubic inch V8 looks pretty stock and runs superbly today. Finished to basically factory specs, it looks right in the big engine bay with its Chevy Orange paint and stock accessories. A 4-barrel carburetor builds horsepower for the big 4x4, and with power steering and brakes, it handles beautifully. At some point HEI ignition was added, but the rest looks pretty much as it might have in the mid-70s. You'll note that the firewall and inner fenders are in very good condition, more evidence of clean living someplace warm. A recent dual exhaust system gives it a great voice, and the transmission snaps through the gears without issues. The suspension carries a modest lift, a look emphasized by the big tires, which measure 265/70/15 and are wrapped around a set of factory Rally wheels with shiny trim rings to dress it up a bit.

Not a perfect truck, but either a great foundation for an awesome build or just a nice beater that you never have to worry about. Either way, there's lots to like in this K5 Blazer. Call today! 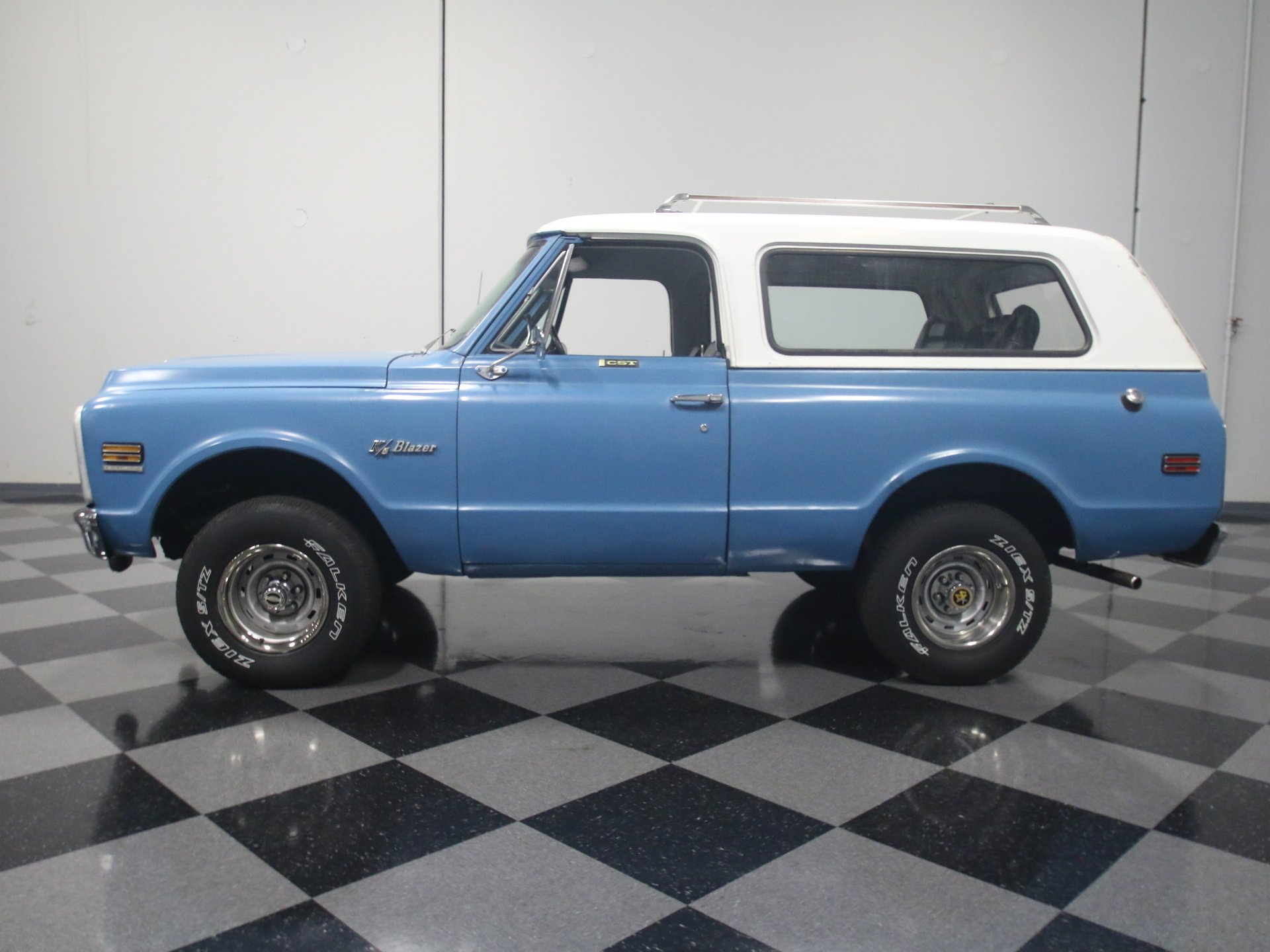