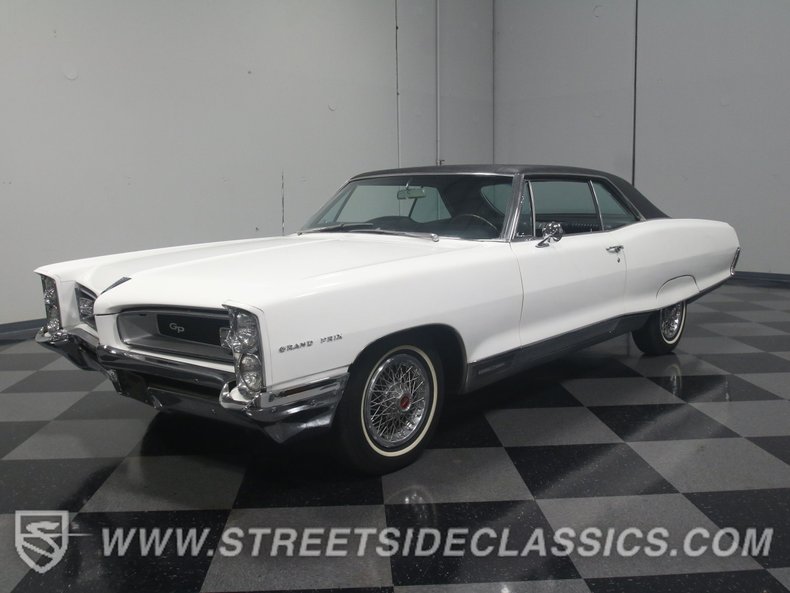 No other automaker in the '60s embodied performance quite like Pontiac. While most brands had one or two performance cars, EVERY Pontiac had a wide variety of powerplants and transmissions, plus a nasty reputation on the street. Cars like this full-sized 1966 Pontiac Grand Prix hardtop were built for comfort, but with a stout 389 under the hood, it's still quite capable of dishing out some hurt.

There's no question this is a full-sized car, but the sleek shape hides the mass and definitely looks fast. Pontiac's stacked headlight look is a total slam-dunk, defining the cars for years and you can see where the split grille got its start. Finished in simple, clean white, it's a little brighter perhaps than the factory Cameo Ivory, but no less attractive. Either way, it has an imposing presence on the road that is both racy and sophisticated at the same time, which was ultimately Pontiac's goal. Bodywork is nicely done with straight sheetmetal, particularly those massive quarters, and while its show days are behind it, this is still a car that gets attention everywhere it goes. Yes, it does show signs of use and age, which isn't a crime, but there's no denying the long, sleek look is one of Pontiac's best. The bumpers sparkle against the white paint and the black vinyl top makes it look like a grown-up's car.

There's something about a full-sized car with buckets seats and a console that screams performance at any cost. It's like they forgot it was a luxury car and went right for the good stuff when checking off options on the original order form, including power windows, cruise control, and factory A/C that still blows ice cold. The seat covers and carpets are quite nice and probably original, with matching door panels that look right and a very nice dash that embodies Pontiac's performance/luxury style. The gauges cover the basics, but there are three neatly angled pods keeping an eye on secondary functions. And that clear Lucite steering wheel is just too cool, even with a few cracks. The original AM radio remains in the dash but it's probably due for an upgrade if you're going to drive your Poncho. And cruising is easy, thanks to a massive trunk that holds a full-sized spare and still offers enough room for a group of five to carry, well, everything they own.

The engine a burly 389 cubic inch V8, which is likely the car's original powerplant but we haven't confirmed it. Originally rated at 333 horsepower, pulls this big coupe around with the kind of effortless ease that you'd expect and still has the oats to show its taillights to some pretty serious machinery. It's nicely detailed and fairly correct under the hood, with the only notable upgrade being the A/C compressor. Pontiac Turquoise engine enamel, chrome valve covers, and big letters on the air cleaner spelling out the engine's specs are all part of Pontiac's knowledge that they were building cars for car guys. The undercarriage isn't detailed for show, but it looks good in basic black and shows no critical issues. The Th400 3-speed automatic offers snappy shifts and the ride is luxury car smooth, although the bark from the stainless Magnaflow exhaust system suggests there's a little more here than meets the eye. Wire wheel covers are the perfect choice here, and they're wrapped in whitewall radials for a proper luxury look.

This is a big, fun, comfortable cruiser that proves you don't have to give up performance to get a little luxury. Call today! 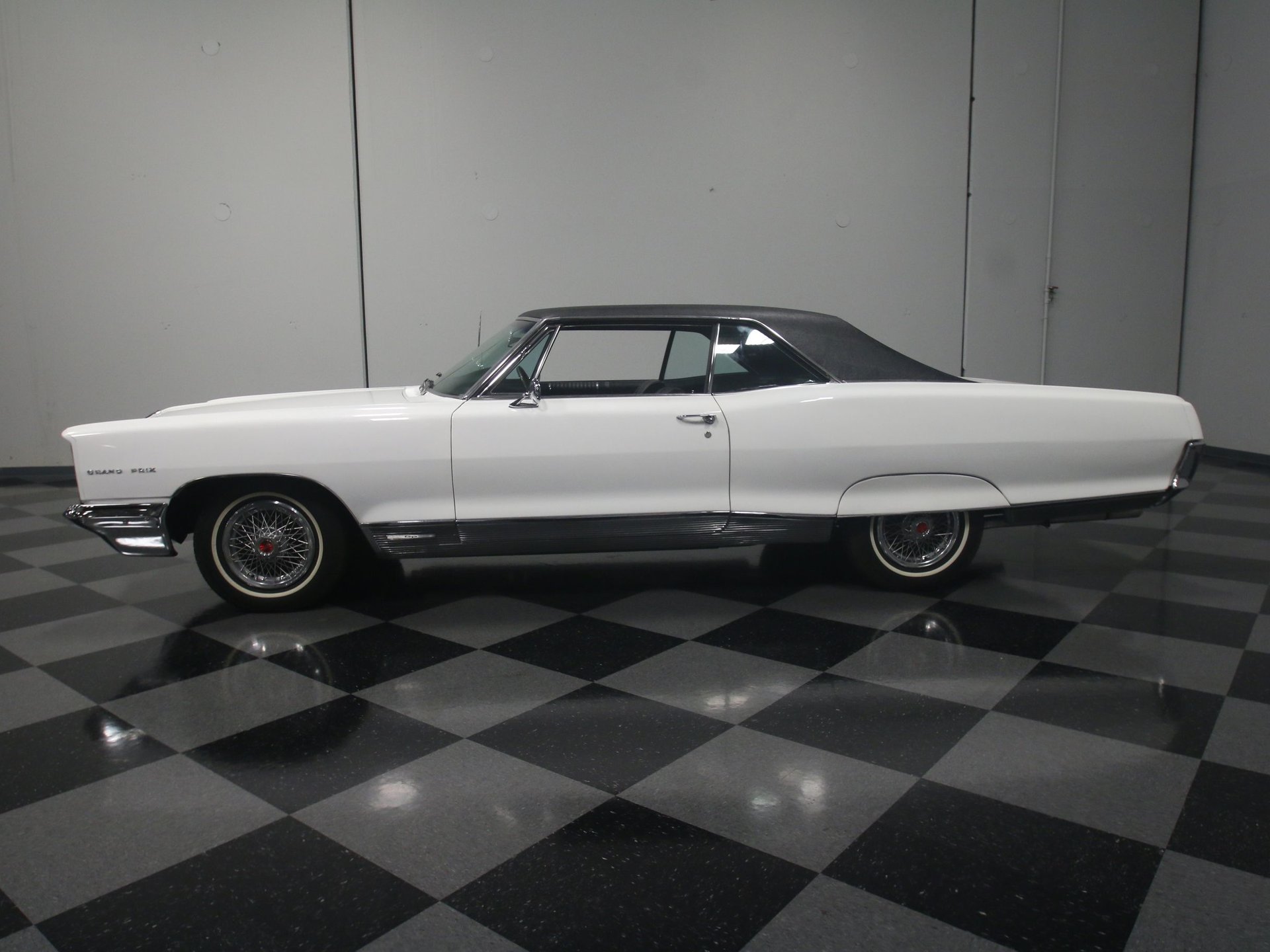