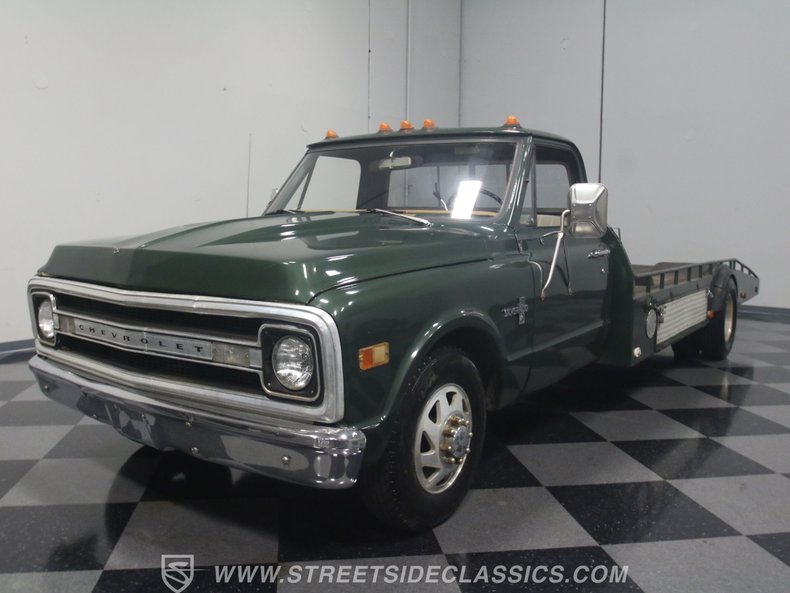 This 1971 Chevrolet C20 ramp truck is a whole lot of practicality wrapped up in a great-looking package that you can take to shows. Imagine putting your prized hot rod on the back of this and showing up at a Goodguys show this summer. Or just putting it to work making some spare cash, because with a built big block Buick motor and a heavy-duty chassis, there's almost nothing that it can't haul.

We used to call these "street strechers" because they were a great choice to rescue or haul a vintage car or hot rod, hence the rescue-like "stretcher" nickname. Today, we're seeing more and more vintage haulers at shows, either as show pieces themselves or as vehicles that haul the actual show cars. Either way, this Chevy has a lot going for it, not the least of which is its rugged look and popular Chevrolet bodywork. Finished in hunter green, it's low-key, but that way it doesn't take away from whatever you put on the back. And since it's not perfect and sparkling, you'll never hesitate to get it out and get it dirty doing some real work. They've added a steel cowl-induction hood, which gives it a slightly custom look, and you can easily see that a great deal of money was spent detailing it when it was put together: the bed and rails were painted to match the body, running lights on the cab just look butch, and big chrome mirrors make it easy to handle. If you're lucky, this truck won't steal too much attention from the custom build riding on its back.

The interior is the same as most Chevy pickups of the era, simple and well-designed. There's a newer tan cloth seat cover and matching door panels, so it's far from crude, yet with rubber mats on the floor, it doesn't mind if you get dirty doing some work. Original gauges cover the basics, so they're joined by a pair of built-in aftermarket dials to monitor the secondary functions. The original steering wheel is OK, but could stand to be replaced, especially now that high-quality alternatives are available, and the dash pad has been finished in tan as well. Entertainment comes from an AM/FM/CD stereo, so long hauls are never boring, and most of the metal inside was painted to match the bodywork. A sliding rear window makes it comfortable without getting too drafty inside, making this a great highway cruiser!

You might think it odd to see a 455 cubic inch Buick V8 under the hood, but in terms of torque production, there's nothing that does it better. Rebuilt about 10,000 miles ago, it was correctly finished in Dante Red, so it stands out in the engine bay, and with a weekend of detailing, it could easily be up to being your show vehicle if you have nothing else ready to roll. A few chrome pieces, a new power brake setup, and a giant radiator with twin pusher fans ensure that it never gets hot, even when it's working hard. There are also dual batteries to power the heavy-duty winch on the bed. The transmission is a TH400 3-speed automatic that doesn't even blink at the heavy loads its asked to haul, while out back there's a suspension that's obviously beefy enough to handle the weight of an entire car on top. It cruises at modern highway speeds, makes great V8 sounds, and like I said, if you want to get attention, showing up in a rig like this will do it. Custom aluminum wheels add to the trick look, and with a fresh set of chrome lug nuts, it would really sparkle.

For not a lot of cash, you're getting a heck of a lot of truck. Put it to work or use it to play, but either way, this Chevy gets the job done. Call today! 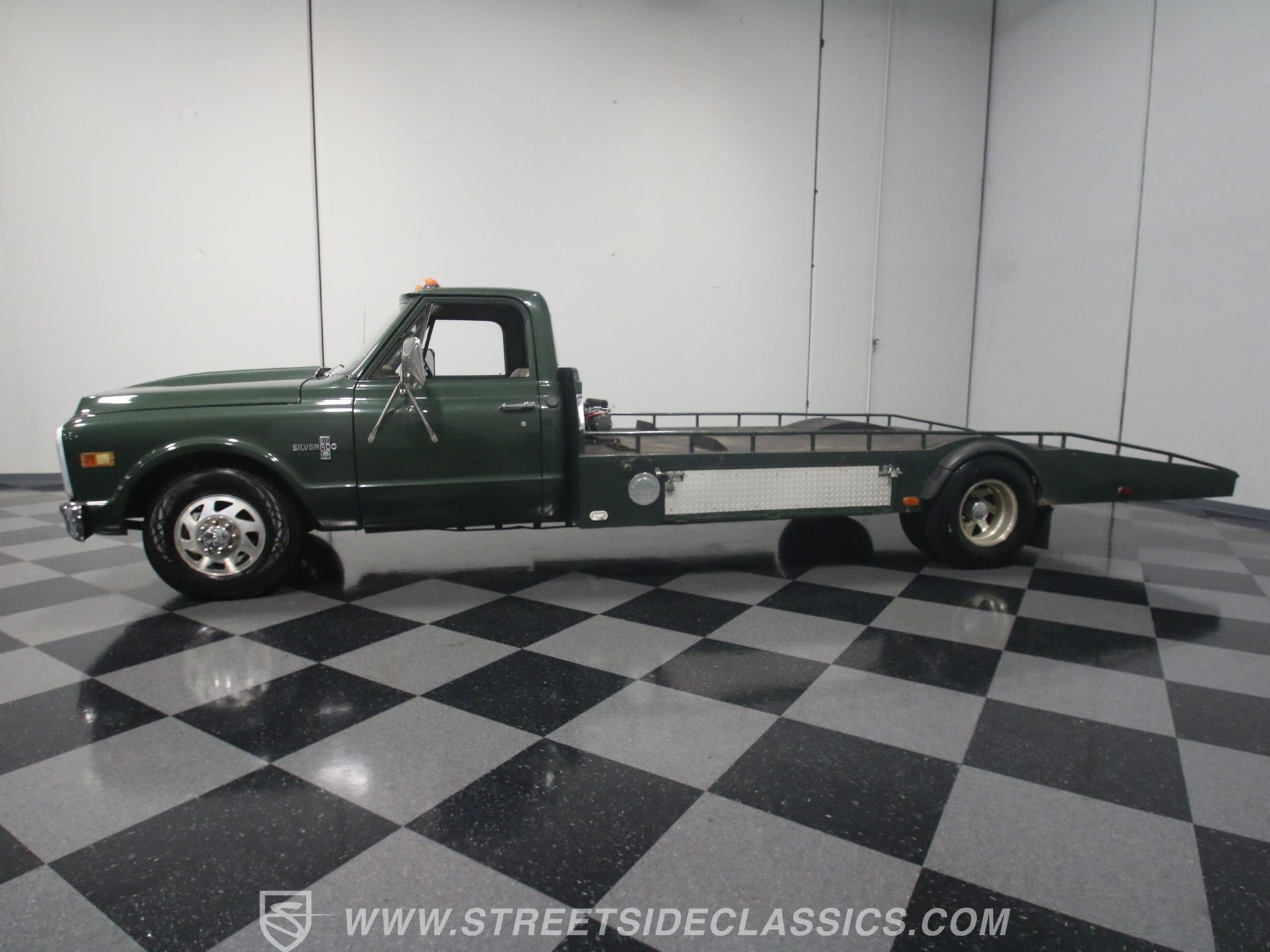