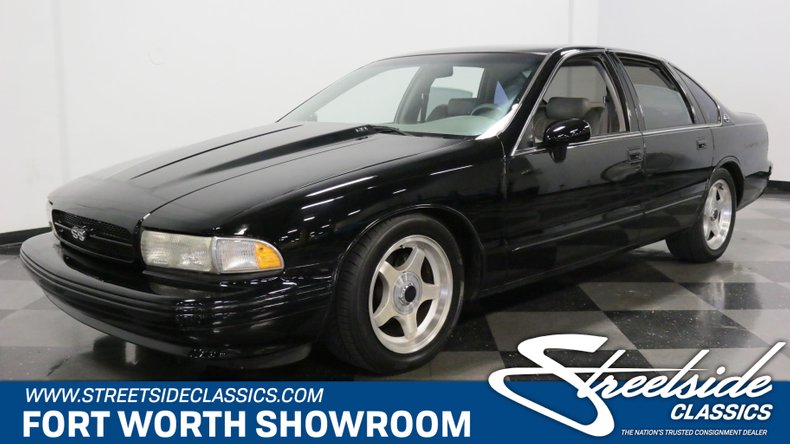 The true measure of great cars is their long-term value to collectors. The 1994 Chevrolet Impala SS was special when it was new, but it has only been in the fullness of time that we've learned just how special. As the last rear-wheel-drive, body on frame sedan built by GM, it does hold a place of distinction. But add in a Corvette-sourced LT1 under the hood (that's been slightly upgraded in this one), an athletic suspension, and that distinctive monochromatic paint job, and you have a slam-dunk of a collector car that STILL sells for sticker price 25 years after it went out of production. Special? You'd better believe it.

It's safe to assume that the guys who bought these cars new realized that they were buying a piece of history. As a result, cars like this first-year black 1994 example are often well-preserved. This one is almost entirely original, with no accidents or panel replacements, and the finish is pretty well preserved with only minor signs of use and age, which is to be expected for a driver. Credit the car's condition to clean living with four conscientious owners, and everyone thought these were collectable, even when they were new. There are a few touch-ups on the hood and decklid, which often take a brunt of the abuse, and maybe a scratch here and there in other spots, but this is a car that still turns heads today. With no stripes, graphics, or any other graphic add-ons, the car looks big, but its imposing nature definitely makes a statement, and the most radical body mods are the cowl hood, the vintage SS emblem on the grille, and the tiny lip spoiler on the trunk. Talk about a Q-ship! Even the blacked-out grille is in great shape, the chin spoiler doesn't show major damage from driveway aprons, and all the Impala emblems are factory original. Give it a good buff and polish and you would really make this one sparkle.

The only interior available with the Impala was gray leather with buckets and a console. This one shows only modest signs of use, certainly in line with the mileage, and the leather remains supple and smooth. The back seat still looks barely used and if there have been more than a handful of passengers back there over the past 25 years, it would be a surprise. The combination digital and analog gauges are 100% functional, and it even retains the original Delco AM/FM/CD stereo, with the only non-stock item being a tachometer installed neatly into the replacement dash. Of course, everything was included with the SS such as A/C, power windows and locks, a tilt wheel, and cruise control. And as the last of the full-sized sedans, the trunk is positively massive, still carrying its original spare and a carpeted mat.

Power comes from GM's indestructible 5.7 liter LT1 V8, which makes 260 stock horsepower in the Impala. This one has been beefed up just a bit, with a Stage 1 TPIS cam, an upgrade valve train, a TPIS throttle body, and a cold air intake. Mated to a 4-speed automatic, it's the same powertrain that struck fear into the hearts of motorists living inside black and white police cruisers. Properly maintained from new, the engine bay looks tidy with the addition of chrome valve covers, and it drives wonderfully. Power 4-wheel discs and power steering were included, as well as a heavy-duty suspension with coilovers, giving the Impala moves that belie its size and comfort, and with stock 17-inch wheels, it rides like it should. Four 245/50/17 Bridgestone performance radials have been fitted, making this car ready to rock immediately.

The Impala SS is a rare machine, not just in terms of production, but in that it is a car that instantly created and ended a niche market, defined an entire market segment, and ended an era. That alone ensures collectability, but the fact that it is also a party to drive makes this one to own for yourself. Call today! 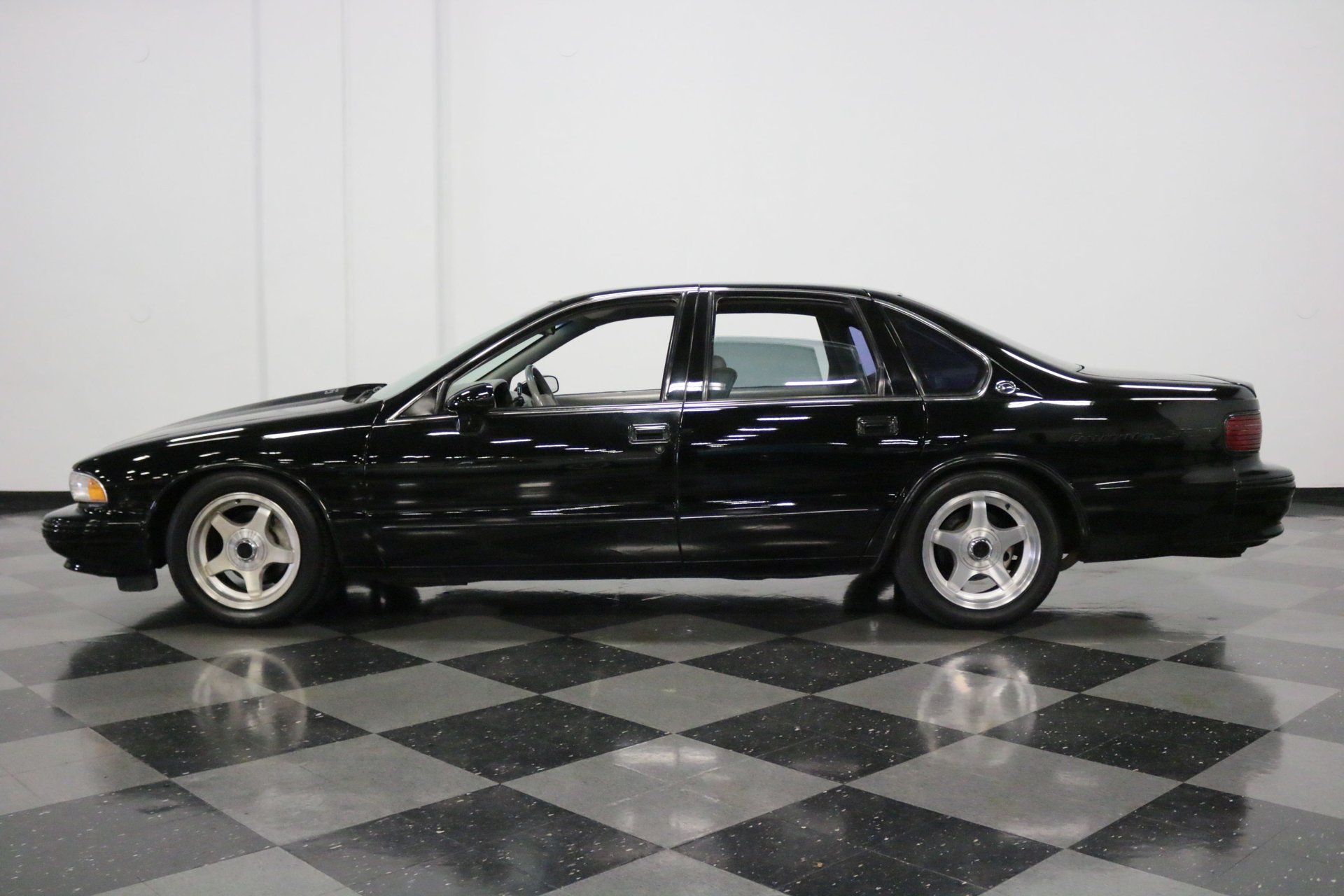