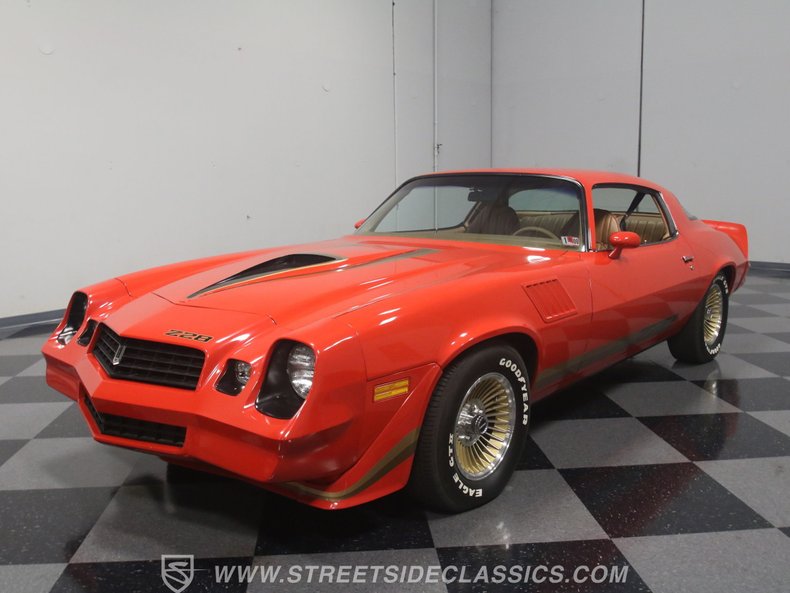 You've probably been watching our inventory lately and seen several of these astounding low-mile second-generation F-bodies come through. This 1979 Camaro Z/28 is from that same collection and it's just as amazing as the rest. Showing just over 8,000 original miles (and although the state exempted the miles ont he ownership docs, we belive it to be original), it's both an awesome survivor and a skillfully updated car that's ready to be driven. Either way, you're going to be pleased with it.

The bright red paint is this car's original finish. Not merely the original color, but the original paint, and it's remarkably well-preserved. Despite the popularity of bright red, you don't see too many 1979 Z/28s in that particular hue, probably because brown was all the rage that year. The sheetmetal, the decals, the paint, and even the spoilers are all factory-issue and remarkably well-preserved. The '79 Z/28 was a great-looking car with that cool hood and famous ducktail spoiler, and thanks to an engine upgrade, this one actually runs every bit as great as it looks. Fit and finish are exactly the way the factory did it and you'll be pleasantly surprised by how well the urethane bumpers match the bodywork, something GM struggled with throughout the '70s. Things like the glass, emblems, and lenses are all vintage 1979 pieces and remarkably well-preserved, making this car a slam-dunk in preservation class competition.

The same goes for the tan interior, which is a time-capsule from the disco era. Seats, carpets, door panels, and just about everything else inside this car is original. The seats show almost zero wear, the carpets are like new, and even the floor mats are installed upside-down to help preserve their faces for the future. This Z is also heavily optioned, including factory A/C (with an R134a conversion), power windows, and a 4-speed manual transmission, but oddly enough, it appears to also be a factory radio delete, which is kind of cool. The gauges look new, the steering wheel isn't cracked or faded, and, well, if you want a fresh 1979 Camaro, they don't come much fresher than this. The trunk is outfitted with an original black carpet set as well as its original space-saver spare, jack assembly, and inflator bottle, none of which have ever been used.

Under the hood, things get a little interesting. So this is an ultra-low-mile car. What do you do with it? Driving it reduces its value right? Well, how about yanking the original engine and replacing it with a ZZ4 crate motor, which has been detailed to look exactly like the factory 350? You could check the numbers and learn that it's not original, but it'll pass muster at the shows and with an extra 120 horsepower on tap compared to the 1979 spec, I bet it's a lot more fun to drive. It starts, runs, drives, and handles like it just rolled off the showroom floor, except nobody ever had a '79 Camaro this fast. The exhaust system has been upgraded to a true dual setup without the pesky catalytic converter, but otherwise the undercarriage is 100% as it was in 1979 and every bit as well-preserved as the rest of the car. 3.73 gears mean that performance is extremely entertaining, although you might want to take it easy on those vintage Goodyears, which are likely only the second set of tires this car has ever worn.

The original, matching-numbers engine is available, making this Camaro a tantalizing view into your choices for its future. Regardless, it's one of the cleanest stock F-bodies we've ever seen. Call today! 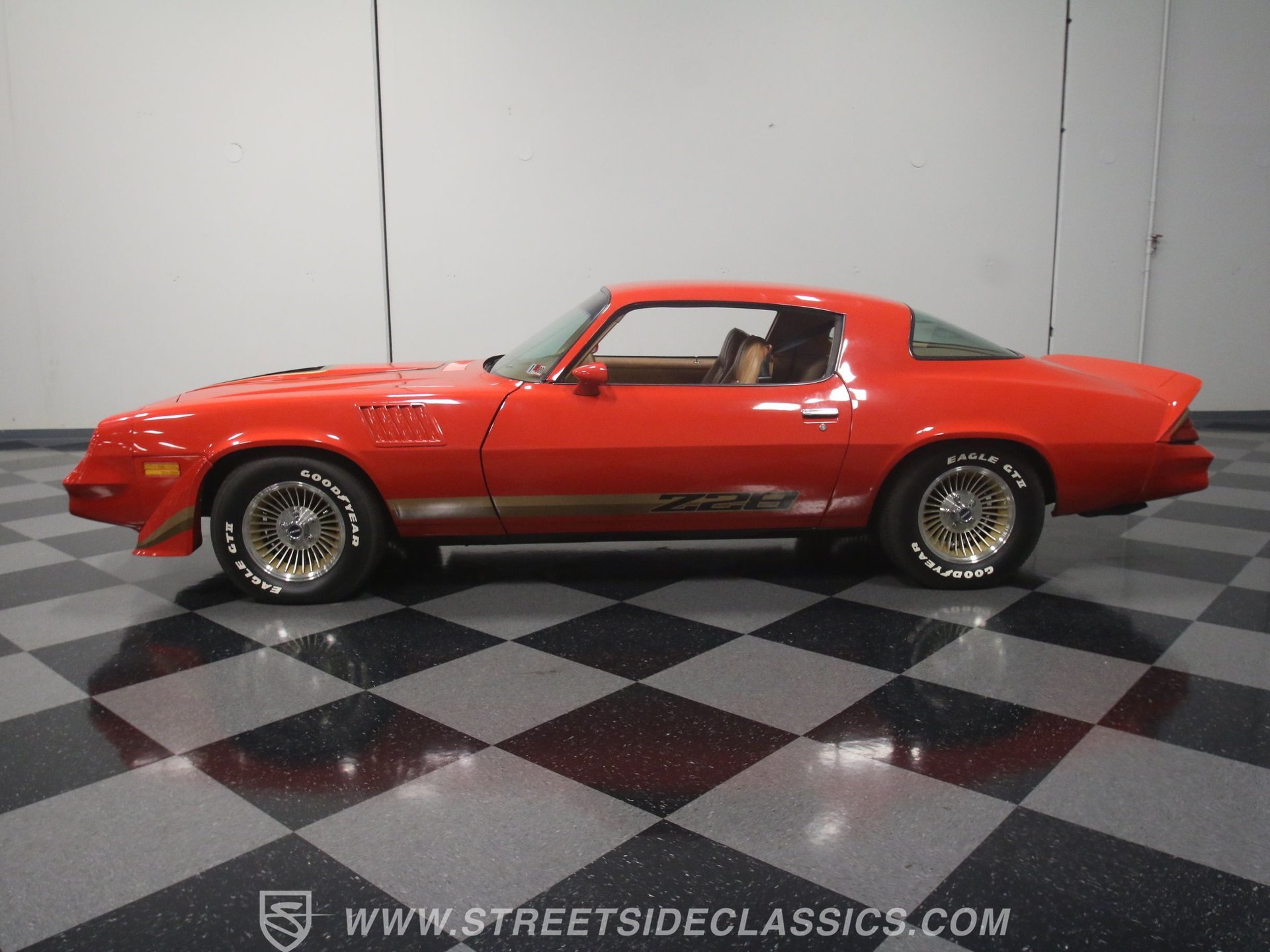