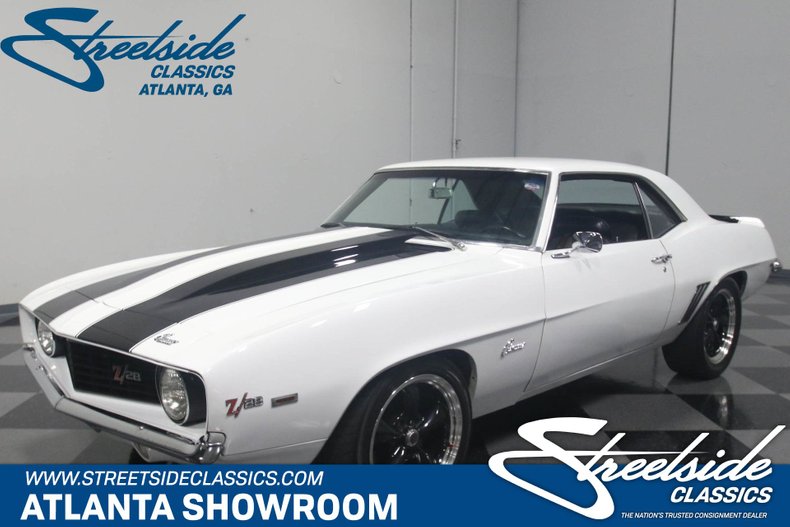 If you're going to dream, dream big. Clearly someone wanted to build the ultimate '69 Camaro, and pulled out all the stops to create this stunning resto-mod. With a modern tech LS motor under the hood, high-visibility bodywork, and a traditional black and white interior, this is the Camaro we all wish we owned.

Seriously, if you could have a vintage Camaro built any way you wanted, isn't this pretty much what you'd wish for? The bodywork is quite nicely done and doesn't change anything from the stunning 1969 factory look. The handsome white paint is pretty close to the factory Dover White and with Z/28 style stripes that adds a performance look that's practically expected on an early Camaro. A cowl-induction hood, ducktail spoiler, and proper 'Z/28' badges were added during the build, accentuating the factory styling without calling too much attention to the upgrades. There were no liberties taken with the Camaro's classic shape, and we like the addition of the gills in the quarters, which really stand out against the white paint. Chrome bumpers have been nicely refinished and all the stainless trim has been buffed to a high shine so it really sparkles. It certainly looks fast, but most folks won't know just how fast until it's too late.

From behind the wheel, there's almost no way to tell that this isn't a beautifully restored, stock Camaro. A black and white houndstooth interior always looks elegant and sporty, and the workmanship is good throughout. The seat covers are older and there's a split on the driver's side, but that's the only real blemish in an interior that's otherwise quite nicely done. The dash features new that look very much like vintage Stewart Warner dials and they seamlessly integrate original and modified components. A factory center console features a custom shifter that now manages a 4L60E 4-speed automatic overdrive transmission. That steering wheel is from a later Camaro but it sure looks right here, and you'll note that this car carries A/C which uses a modern compressor and R134a refrigerant. An AM/FM/CD stereo head unit in the original radio's location powers speakers on the rear deck, but you probably won't ever use it after you hear this thing run. In the best resto-mod tradition, this car blends the best of yesterday and today to create something truly spectacular.

Spectacular is one word for the sweet-running 5.7 liter LS1 V8 under the hood. The build takes no prisoners, and the fuel-injected aluminum motor grunts out enough power to make anything built in 1969 run and hide. It's also remarkably docile, with thanks to factory fuel injection and careful tuning so it's happy in the vintage F-body engine bay. There are no major modifications, so you get a plastic intake and a modest cam inside, but you'll never get tired of the way it pulls. Neatly dressed in Z06 style red coil covers that give it an OEM look and there's a giant aluminum radiator up front that keeps it cool without worries. Upgraded tubular A-arms improve handling, and 4-wheel power disc brakes keep it neatly under control. A beefy 10-bolt , Flowmaster mufflers, and those black Torque Thrust wheels with fat performance rubber all add up to a car that loves to run.

If you're looking for a weaponized 1969 Camaro, look no further. Nicely built, properly modified, and bloody powerful, it runs and drives like a car decades younger. Call today! 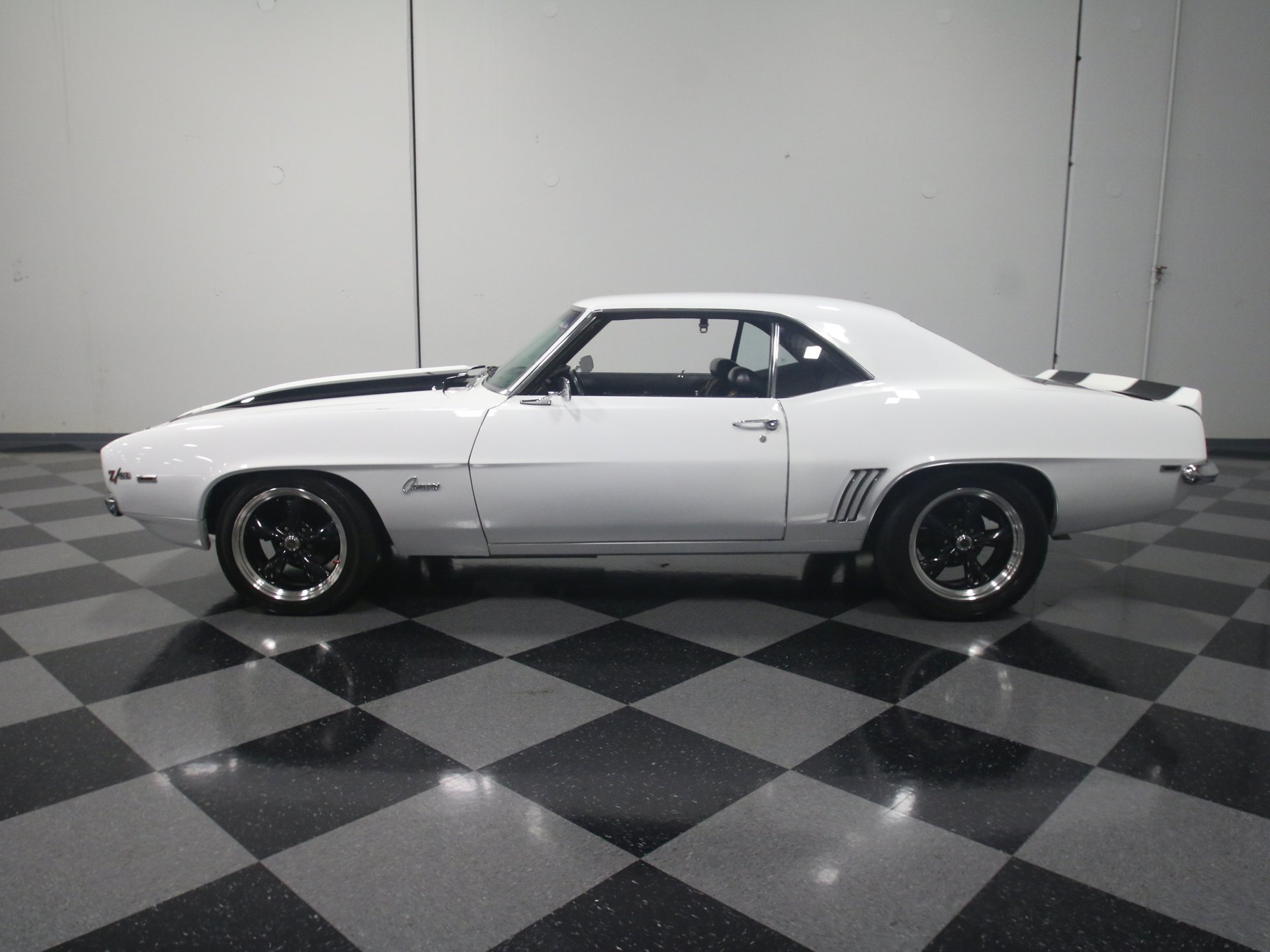