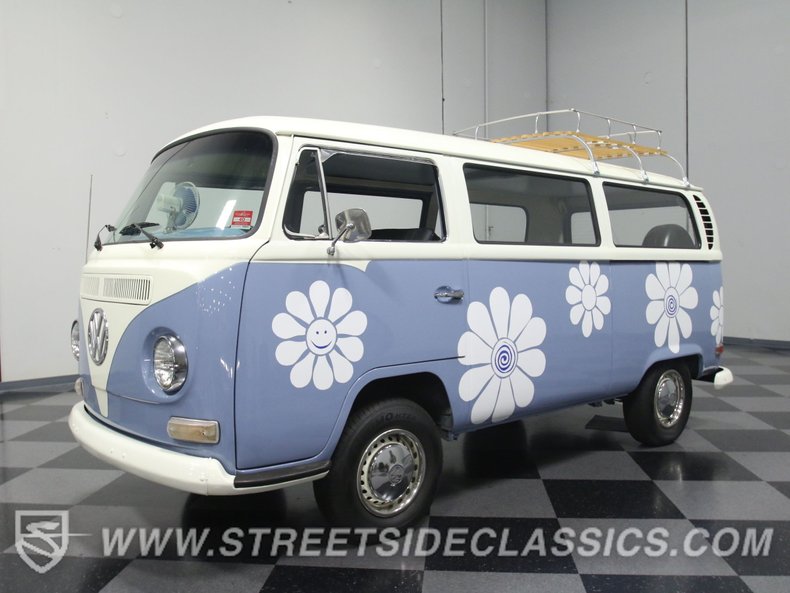 This 1971 Volkswagen Transporter Bus is either the coolest thing you've ever seen, or it's the real-life version of everything you've ever suspected about the '60s. In truth, it's a nicely restored Bus with a lot of practicality, a new engine, and an honest look.

For most of us who grew up after the '60s, this is what we figured all the VW buses looked like at one point or another in their lives. But underneath the happy paint you'll find a very clean, straight bus that's been well maintained thanks to its status as an icon. We don't know what color it was originally, but light blue is probably a good bet, but at this point does it even matter? The paint is about four years old and holding up well, and while it has been used as intended, it shines up nicely. And don't worry, the flowers are decals, so you can go low-profile if that's what you need. Given that it's never been wrecked or driven in a cold climate, it's solid enough to be pressed into regular use once again. Of course, you'll probably have to get used to being the center of attention, because any time you stop there are going to be questions, photo ops, and crowds of young-at-heart hippies who want to relive a great part of their past. And admittedly, all that attention is pretty cool.

The interior is a bit less funky, with a combination of original parts and new upholstery on the seats and door panels. Dark blue upholstery goes rather well with the light blue paint on the dash and door frames, tying it all together nicely. The seating position is definitely city bus upright, but the commanding view is part of why these VWs are so beloved. As in the Beetle, the gauges monitor only the basics, with secondary controls underneath, and there's a newer AM/FM/CD stereo in the center of the dash. That big fan is the only A/C but in most cases it's enough and you'll always have fun behind the wheel. In back, the cavernous cargo area includes a single bench seat that appears to be original, as well as wood paneling side trim. There's no headliner, so you'll have to finish that particular detail, but you could think of this as a blank canvas just waiting for you to take it to the next level.

The 1600 cc VW flat-four was just rebuilt and installed by Then & Now Restoration. With less than 2000 miles on the engine, it's ready to go for another four or five decades. Peek under the rear deck and you'll find the rugged little boxer engine, complete with a dual carburetors, freshened ignition system, plus some replacement wiring to make it reliable. It starts easily and perhaps even more surprisingly, cruises easily at 65 MPH. With a 4-speed manual, it's involving to drive and takes some skill to master that long linkage, but the suspension and brakes are in good order and it feels right going down the road. It isn't fast, but it'll go anywhere you need it to go and you'll still be impressed by the fuel economy. It's quite clean underneath and is fitted with simple steel wheels with 205/75/14 blackwall radials and simple stainless hubcaps.

No, it's not for everyone, but if you were there, you know how cool this VW really is. There's simply no other vehicle at any price that can compete with this awesome VW in terms of sheer practical fun. Call today! 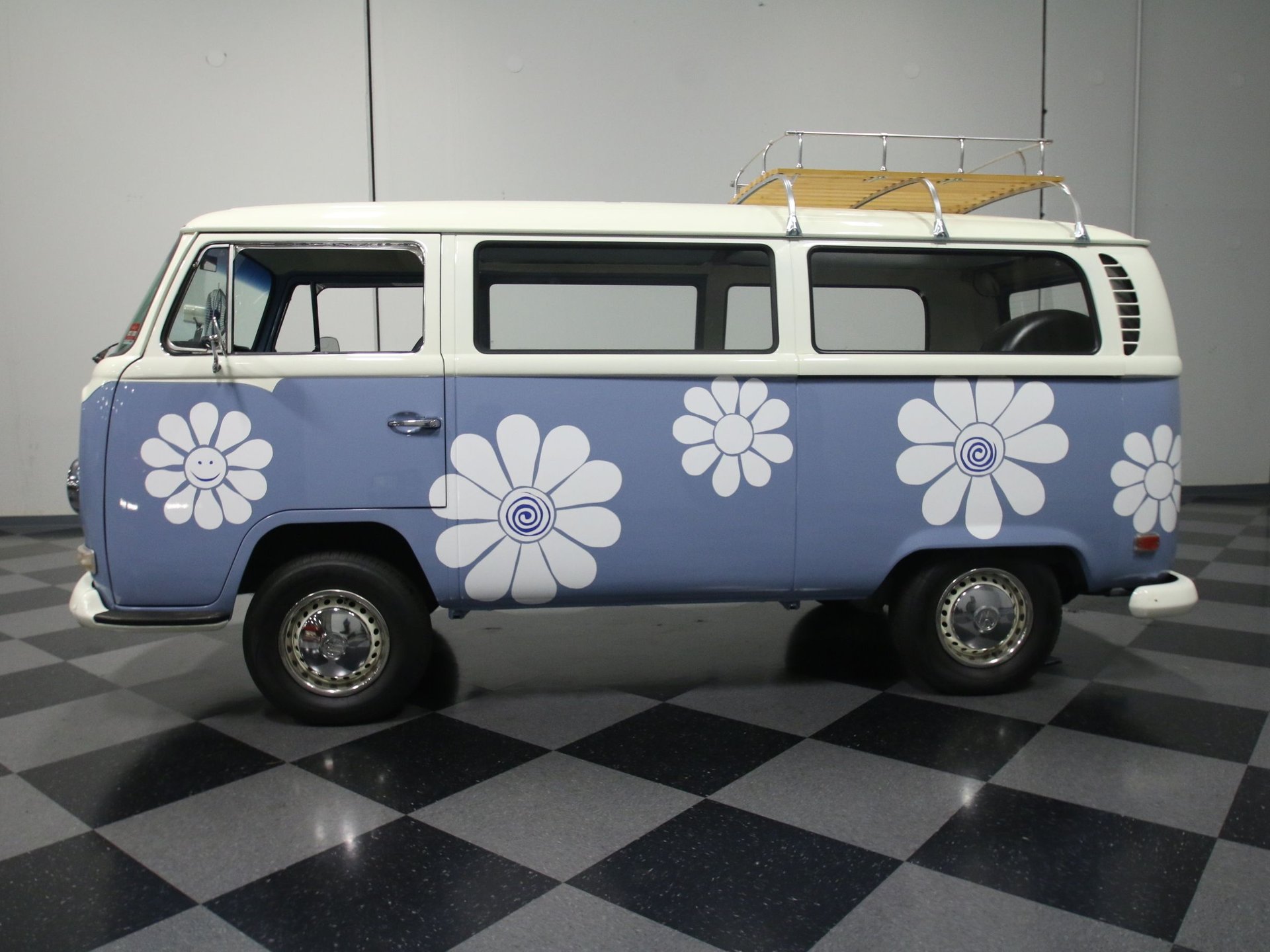