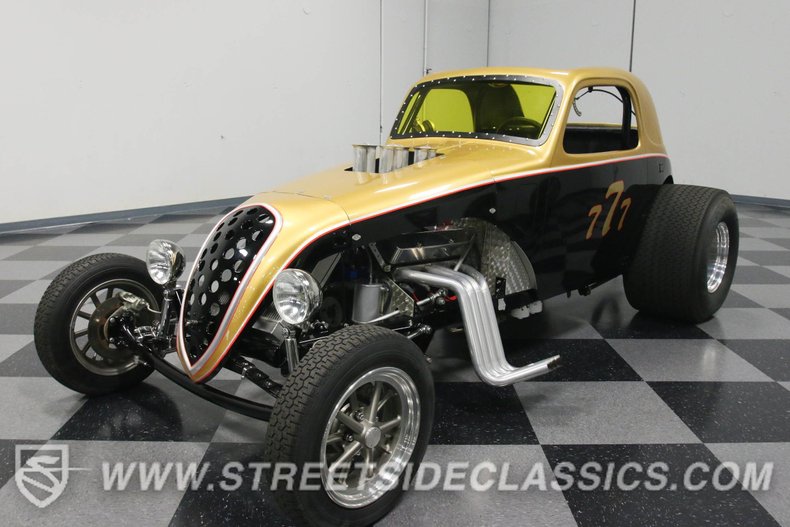 If you're going racing, taking weight out is as effective as putting horsepower in. And if you do both...

This 1937 Fiat 500 coupe is an awesome throwback to the '60s when tiny European microcars were stuffed full of American V8s and the results were, as you can see, spectacular.

The body on this one is fiberglass from Fiberglass Unlimited, but it quite accurately re-creates the look of the cute little Fiat, right down to the spare tire well out back. The Europeans learned long ago that smaller cars worked better in cities and you could still have lively performance, so they built cars that were handsome to appeal to a large market. That's why this one looks so right. The hood was lengthened a bit to handle a bit more horsepower, but the coupe bodywork still looks like the 1930s. Finishing it in gold over black adds a racy image, and keeping the sides open to show off the small block Chevy stroker motor within is great for intimidation on the street. Oh, and dig the velocity stacks hanging out of the hood and the vented custom grille up front, both pure 1960s performance styling cues. It's nicely built, not perfect (it's a race car, after all) but handsome enough to get more than a few glances just about anywhere you take it.

The interior is still pretty bare-bones, but since it was built for the street, there are a few concessions to comfort. First and foremost, there's a fairly comfortable bench seat which allows for two people to sit in the cool little Fiat without feeling confined. The rest is race-grade stuff, with a machine-turned floor, full cage, and three-spoke steering wheel that looks straight out of the '60s. You also get an industrial-strength dashboard made of a simple sheet of aluminum with Auto Meter dials and a big monster tach over on the right and a shift light on the steering column. The sifter is over there on your left, and since it's running an automatic, it's easy to use and doesn't get in the way. No radio, no heater, no A/C, so what you see is what you get, but you can imagine that this sucker is quite a thrill ride. Yellow Plexiglas for the windshield is another throwback look and there's a parachute out back that we suspect is there for more than show.

The engine is a 383 cubic inch Chevy V8, and with a featherweight curb weight, you know performance is explosive, which is entirely the point. It's got a Scat crank and eagle rods, GM heads with a Comp Cams camshaft and roller rockers, and up top there's a trick Hilborn electronic fuel injection system that looks retro but runs like the 21st century. The frame is custom-built from 2x3 .120 wall tubing and the suspension is traditional with a dropped '37 Ford I-beam in front and a custom Ford 9-inch with 3.50 gears hanging on a 4-link. In between, there's a built PowerGlide 2-speed automatic transmission, a tiny driveshaft, and disc brakes at all four corners. Traditional skinnies up front and giant Mickey Thompson meats out back deliver the right look as well as adequate traction to launch this cruise missile of a Fiat.

Unusual, fast, and very retro, cars like this aren't for everyone. But if you're the guy who understands that speed and lightness go hand-in-hand, then this is a car you shouldn't miss. Call today! 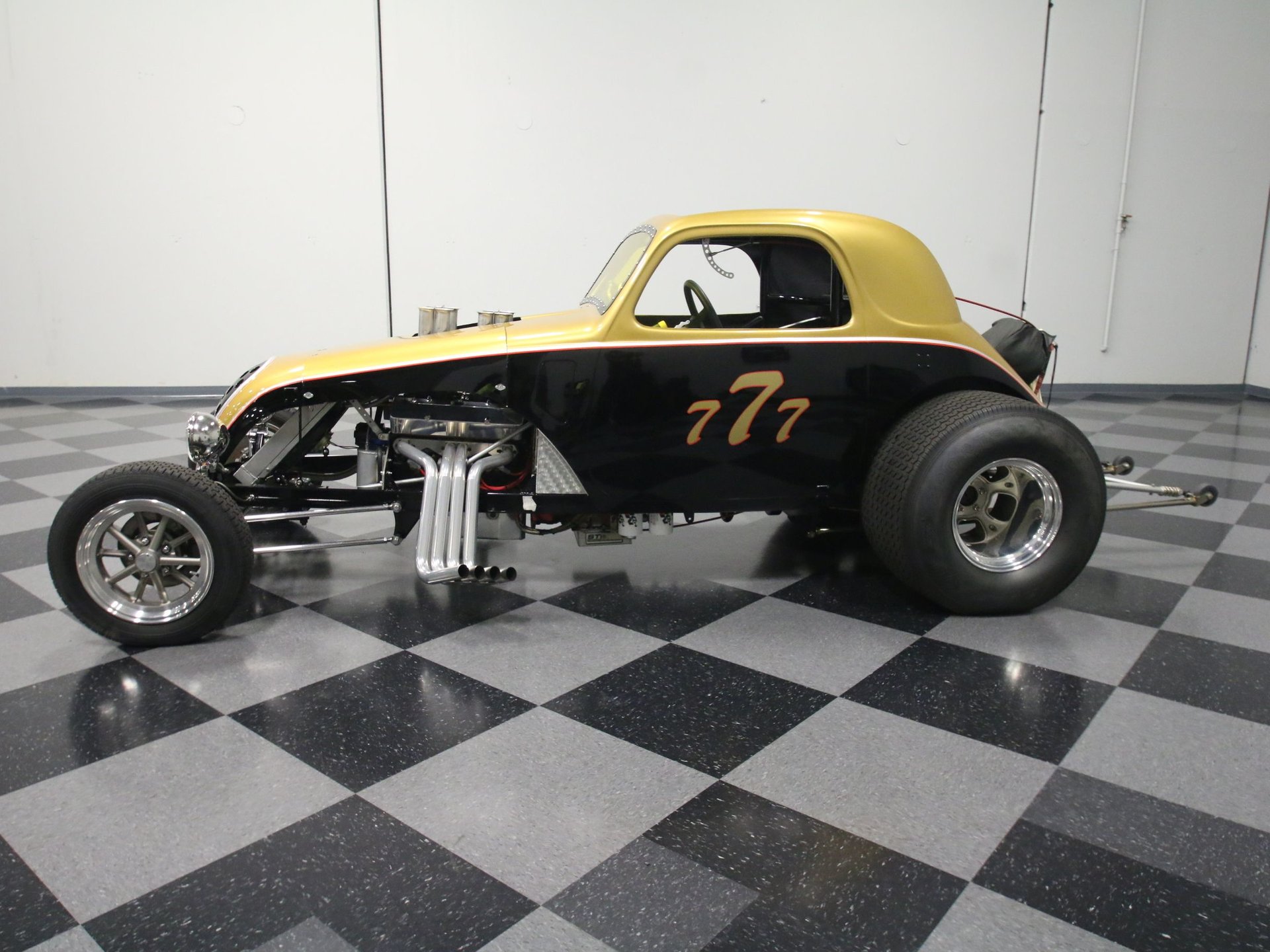