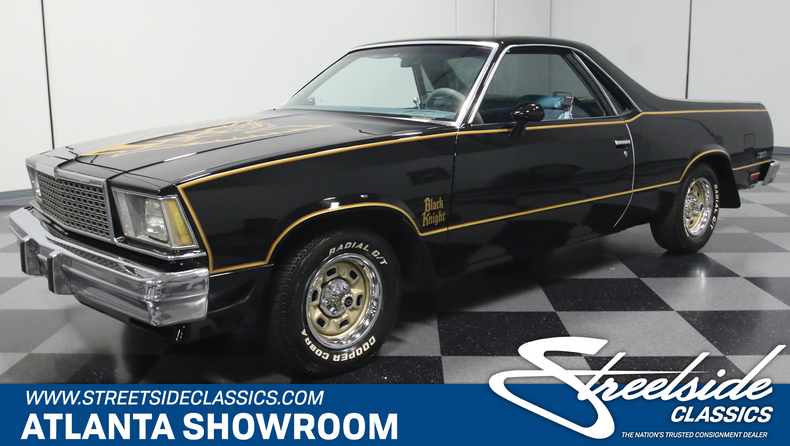 In the late 1970s, the hottest car on the road was the "Bandit" Trans Am. So when Chevy dealers started looking for a way to bump sales of the El Camino, well, black and gold was already an established hit. Thus was born the 1978 Chevrolet El Camino Black Knight, looking for all the world like a Silverado and a Trans Am had a child. Fortunately, this one is filled with V8 power and limited edition cachet.

Only 1200 or so Black Knight El Caminos were built before a lawsuit forced GM to change the name to Royal Knight in 1979, making them rather rare beasts out in the wild. They were also extremely popular, with some dealers ordering up the decals and dressing up standard Elkys to look like the Knights. Either way, these were great-looking cars. Is this a real one? We're not positive without an original dealer's invoice, but it's certainly got the right look. The black paint is an older respray that's holding up well and when you're doing black, you know there's no way to hide the flaws, so they obviously started with good base stock. Dressing it up with the gold Black Knight decals is one way to make your El Camino stand out, and we have to admit that it works just as well here as it does on the Trans Am, with the gothic-looking hood decal and plenty of gold pinstripes to highlight the El Camino's unique profile. The grille and bumpers are standard El Camino fare and are in very good condition and just in case you still want to use this things as a hauler, the bed has been treated to a spray-in bedliner. Nice!

The bright blue interior is an unusual choice, but the trim tag says that black paint and a blue interior were how this car was originally ordered so it's quite possible that it's a real Black Knight. It certainly appears that the upholstery is original, and with that in mind, it's in good shape overall. Sure, it's the product of the '70s, so it's a little flashy, but there's plenty of stretch-out room with the wide bench seat and the surroundings will look familiar to anyone who has driven a '70s GM product in the past. Standard factory agauges are joined by three auxiliary gauges under the dash and this car is fitted with options like a tilt steering column, AM/FM/8-track radio, cruise control, and A/C (needs service). Heavy duty floor mats protect the carpets and there's another Black Knight decal in the rear window.

1978 was the last year you could get a 350 cubic inch V8 in an El Camino, with this one carrying a replacement Mr. Goodwrench crate motor that's an easy fit. All the factory hardware was swapped over, so it isn't some home-brewed monster but rather a truck that feels very OEM and surprisingly powerful. There's an Edelbrock 4-barrel carburetor and polished intake manifold under the stock air cleaner, so nobody will know there are a few extra ponies on tap, but the rest looks like it was installed at the factory. A true dual exhaust system with glasspack-style mufflers was installed, which also adds some power, and the TH350 3-speed automatic transmission snaps off quick shifts to make it a lot of fun to drive. The undercarriage is remarkably clean and it has the right stance on gold Rallys with 215/70/14 white-letter radials all around.

A very unusual piece of GM history or simply a great-looking El Camino? You decide, but at this price, we don't expect it to sit around for very long. Call now! 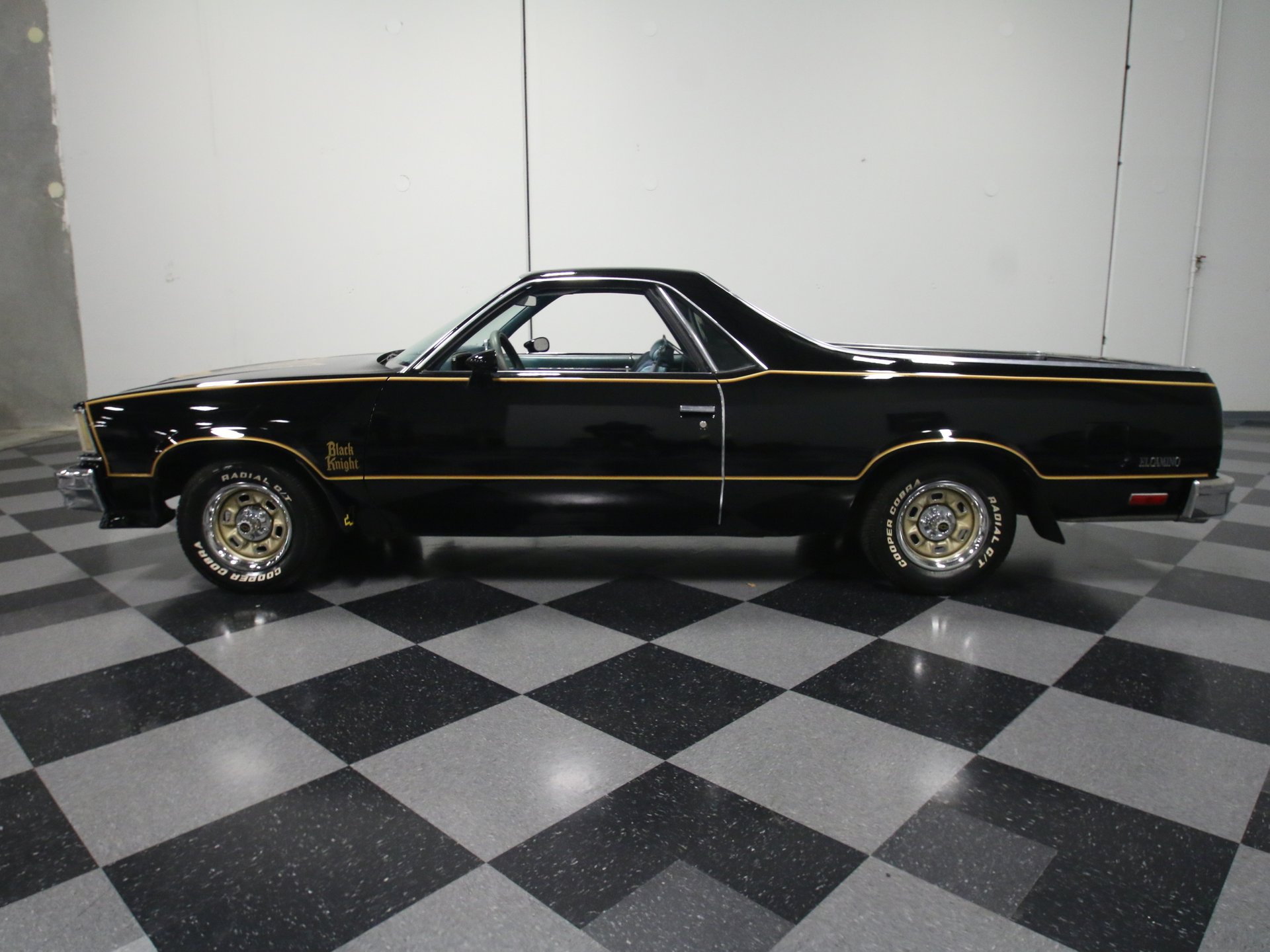