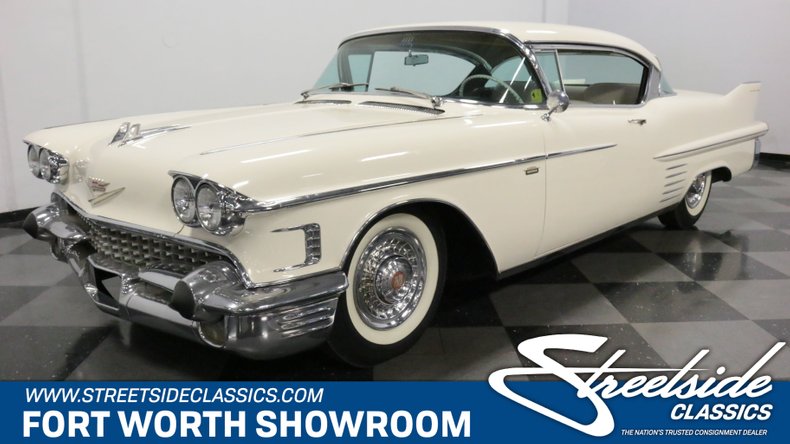 Make no mistake, Cadillac not only understood the concept of First Class in the '50s, but they were the world's finest purveyor of it. This stunning 1958 Cadillac Series 62 two-door hardtop should tell you all you need to know about what the 1% was doing with their money in the late 1950s. Very impressive, and with a few choice upgrades that's ready to cruise, it's over-the-top luxury and style from an era when America could do no wrong.

'50s Cadillacs are impressive machines and just the mere sight of one sends our imaginations spinning towards who might be inside, what celebrity or dignitary might be enjoying that ultimate luxury. But at the same time, they need to be imposing and with this Cadillac wearing a very handsome Alpine White, it certainly gets your attention. The finish presents incredibly well but isn't perfect, but it would also be a crime to repaint it because a professional buff and polish would really kick it up a notch and restore its former glory. The quality is still quite visible everywhere you look, as it should be for a car that cost as much as the average family's house in 1958. And while no late-50s Cadillac could ever be considered subtle, this one has presence to spare: it's big, it's shiny, and nobody mistakes it for anything else. Perhaps it's all that glittering chrome, which it wears like an expensive watch and cufflinks, symbols of almost unattainable luxury that you almost want to reach out and touch. There are no deviations from stock and although some of the chrome and trim could use a little polishing/refinishing, it still looks great up against the soft hue of the paint.

You'd expect to be coddled inside, but this car is appointed like an executive office suite with every possible luxury convenience 1950s technology could provide. The handsome black-and-white interior is almost entirely original and still in good shape with modest signs of wear but no critical issues. Again, restoration would be a mistake here. Features include power windows, a power front seat, and a signal-seeking AM radio, although it's due for an upgrade is you want to pump in any Doo-Wop tunes. The driver has perhaps the best seat in the house, facing a spectacular instrument panel full of shiny stainless and crisply rendered instruments. The gigantic steering wheel almost feels too delicate for such a massive machine, and you can guide the big sedan with just your fingertips. There's also a massive trunk that's quite original, including the mats, a full-size bias-ply spare and jack assembly.

If you wanted horsepower in the '50s and early '60s, you shopped at the Cadillac store. With a 390 cubic inch V8 (swapped in from a 1963 Cadillac) making 325 horsepower and 430 lb-ft of torque from the factory, this big hardtop is surprisingly swift, built for effortless power and torque under any conditions. The engine hums with a muscular sound that you feel in your chest as much as hear with your ears, and the silky TH400 3-speed automatic transmission changes gears almost imperceptibly. The suspension is soft, no doubt about that, but isn't that the whole point? The engine bay is nicely tended but not fully restored, with a stock snorkled air cleaner and blue valve covers, along with a newer alternator (also finished in blue), distributor, and power brake set-up. Underneath, the chassis which shows very well thanks to what is likely the neat factory undercoating, as well as a frame that would be at home under a railroad car, plus a dual exhaust system with a nice rumble thanks to a pair of glasspack-style mufflers. There are new shocks at all four corners, and 2-inch lowering springs were added as well to stance this big-boy that much more aggressively. Big 8.20-15 wide whitewall bias-plys have been fitted to the original steel wheels adorned with bright hubcaps, so it handles great and looks fantastic.

1950s Cadillacs are iconic and few work better than this one in period colors. For a fan of original, big-bodied American cars, this is a fantastic find that's going to be a joy to own. Call today! 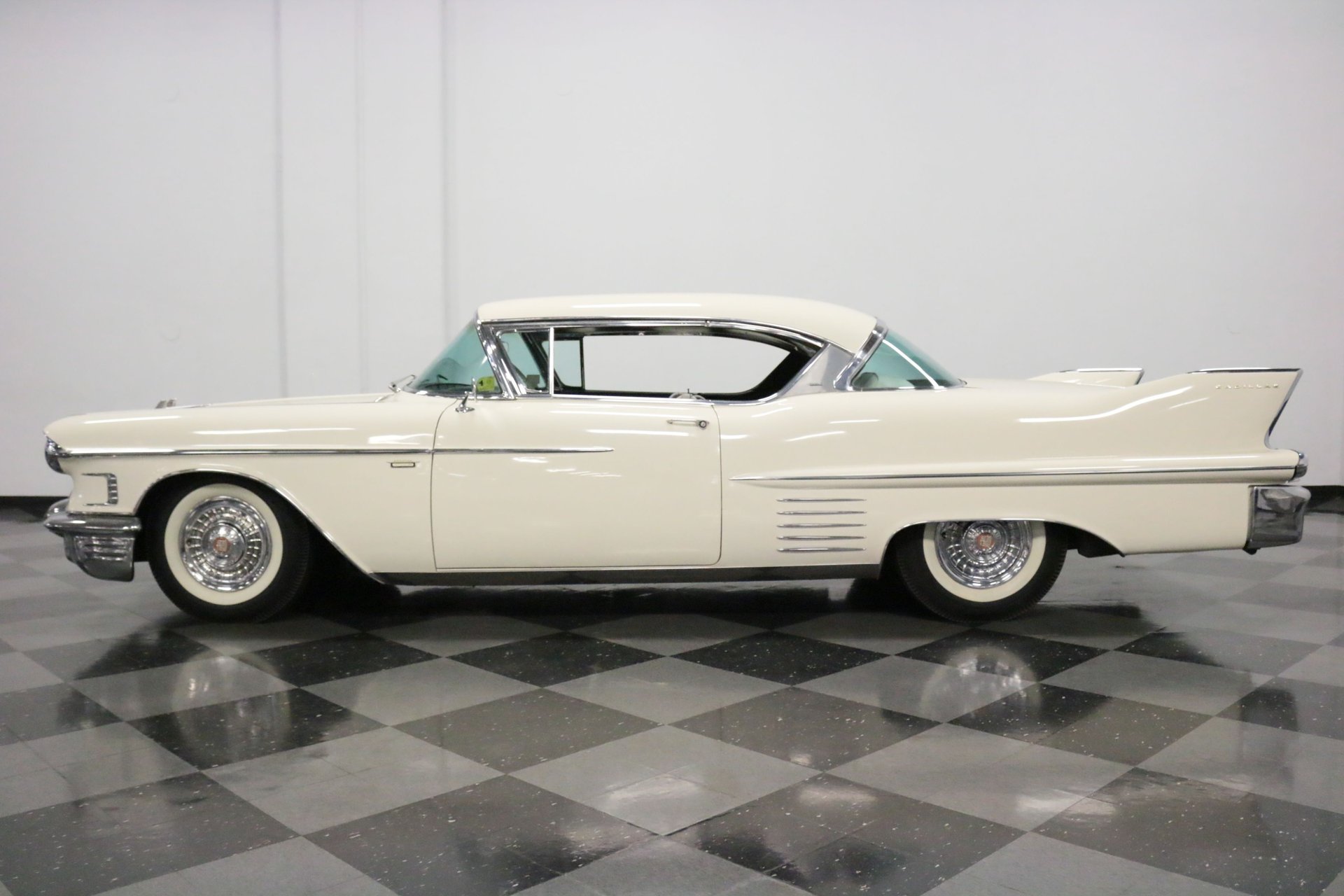