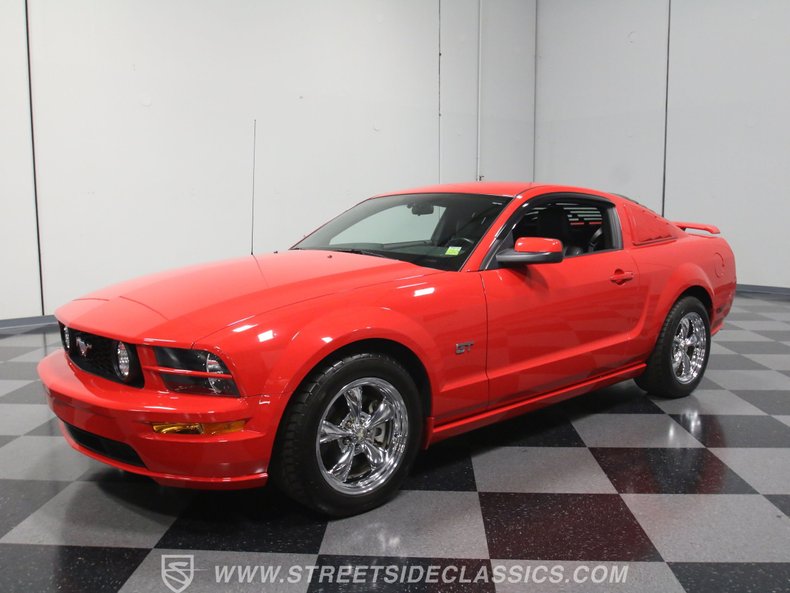 The retro-styled Mustang is unquestionably a slam-dunk success for Ford. This awesome 2008 Ford Mustang GT is one of those low-mileage ponies that is not only nicely preserved, but almost completely unmodified, for a factory-fresh feeling.

Finished in brilliant bright red, this GT is definitely high-visibility. The 2005 redesign offered a lot of cues linked to the past, including the wide grille, triple-element taillights, and the traditional fastback roofline. In an era where almost any 8-cylinder Mustang is modified the moment it leaves the showroom floor, it's refreshing to see one that has been lovingly preserved and not treated like Frankenstein's experiment. Given its low mileage (only 28,385 miles), it has probably rarely seen the rain and has been treated to the best care throughout its life. Paint quality is quite good, with only a few small chips on its nose, which is to be expected from a car that's so aggressively low. Ford's finish work is rather nice, so the paint still shines up beautifully and with a professional buff, it might look almost new again. We also like the window slats out back that give it a '60s performance look, as well as the GT's standard fog lamps and honeycomb insert between the taillights, all design cues that look to the Mustang's legendary past.

Inside, it's the same story, with almost new surfaces everywhere you look. The driver's black leather seat shows some very minor creases from someone sitting behind the wheel, but the side bolsters remain unblemished. Carpets, door panels, and the headliner are like new, and, of course, everything works like it should. The instruments have a very cool '60s font, clearly inspired by the '67 GT, along with that slick tri-spoke steering wheel wrapped in unmarked black leather. The list of options is rather extensive, including power windows and locks, cruise control, power seats, a tilt steering column, and a great-sounding AM/FM/CD stereo. The back seat looks like it's never been used and by 2008, the Mustang's trunk was actually usable, with good access and decent cargo capacity.

Ford's highly developed 4.6 liter V8 makes big power in the GT, delivering 300 ponies with a very healthy torque curve to which Americans have become accustomed. In first, it's hard to keep the tires hooked up, and the car lunges forward in any gear with a prod of the throttle, delivering that very distinctive Mustang bellow. Given how easy it is to modify these cars and the prevalence of aftermarket speed parts, it's remarkable to find one like this that still has all its factory equipment intact, save for an aftermarket air filter setup. The engine bay is clean, not over-detailed, but showing very few signs of use, indicative of a lightly used and expertly maintained car. All the factory decals are still in place, so if you're the kind of guy who likes preserving that kind of stuff for the future, this car is an excellent foundation. The 5-speed automatic transmission snaps through the gears easily, and with a tall overdrive cruises at ridiculous speeds. Four-wheel discs with ABS, traction control, and other electronic aids make it vastly safer than any previous Mustang, and those gorgeous chrome Torque-Thrust replica wheels look right at home, especially wrapped in 255/50/17 performance radials.

This clean Mustang comes with its original window sticker and manuals, too, making it the ideal preservation piece or foundation for something truly awesome. Call today! 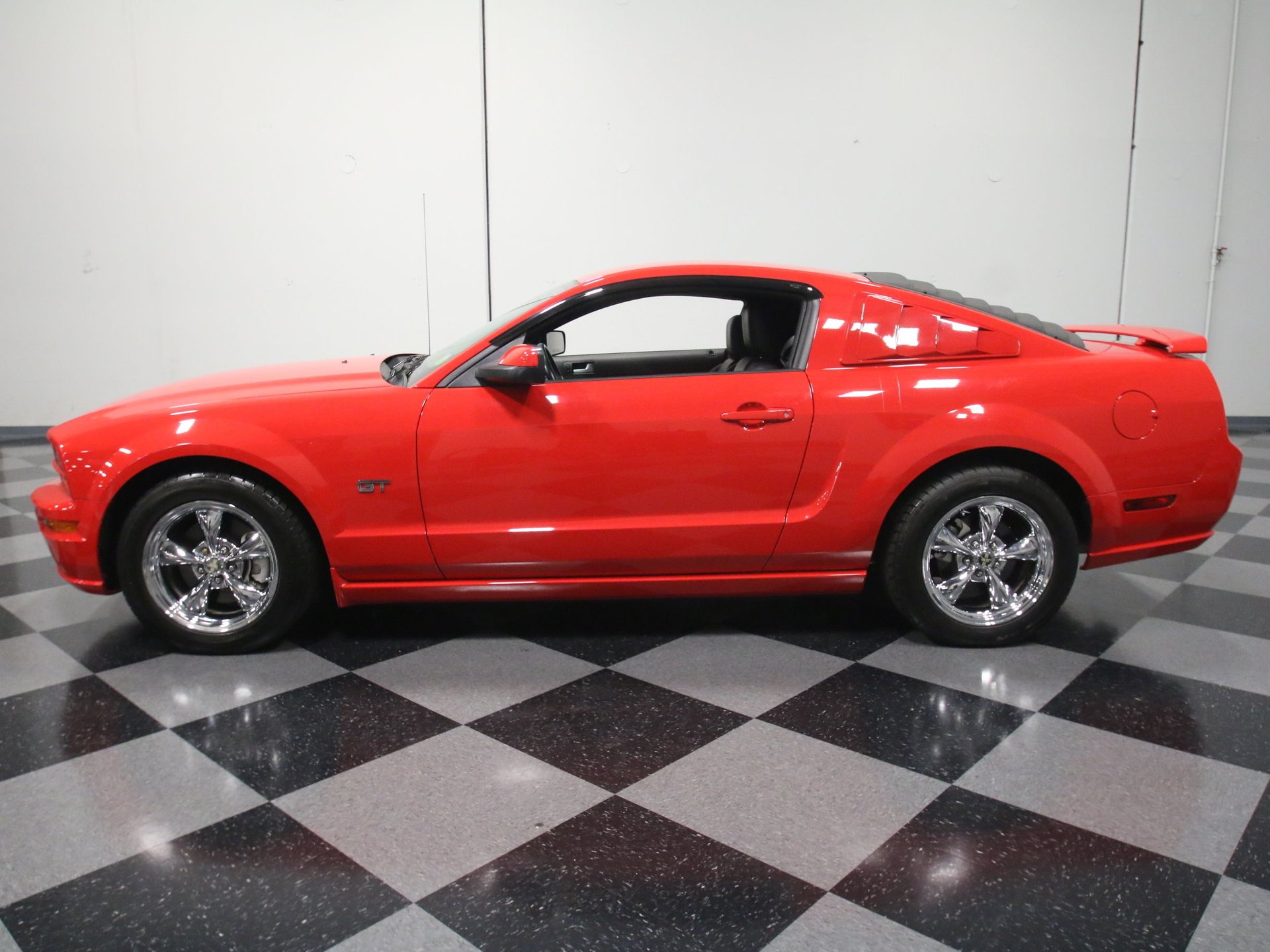