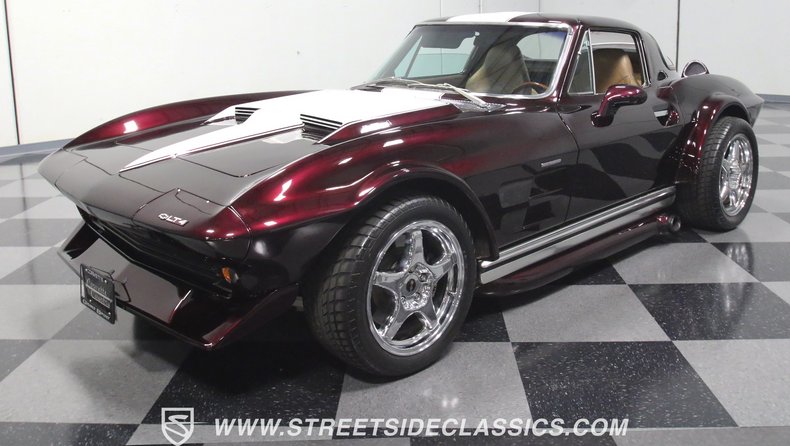 Take a good, close look at this 1966 Chevrolet Corvette, because while you think you've seen one like it before, we're going to politely disagree. Professionally built in 1996 by the experts at Corvette Country in Georgia, it's a state-of-the-art (1990s style) resto-mod that uses a trick 1996 C4 Grand Sport body swap, and did it before it was popular and easy.

The 1996 Corvette Grand Sport was the pinnacle of C4 Corvette performance. It's a great foundation from which to build a take-no-prisoners Corvette, so the guys at Corvette Country sourced one with very few miles and started the transformation by peeling off the body and interior. On top went a clean 1966 Corvette coupe shell, one of the most iconic looks of all time. Yes, it's been tweaked and modified, stating with a two-inch stretch to get it to look right on the C4 chassis. Then they added some fender flares to not only give it a vintage Grand Sport look, but to also clear the large-by-huge 17-inch rubber. A custom hood was created, there's a chin spoiler to replace the original bumpers, and out back, the deck was massaged to incorporate some functional air vents and even an opening deck lid for access to the fuel cell. It was all covered in beautiful purple paint with a white stripe, and if you want attention, well, this Corvette generates it by the bucketful. Look carefully at the photos, because there are far more details there than we can describe.

They didn't throw away the Grand Sport's interior; no, they kept it and stuffed it into the 1966 shell and the workmanship is extremely impressive. Factory bucket seats are as comfortable here as they were in the original C4, the center console houses the power seat controls as well as the 6-speed shifter, and the full instrument panel, including gauges, HVAC, stereo system, and other hardware, was bolted into place. Even the C4 door panels were resized to fit on the C2 doors. Turn the key and the digital speedometer lights up like it should and the A/C blows ice cold (it's OEM hardware, after all). Some wood appliques give the interior an upscale look along with the matching wood-rimmed wheel, and you'll probably be surprised to learn that it all works like it should. Very impressive!

The Grand Sport's LT4 engine really needs no introduction: 350 cubic inches, 330 horsepower, 340 pounds of torque, ready to rock. It's bulletproof, and thanks to factory fuel injection, runs beautifully. Crank the key and it starts instantly and idles well even when cold, just like a modern Corvette should. No modifications (do you need them?) mean that it's virtually bulletproof and the looks you'll get when you open the hood are worth the price of admission all by themselves. Look closely and you'll see that the traction control and ABS systems are likewise fully functional, and the C4's ZF 6-speed manual gearbox still shifts as sweetly as it did 20 years ago. The suspension, brakes, and even the catalytic converters (feeding side pipes!) are all OEM, making this car reliable and easy to service, not to mention predatory fast. Factory Grand sport A-Mold wheels were dipped in chrome then wrapped with oversized rubber: 275/40/17 front and giant 335/35/17 rear Bridgestone radials.

Beautifully built and expertly engineered, this car is a study in how they did it before kits and body swaps were common. An OEM experience with gorgeous good looks to match. Call today! 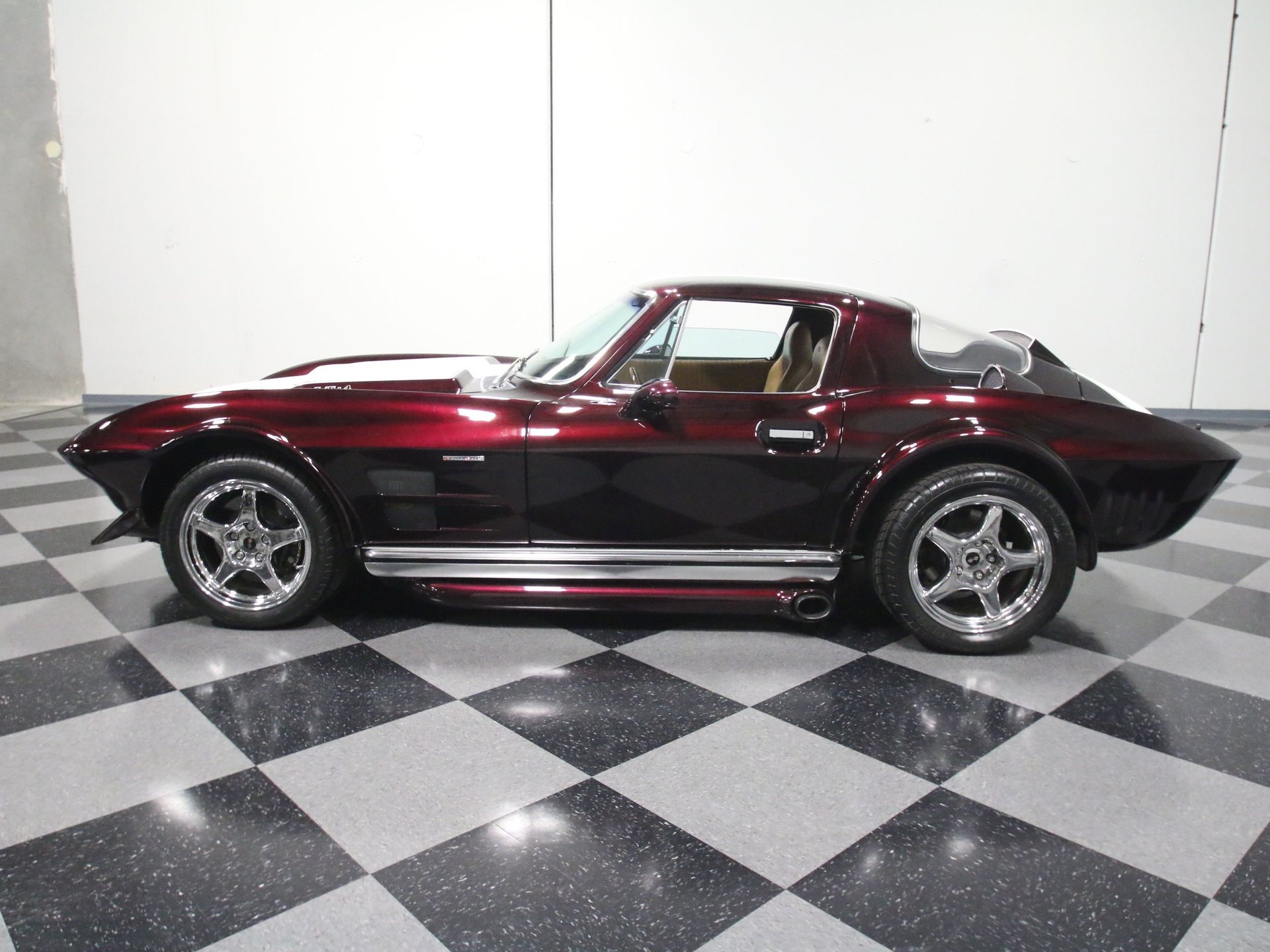