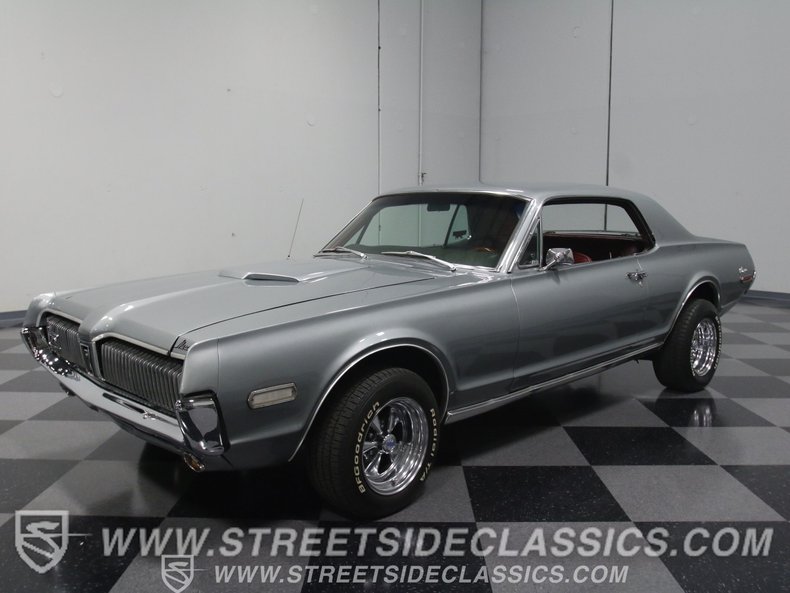 Most folks just think of the Cougar as Mercury's version of the Mustang, but the truth is that this big block powered 1968 Mercury Cougar is a lot more car than a mere Mustang. Sure, it carries a lot of the same performance hardware as the Mustang, but the Cougar also adds a big dose of luxury, making it the grownup's pony car and one that gets a lot more attention than your garden-variety Mustang.

Originally painted code B Black Cherry, this big cat now sports a slick charcoal silver finish that's probably close to something they might have used in '68, but more modern and in tune with the car's luxury/performance mission. Refinished several years ago, the paint remains in good condition, and all appearances suggest that this car was never rusty or a basket case. Instead, it is a nicely maintained car that has never needed major surgery, and the factory-style panel gaps and alignment bear this out. Sometimes dark, sometimes light, the paint depends on how the light is hitting it, but nobody can argue that it isn't handsome. The chrome may be original and the stainless rocker moldings and window surrounds are still bright and shiny. The Cougar offered unique lighting, with folding headlights up front and sequential turn signals out back, and they all work properly, giving this cat a very distinctive look.

Interior design in the Cougar was clearly inspired by aircraft, and it has a very cool '60s vibe that makes you think of Steve McQueen and Sean Connery movies when you're at the wheel. The red front buckets have been recovered, and the vinyl is a close match to the original, but perhaps a little brighter and the back seat is a perfect match. The dashboard features round gauges with delicate markings and needles, and they're augmented with a set of white-faced dials underneath. Even the shifter for the automatic transmission, sans console, looks like the throttle lever of a jet. Too cool. A modern AM/FM/CD stereo with remote has been fitted in the original location, and there was no cutting, so it looks like it belongs and can be returned to original without worries. The surprisingly roomy trunk features a correct mat and spare tire with cover.

Lift the Cougar's unique hood and you'll find a correct (and very rare!) X-code 390 cubic inch V8. The 390 makes effortless power and torque, building speed without being too high-strung, which is the right choice in the Cougar. Finished in bright Ford Blue, it is the centerpiece of a nicely maintained engine bay, although a few upgrades like a Holley double-pumper carburetor and an Edelbrock intake help add a few horsepower but stay neatly hidden out of sight. It starts easily and idles with an easy lope, perfect for the Cougar's upscale performance mission. The transmission is, of course, a stout C6 3-speed automatic driving a 9-inch rear that has been spins a set of 3.00 gears for relaxed highway cruising. The floors are original but it's clean throughout with no glaring issues or signs of trouble, just not shiny and perfect. The new exhaust system sounds healthy, but subdued, as it should, and there appear to be recent shocks all around. Traditional 14-inch Cragar mags wear staggered BFG radials that really fill the wheel wells and give it a bit of a rake.

This is a very handsome car that drives exceptionally well. The ride is smooth and tight, and performance with the robust V8 is impressive, and the overall impression is that this car has always been well maintained and appreciated. All the performance of the Mustang, but in a more mature, luxury-oriented package, all for less money than a comparable Ford sure sounds good, doesn't it? Call today! 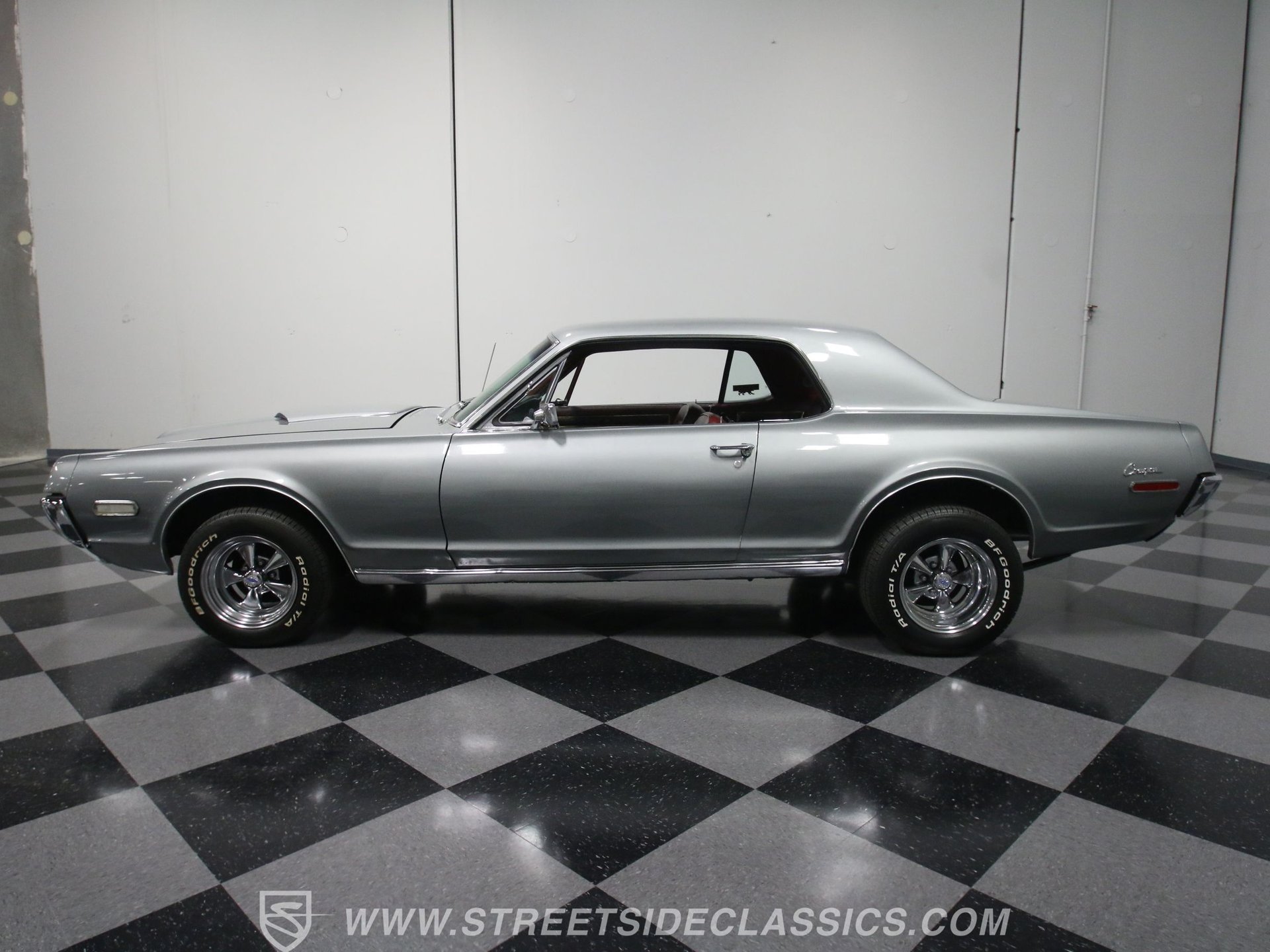