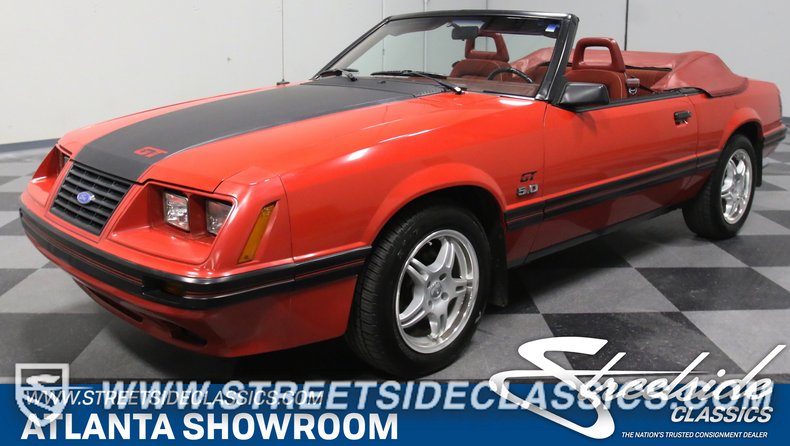 Packing strong-running carbureted 5.0 V8s, the Ford Mustang GLX convertible was easily the biggest bang for the buck in 1984 if you were looking for open-air fun. Clean styling makes it still one of the best-looking of the Fox Mustangs, and this one is a striking red-on-red car that hasn't been abused or raced.

Ford got the package exactly right in 1984, combining the hottest 5.0 yet with the new convertible body style, then making it so affordable that it was the biggest performance bargain in more than two decades. The biggest aftermarket performance revolution since the small-block Chevy made these cars targets for drag racers and customizers, and as a result, it's extremely rare to find a largely original example like this. The paint is original, and it's not easy to believe that it's coming up on 35 years old. The blackout treatment on the hood isn't clogged with old wax (although it's showing some minor fading), and the car fits together so tightly you'll know instantly that it hasn't been thrashed. Black rub strips around the perimeter of the body make it look long and lean and someone painted the rockers black to accentuate that impression. For a Mustang convertible of this vintage to be in such great shape is almost unheard-of.

The ultra-supportive buckets were some of the best you could buy in 1984, and featured grippy fabric inserts framed by red piping to give it a truly racy look. There's only modest wear, even on the side bolsters, and the original carpets don't tell you much about the car's age, either. The gauges are all fully functional except the temperature gauge and the stuff that's always broken on these cars (the console lid and ashtray) are still present and accounted for. The same goes for the original AM/FM/cassette stereo head unit, which remains in the center of the dash. Other options include A/C, cruise control, power windows, and power locks, making it a car that you could live with every day. The convertible Mustang returned in 1983, and in 1984, the top was power actuated and stows neatly under a clean red boot. The Mustang also offers a decent-sized trunk that's very nicely preserved.

The 5.0 HO evolved each year, and 1984 brought yet another horsepower increase. With 175 horsepower, it wouldn't be the most power Fox body Mustang, but there's nothing like the sound of all four barrels snapping open and barking through the throaty Flowmaster exhaust system. Once again, with modifications being so easy on a Mustang, it's amazing that this one has not been significantly upgraded. The engine has never been opened, the original air cleaner is still in place, and it's still exhaling through stock manifolds. A/C is a nice addition, since a lot of these were built for the track, and it's extremely clean throughout the engine bay. This one also packs the highly desirable 5-speed manual transmission feeding the original 8.8-inch rear. Heck, even the 2.73 gears are original! Aftermarket 16-inch VOXX wheels look like they belong on this car and carry 205/60/15 performance radials all around.

This is a very clean example of the last of the carbureted Mustangs. Don't miss this chance and call today! 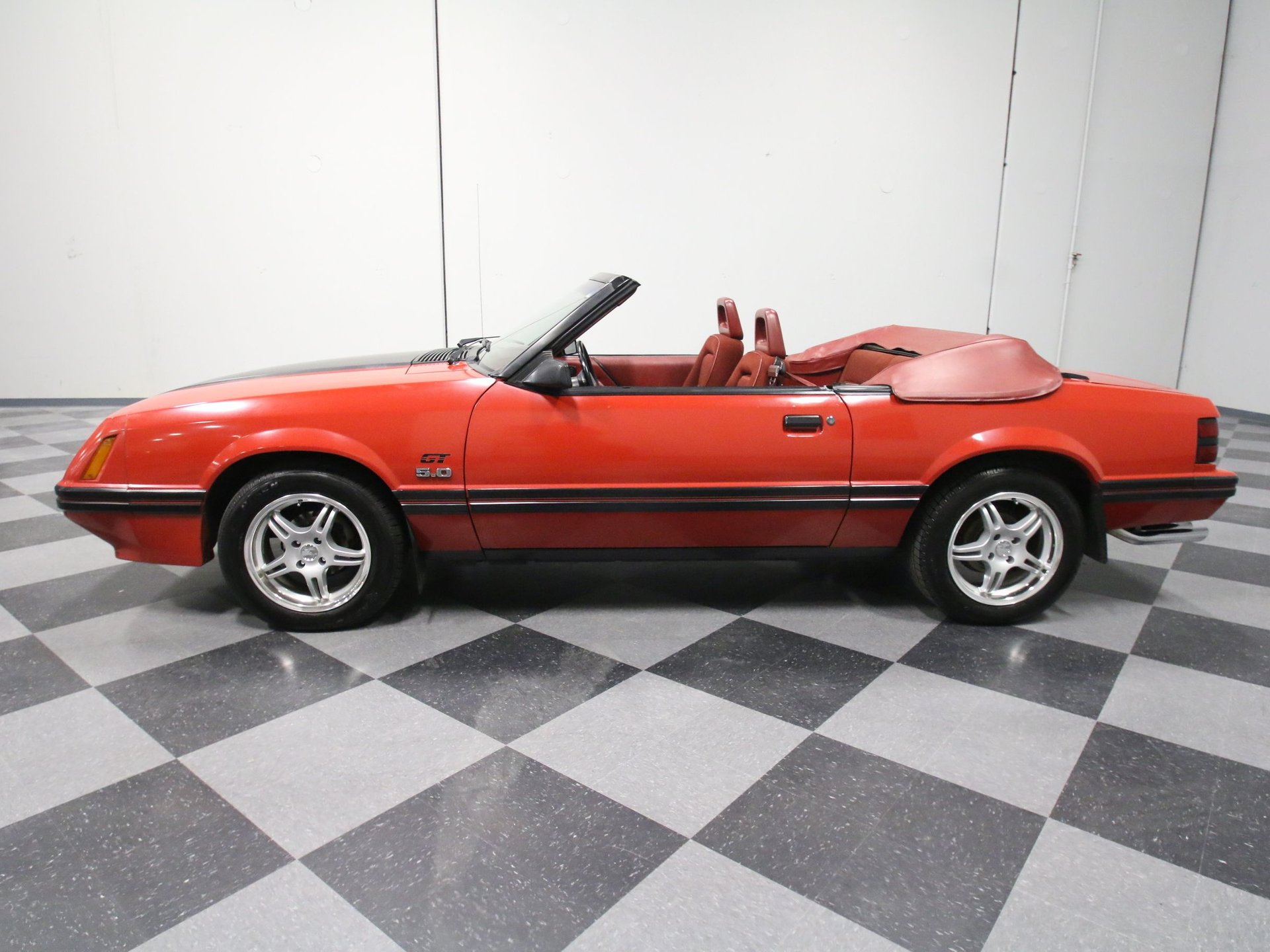