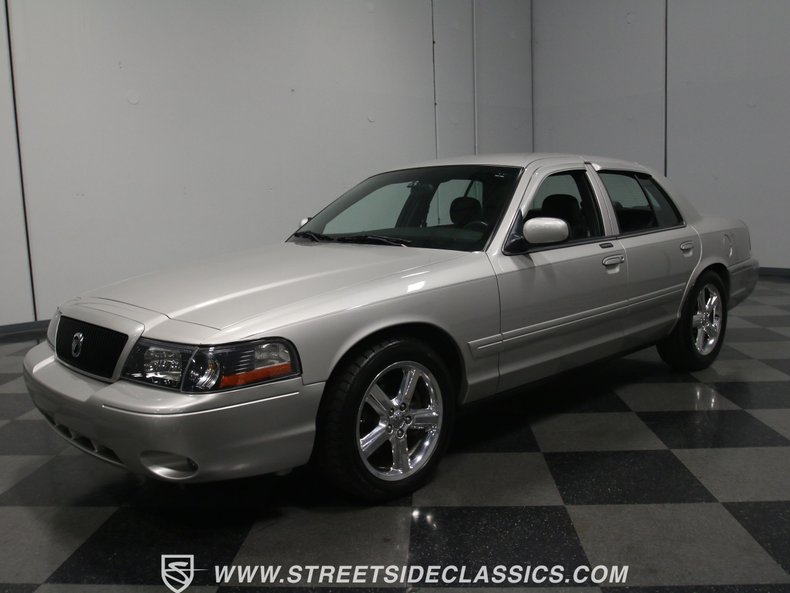 For all those Ford guys who wanted something like the Impala SS, this first-year 2003 Mercury Marauder is the answer. A big, rear-wheel-drive sedan with Ford's most potent V8, reasonable handling, and big brakes, the Marauder was a cool experiment that will surely find big appreciation in the future.

Contrary to popular belief, not all Marauders were black, and this silver Marauder has a performance look that doesn't need to scream to be noticed. Based on the infamous Grand Marquis, Ford designers kept the big sedan's gently rounded profile, which was surely popular because of its resemblance to police cruisers, not despite it. A few special tweaks like the front and rear bumpers, a blacked-out grille, special headlights, and a bare minimum of chrome trim give the Marauder a unique look that's instantly identifiable as something beyond your average heavy-duty FoMoCo cruiser. Dutifully kept as a garage queen, this particular Marauder looks almost new and it's hard to believe it's been almost fifteen years since it was built, because the paint is glossy and slick and shows virtually zero signs of use aside from a few small chips on the lower valence, which is to be expected. The headlights are clear, the bumpers are not cracked, and the few bits of chrome on the car look like they've been fastidiously polished from day one. If you want one of these cars, and they're not too easy to find, there can't be many nicer than this.

Full-sized luxury was standard equipment, but the Marauder did get bucket seats and a console to keep with its sporting character. The charcoal gray leather remains in excellent condition and there's really nothing like the stretch-out room you get in one of these cars. The carpets, door panels, headliner, and dash are all in like new condition, as you'd expect. Marauders came only one way: loaded, so you get everything from power windows, locks, and seats (heated up front!), to a powerful climate control system, to cruise control, and even a set of power-adjustable pedals, which are extremely trick. White-faced gauges attempt to give the big Merc a sporting edge and small auxiliary gauges down on the bottom of the center console have an aftermarket performance look that was surely intentional. Custom embroidered floor mats are also like new, and if you're looking for the ultimate road-trip warrior, look no further than this car with its massive back seat area. There's also an equally giant trunk that looks completely untouched from new, including the ultra-rare cargo organizer under the floor.

The Marauder used the Mustang Cobra's 32-valve DOHC 4.6 liter V8 engine linked to a 4-speed automatic overdrive transmission. The combination was potent, particularly at highway speeds where it's virtually impossible to pass this car on the roll, I don't care what you're driving. Special calibrations help with low-end torque for the heavier Merc, but it still purrs with that precise mechanical sound that's so delightful in the Cobra and the exhaust note sounds like ripping silk. Everything is completely stock, right down to the hose clamps, so no worries about racing or abuse, and it runs like a new car. Underneath, the suspension was firmed up for Marauder duty, a disc brake was installed at each corner, and there's a true dual exhaust system with polished tips just for extra cool points. With polished 18-inch wheels and giant 235/50/18 performance radials, it rides and handles like a brand new car.

With only 27,874 original miles and just two owners, this is one of the lowest-mileage Marauders we've seen in years. Only 417 silver Marauders were built, and fewer still had heated seats. This is very rare Merc so call now! 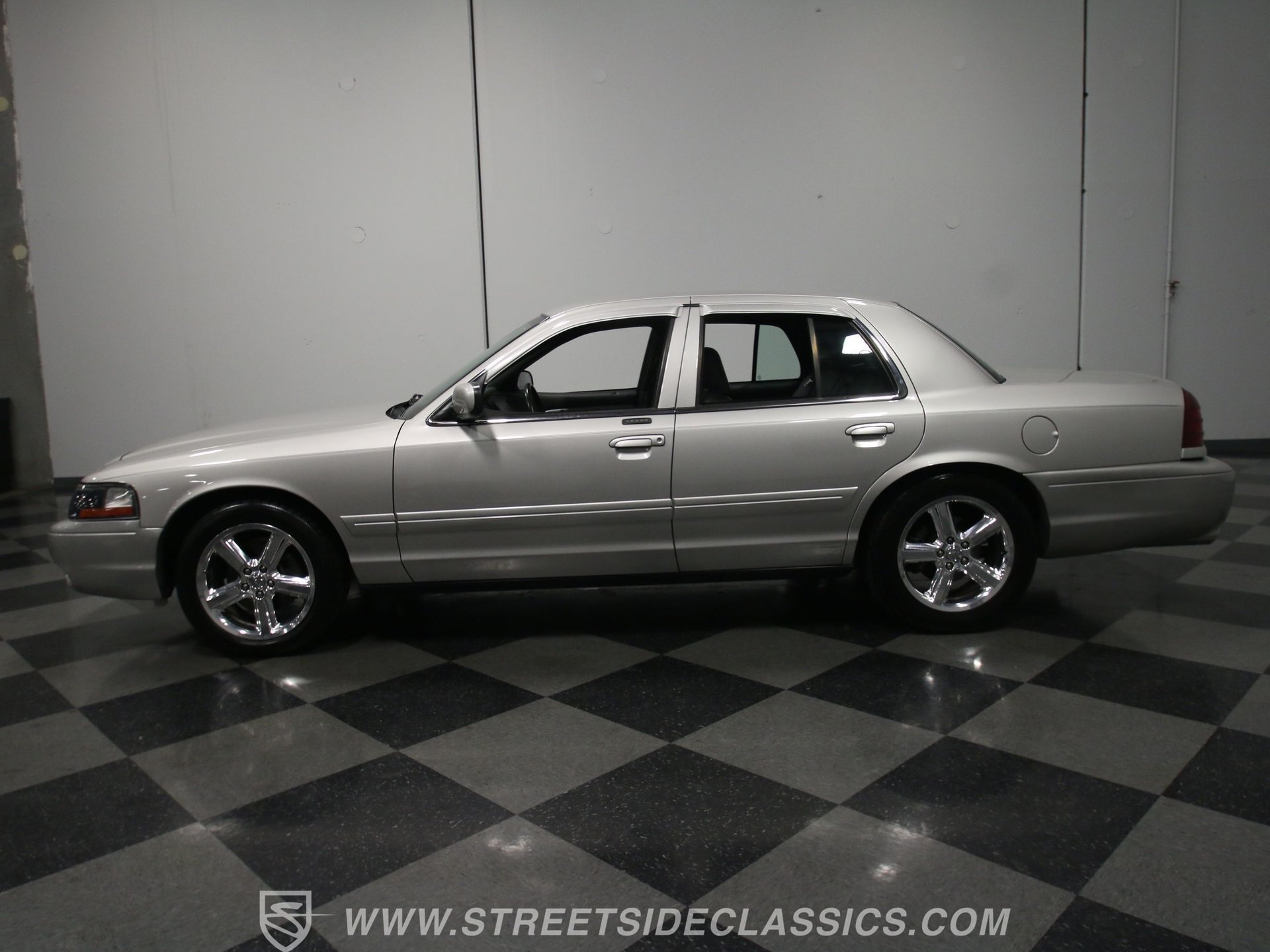