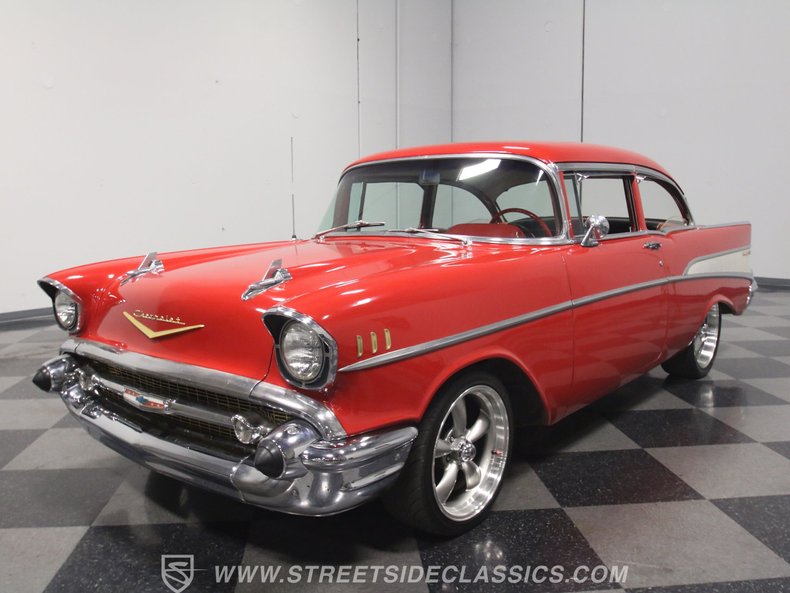 It's no secret that we love 1957 Chevys here at Streetside Classics, but the way they sell also proves that you love them too! With timeless looks and the ability to become just about anything you can imagine, there are few better choices for your next car than this lovely 1957 Bel Air 2-door post coupe.

The color is called really the only one that always looks great on a '57 Chevy: Matador Red. Thanks to a comprehensive restoration several years ago, it was given a full body makeover that included smoothing every parking lot ding it ever acquired, straightening every panel, and making sure that the two-stage urethane paint had a mile-deep shine. A close examination will reveal the usual signs of use and age, but that only proves that the car is working as intended and from five feet away it still looks fantastic. The high-visibility finish suits the '57 just fine, because you don't buy a 1957 Chevy of any kind if you want to keep a low profile. And you already know that chrome isn't cheap and the '57 is literally covered in the stuff, so you're in luck here because it's all in good shape. The side trim could be polished to a chrome-like shine and the emblems could be upgraded, but there aren't many complaints here!

The interior is as subtle as the exterior is flashy. With factory-looking cloth and vinyl upholstery on the original bench seats, they didn't stray too far from the original recipe, giving it that familiar funky look that '57s have. Black carpets prevent red overload, but it does have red floor mats to add a little brightness. Factory gauges are joined by a trio of aftermarket dials underneath, so the original loo prevails but you get a lot more information about the engine's condition. And yes, that's a Hurst 4-speed poking out of the floor. A modern AM/FM/cassette stereo head unit slots neatly into the dash for a little entertainment while you're cruising, but the dash keeps its flashy 1950s look. The trunk is tidy, too, with a correct rubber and a custom cover for the spare tire.

Small block Chevy power is a given in a '57 like this, and it's obvious that with 327 cubic inches on tap, not only was it built to drive, but that someone intended for this one to run as great as it looks. The usual stuff like a 4-barrel carb and polished Edelbrock intake manifold helps it build power and like all small block Chevys, it loves to rev and feels like it could pull forever. Other upgrades include front disc brakes with a new dual reservoir master cylinder and power brake booster, an alternator, and an Optima battery. The engine bay is tidy and the chassis shows off what you get when you start with a car from down south: a little surface scale but no critical rust issues. A new Flowmaster exhaust system sounds great and there's a fresh gas tank hanging out back to improve reliability. Cool REV aluminum wheels look like vintage Torque Thrusts and wear modern 225/40/18 front and 245/40/20 rear performance radials.

You can probably count on this car landing a new home pretty quickly, given how well finished it is, and there's definitely no shortage of '57 Chevy fans. Call today! 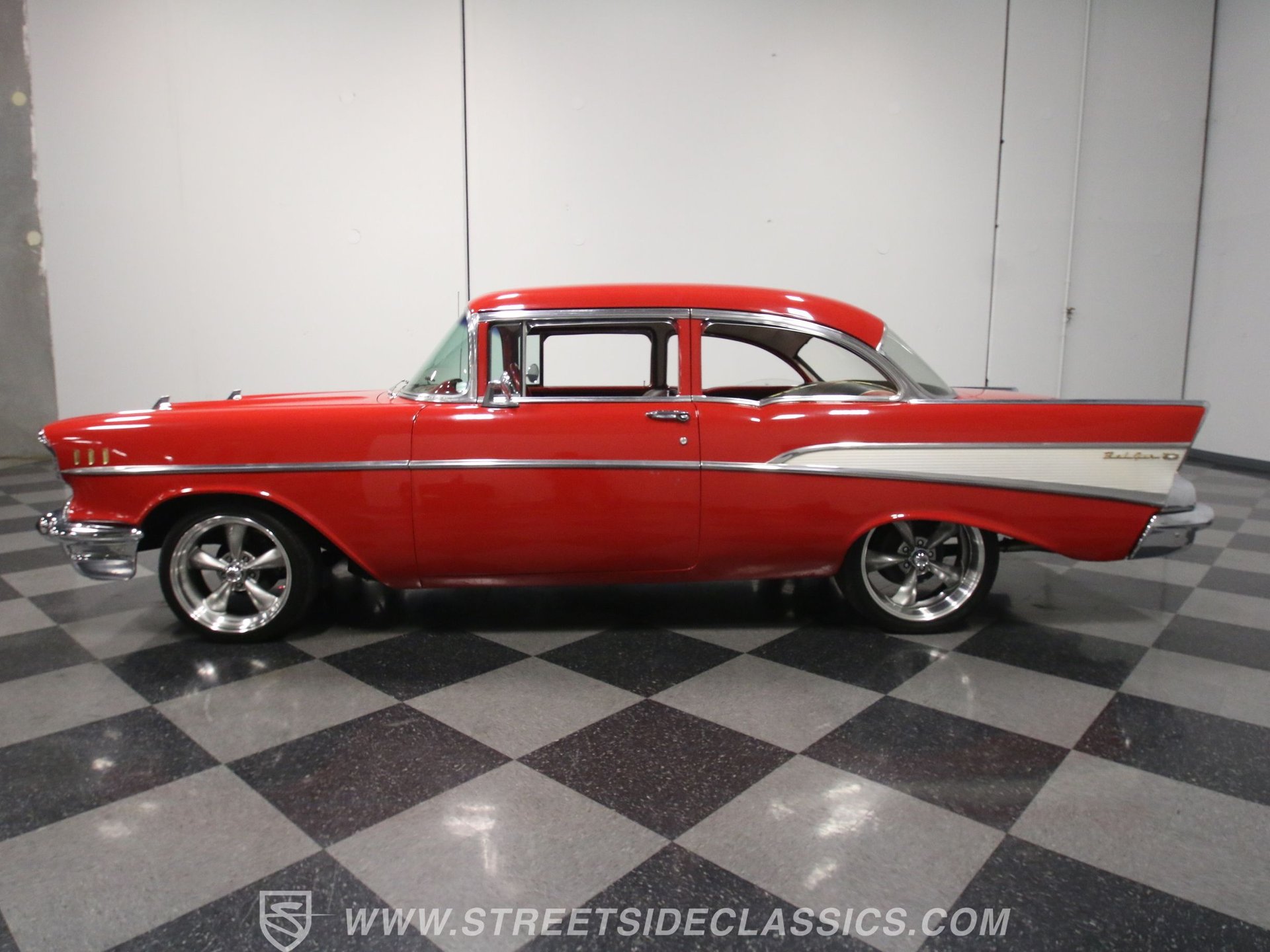