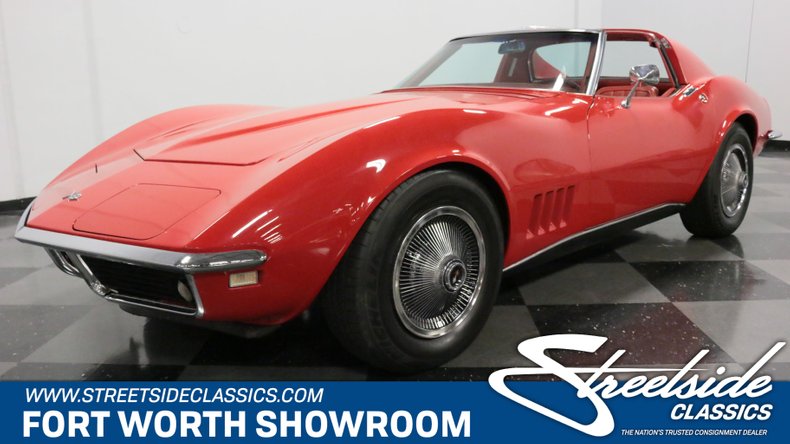 You don't come across vintage Corvettes in operating condition very often, but this 1968 Chevrolet Corvette Stingray is a truly rare find. With under 48,000 ACTUAL miles under its belt, it's one highly sought-after piece of automotive culture featuring matching numbers and restored to an outstanding condition that reflects nothing but the best of care.

That factory-correct Rally Red exterior is the same shade this Stingray began life with and it has been brought into the present in top quality form - just the first and most obvious of clues as to how exacting the restoration undertaken on this classic has been. A true American sports car, the Corvette occupied a very distinct space from the more commonly seen muscle cars of their era, so it's fitting that this one retains its stock configuration throughout - a model as special as this certainly needed no help in the form of customization. Its T-Top configuration, with its fold-out rear window, makes it even more special. Light as they are, the T-Tops themselves are easy to take on and off and the option allows for the open-air enjoyment of a convertible, but with a lot less wind noise. All too often, the point at which a classic's restoration is completed marks its zenith, as waning enthusiasm can lead to a diminishing standard of attention down the line. Not with this one. Obviously the recipient of great care, it has unblemished, shiny chrome bumpers, straight trim and good rubber around the doors to go along with that beautiful paint!

Where vintage interiors are concerned, you'll find this one awfully hard to beat. Red throughout and factory-correct like its exterior, it has also been brought back to its optimum condition. The leather bucket seats are surrounded by examples of timeless design everywhere and as you grip the leather-wrapped Chevy steering wheel, you'll see a one of a kind instrument cluster - almost avionic in design, with surprisingly clear lenses. You'll see that the factory-installed A/C system is still up and running, blowing out from the registers on each side of that futuristic dash. Look down and you'll see matching red carpeting and floor mats that reflect the same impeccable condition. Additional driver comfort features include a Retro radio with AM/FM/Aux/BT and power windows, both of which also work without a hitch.

The performance concept of this Corvette was represented by a fairly simple equation. Take a Chevy 327 V8, with its 300 factory horses and lower it into the compartment of a car weighing only 3200 lbs, and the result is a vintage car that's an absolute blast to drive. But this 'Vette is about more than straight ahead exhilaration. Chevy obviously put a lot of emphasis on just how cutting edge its sports cars were. The power steering you'd rightfully expect is also accompanied by a fully independent suspension and four-wheel power disc brakes at all four corners - both features not at all commonplace at the time. This 327 sits in an engine compartment that has benefited from the same attention shown elsewhere on the car, its still-stock appearance looking dry and unmarred by leaks. Connected to a 3-speed Turbo Hydramatic transmission, the engine's stock headers lead down to a dual exhaust running the length of an undercarriage that shows that same bone-dry look before culminating in the twin pipes at the rear. The car sits on a set of 15" Sting Ray spoke rims, wrapped with all-black Michelin radials.

Looking for a truly unique example of vintage American automotive engineering, one that comes complete with build receipts, restoration photos and even the original Owner's Manual? This Sting Ray is for you. Call today! 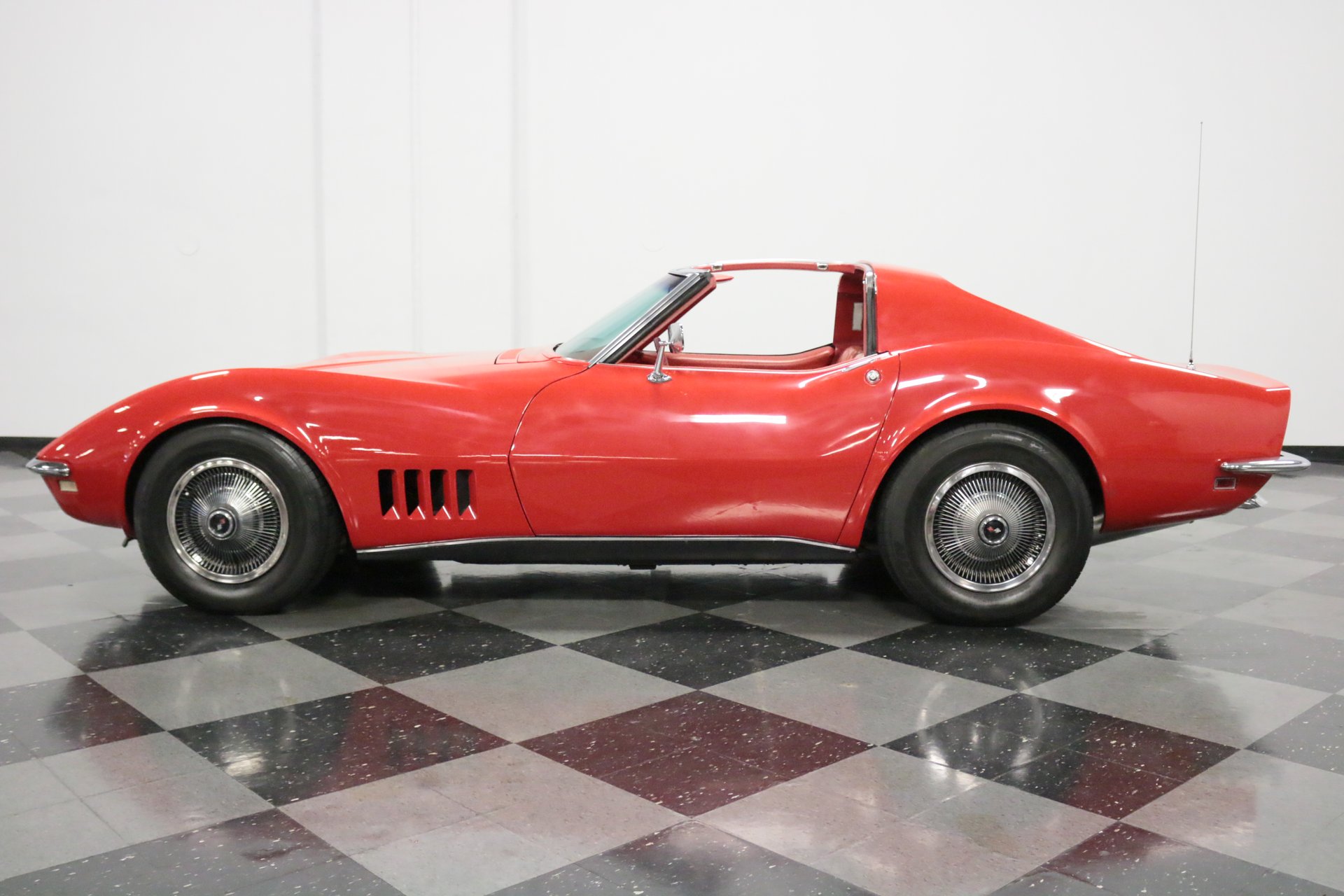