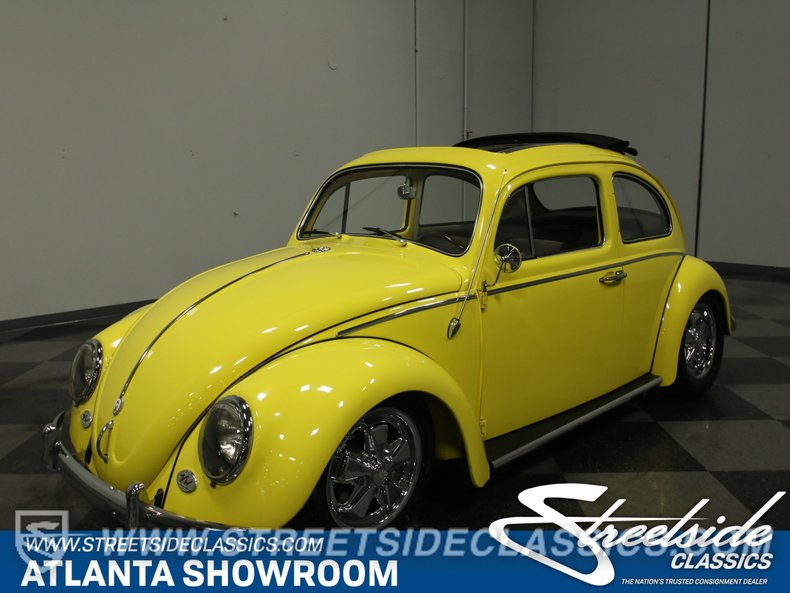 Who says you can't build a resto-mod Beetle? This 1960 Volkswagen Beetle has a slick California look and with a few small tweaks, became the kind of car that is featured in magazines like "Hot VW." Very nicely finished, this Beetle is an affordable way to own a car that gets more than its fair share of second glances.

Bright yellow paint isn't exactly subtle, but on the playful Beetle shape it works rather well. There's no avoiding the eyeball-searing look, and when you get it out in the sun and it glows from within in a way that lets everyone know this isn't a garden-variety Beetle. Fit and finish are very good, particularly for a car at this price point, and while nothing was radically altered during the restoration, the look of the early cars have a slightly customized look relative to the later Beetles most of us are used to seeing. The headlights look larger and lower in the fenders, the parking lights were shaved, taillights are smaller, and the simple single-bar bumpers are almost too cool to be stock. Of course, a few upgrades like the small VW emblems in place of the grilles up front, the roll-back sunroof, and peep-style side mirrors give it the kind of look that landed it in a magazine spread, and the overall level of finish would be just as impressive on a car costing three times as much.

This playful Bug looks awesome inside, too, with subdued two-tone gray and black upholstery and all of its simple charm intact. Dig the low-back seats, the handsome door panels that were tailored to match, and handsome dark gray carpets that add a sophisticated look. The instrument panel was painted to match the body and it actually works quite well inside with the gray and black trim. Original instrumentation includes a round speedo and the original oversized wheel was replaced with a wood-rimmed unit that looks great and matches the wooden T-handle shifter. There's also a modern AM/FM/CD stereo in a custom housing under the dash, but aside from those minor changes, it isn't terribly radical inside. The front luggage compartment is trimmed to match and remains simple and usable.

The 1641 cc air-cooled single-port flat-four remains one of the most reliable machines ever devised by man. Its distinctive sound and peppy attitude make it a favorite, and in this lightweight early Bug, performance is energetic. You know the show-quality looks continue to the engine bay, where a lot of OEM-looking pieces, chrome, and fresh componentry makes for an engine bay you'll be proud to show off. There's nothing terribly radical going on, but VW experts will see a few common and sensible mods to enhance the experience. It was rebuilt about 1700 miles ago, so it's sorted and broken-in, and the 4-speed manual gearbox was rebuilt at the same time. The floor pan is from a 1967 Beetle and it's pretty clean underneath, not quite as detailed as the rest of the car, but that also means you won't be afraid to drive it. The rear end has been narrowed with custom axles and it's been lowered all around to give it that California stance. Chrome Fuchs-style wheels are a great addition and wear staggered 145R15 front and 205/65/15 rear blackwall radials.

Bugs are still a lot of fun for not a lot of cash, and there's just no possible way you could duplicate this car for the asking price. Call today! 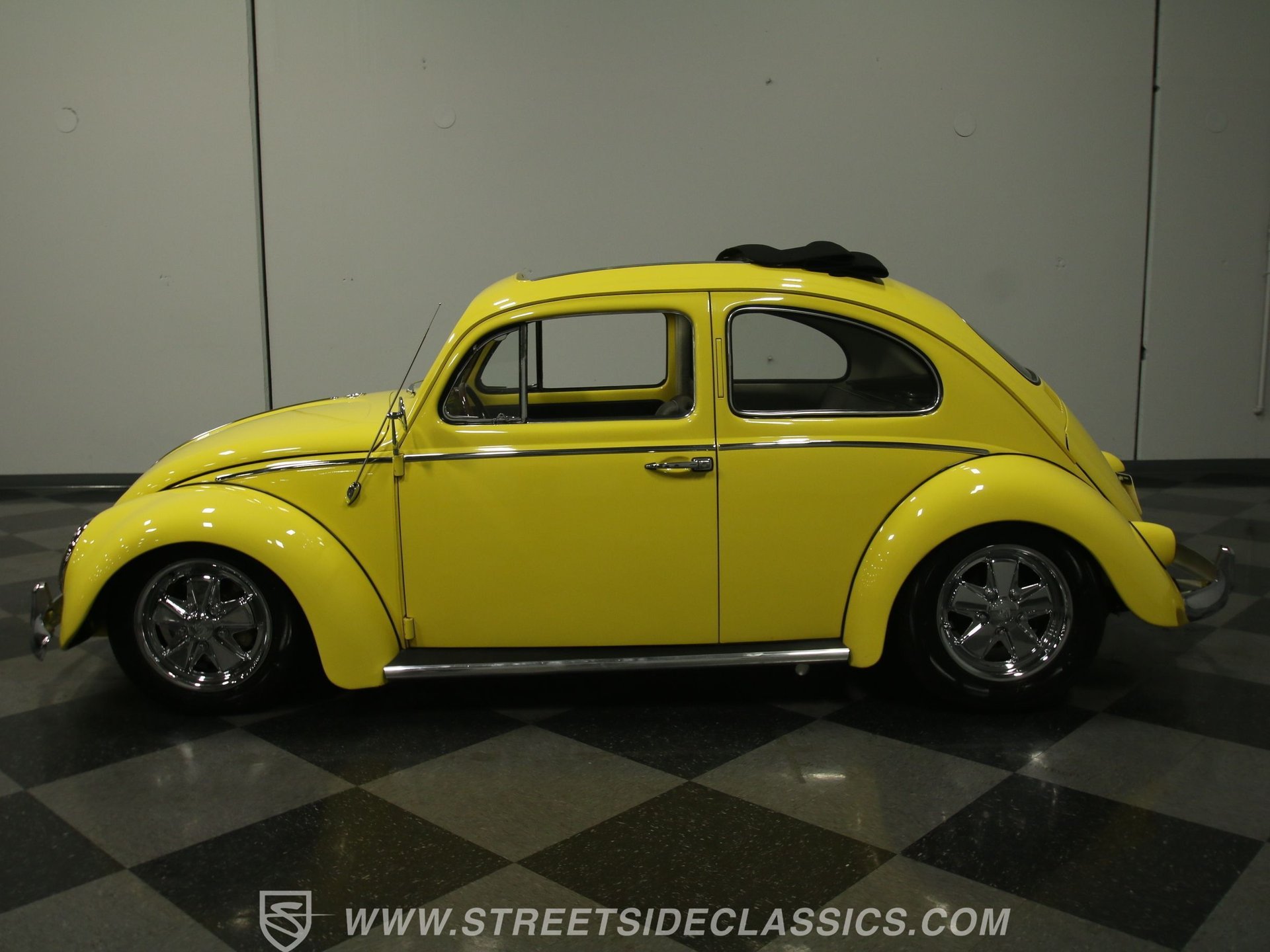