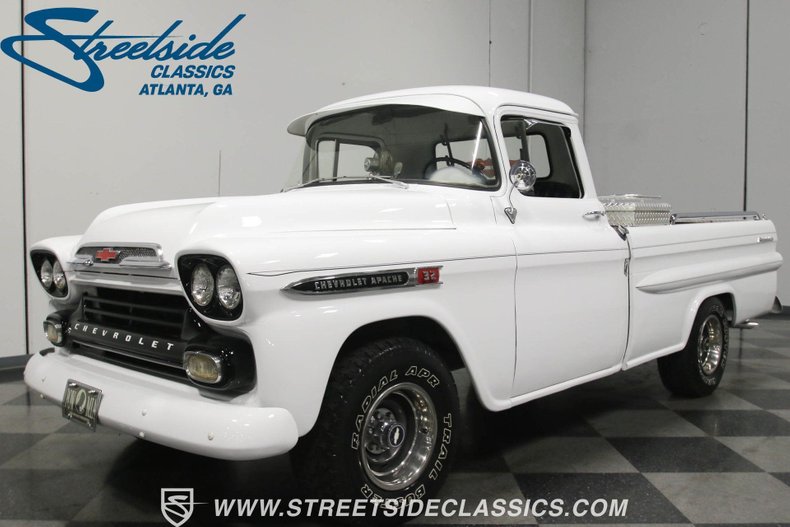 There are a lot of ways to build a cool ride without spending cubic dollars, and this 1-family owned, lifetime Southern 1959 Chevy Apache pickup could be used as a how-to guide for doing it right. Sure, it still packs its original six-cylinder engine, but that's all part of the charm, and the upgrades it does have are smart so it really needs no apologies.

The bright white paint on this truck is called Pure White, and you have to admit that it looks fantastic in a subtle, industrial-strength kind of way. The monochromatic look doesn't overpower the basic goodness of the design, which is arguably the first "styled" truck, and one of the best-looking of the 1950s. Fit and finish are exactly right for a vehicle designed "for economical transportation" as the door tag suggests, and the respray (the only one it ever had) gives it a pleasing shine that will attract admirers everywhere it goes. All evidence suggests that this was never a rusty truck and critical areas like the cab corners, fender edges, and the bed sides are solid. We like the single pinstripe detail running down its flanks, just a little flair to add to the truck's appeal but it doesn't go too far. The bed has been dressed with a set of bed rails, a hand diamond-plate tool box, and a spray-in bedliner, so you don't have to think twice about actually using it as a truck. There's not much chrome left on this truck, with the bumpers painted body color and the blacked-out grille, yet it retains original-style block lettering on the tailgate and Apache emblems on the fenders that are a nod to tradition.

Trucks were still quite basic back in 1959, but a few upgrades are certainly welcome. The original bench wears a newer seat cover that reproduces the original pretty closely, so it looks right. That is the original steering wheel wearing a "necker knob" and placed within easy reach of the 3-speed column-mounted shifter. Rubber floor mats and plain steel door panels were standard fare for a pickup, but somehow it doesn't feel basic. The instrument panel is stock and the gauges were clearly inspired by the passenger car line. Turn signals, a radio, and even the heater were still optional in 1959, although this one does have a later AM/FM/cassette head unit in the center of the dash and a heater tucked underneath. Nevertheless, nothing spoils the honest goodness of this truck; sometimes basic is good.

In a world full of Chevy trucks with "me too" small block V8s, it's refreshing to see an original 235 cubic inch inline-six still under the hood of this Apache. Certainly willing and able to work hard, it has a great trucky sound and smooth torque that only six cylinders in a line can deliver. It's wearing the proper corporate gray engine enamel, an oil bath air cleaner, and single-barrel carburetor, and it runs so well that you know it's been properly maintained. The stock 3-speed manual transmission lives behind it and spins the original rear end, so this truck will still haul a load without breaking a sweat, and cruises happily at modern highway speeds. Who says you need a crate motor to enjoy your old iron? It's quite original underneath, but since it has lived in the south all its life, there's nothing more than some surface scale on the heavy iron parts. Suspension, brakes, and exhaust are all very much as they would have been in 1959 and it's fitted with later Rally wheels and white-letter radials for a sporty look.

This is just a rare old truck with a lot of character that comes from both its age and style. One family owned, well-maintained with believed to be low actual mileage, they don't come more solid than this. Call today! 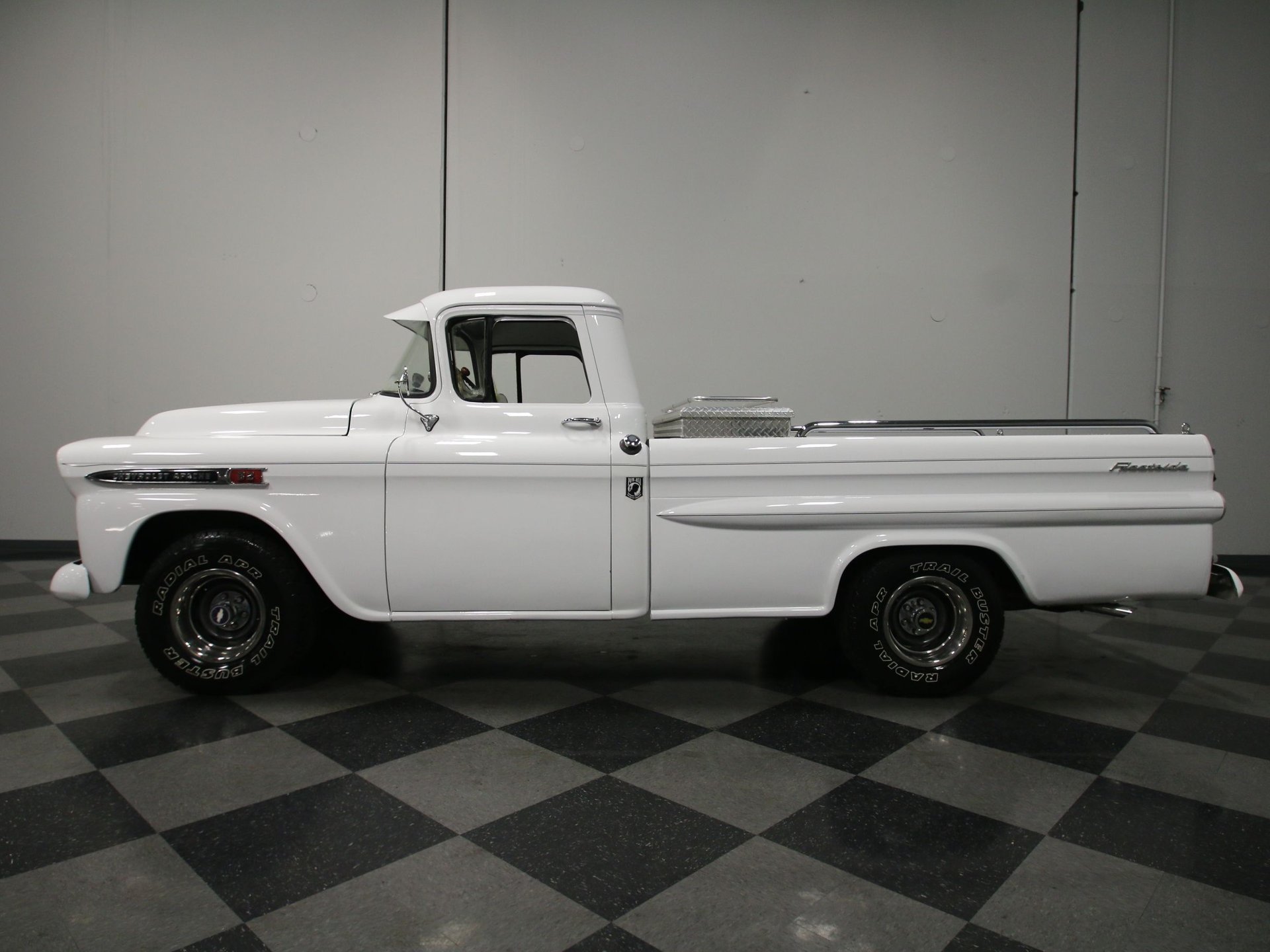