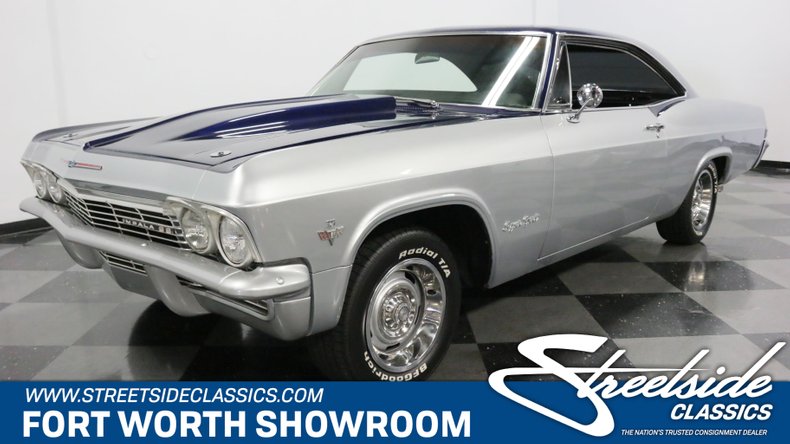 Chevy's Impala practically defines full-sized muscle, and this 1965 Chevrolet Impala SS delivers a sleek resto-mod look that's still big on performance. The two-tone color scheme emphasizes the Imp's awesome shape, and the strong-running LT1 engine provides the performance to back it up.

It's obvious now that you've seen it, but the Impala's 1965 redesign is perfect for the two-tone combination. The sleek roofline is a big part of it, and while the car undeniably got bigger, it also got sleeker. The cowl induction hood adds to the overall look of smooth speed and the way the color break follows the fender line accents the often overlooked curve just behind the doors. The work was done a while ago and it's holding up well and while there is some swirling in some of the blue top side surfaces, it still has no problem attracting attention at cruise nights. They did the job right, with crisp masking between the two colors as well as lots of time spent blocking all that sheetmetal so the reflections are sharp and the doors fit well. This is a real SS, so it wears the proper badging, which was rather subtle in 1965, and includes emblems on the grille and deck lid, as well as Super Sport script on the fenders. There are also '327' emblems on the front fenders, but they're not quite telling the whole store, a detail we'll get to in just a moment.

The interior doesn't go too far from the original recipe, and that's just fine with us, since the SS included bucket seats and a console. Updates include a smaller diameter steering wheel and some auxiliary gauges under the dash, but given the "only the basics" layout of the stock instruments, they're quite welcome here. The upholstery looks almost new and despite a color change from code 831 Blue, you'll never be able to find any trace of the original color. That means things like the carpets, headliner, door panels, and a bunch of other little parts were all carefully removed and replaced, making it feel quite fresh inside. The console-mounted clock is always a cool feature on these big cars and the dash is tastefully finished in silver to complement the exterior bodywork. The back seat is big enough for real adults and the trunk, of course, is huge and finished with correct-looking spatter paint.

Your eyes aren't deceiving you, that's a C4 Corvette LT1 350 cubic inch V8 under the hood. The fuel injection system is gone, replaced by a Bowtie intake and a 4-barrel carburetor, but with aluminum heads and the trick reverse-flow cooling system, it's all about making reliable horsepower. It actually looks quite familiar in there with that 300 horsepower small block, and they retained the LT1's serpentine belt drive system for reliability. There's a big radiator up front with a pair of electric fans and a 700R4 4-speed automatic transmission behind it for easy highway cruising. A 12-bolt rear end with 3.23 gears inside means this is an incredible highway cruiser and the Flowmaster dual exhaust system just purrs along at highway speeds. Corvette-style Rally wheels are the right choice and carry 235/60/15 front and 255/60/15 rear BFGoodrich T/A radials.

A full-sized cruiser with a few modern touches to make it smooth and fun to drive, this Impala SS will change the way you think about full-sized performance. Call today! 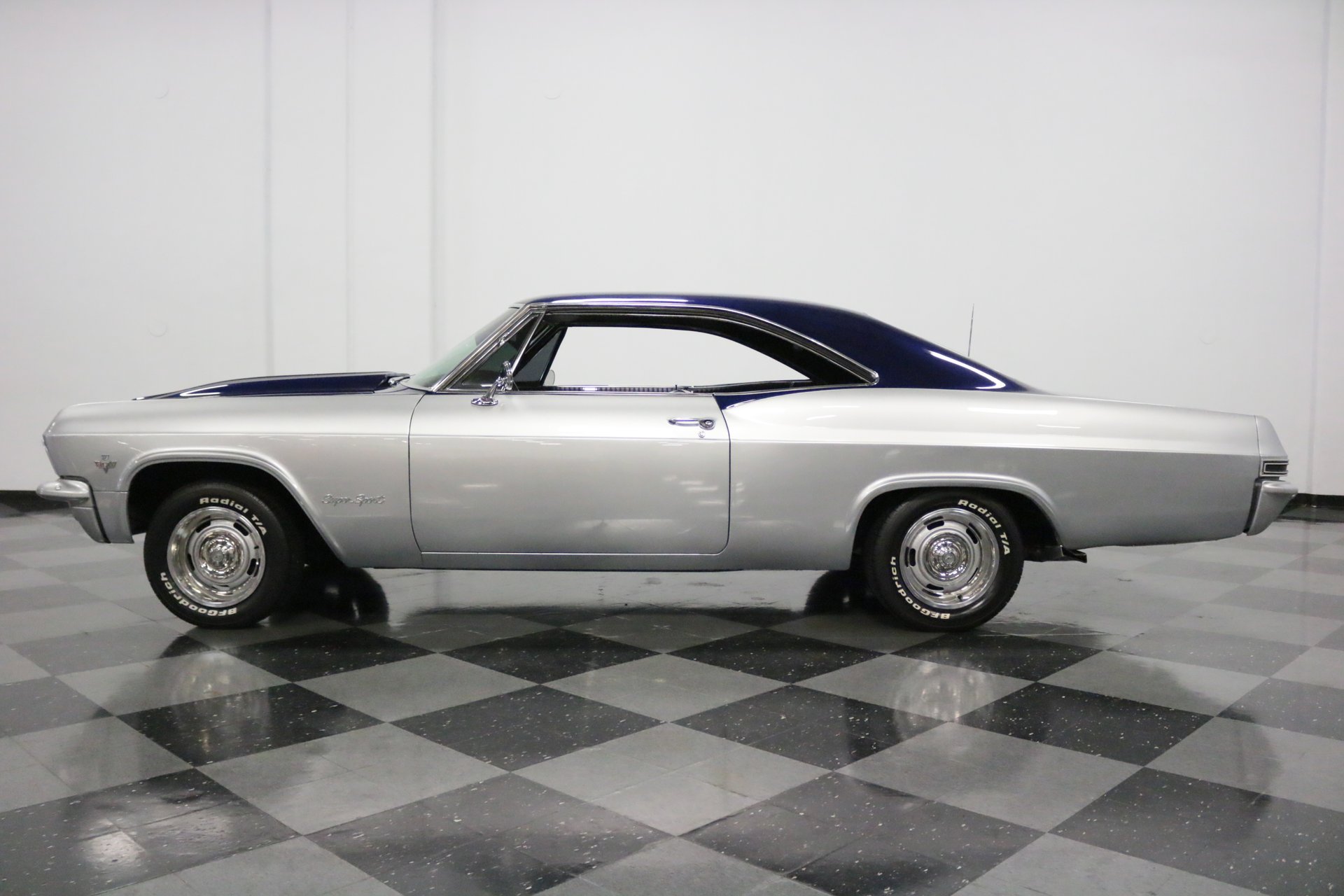