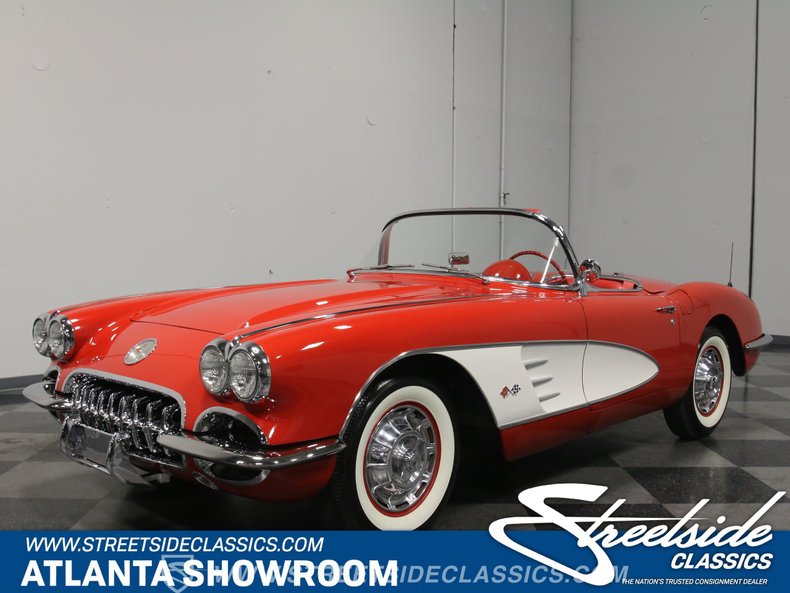 It would probably be easier to tell you what HAS NOT been restored or replaced (everything has) on this sweet 1959 Chevrolet Corvette than to go through the entire list of service items. Restored to be shown (it is ready for NCRS judging) or driven, it's been comprehensively serviced and overhauled to make it not only beautiful, but reliable and fun to drive as well.

For a lot of guys, the 1959 Corvette is the one to own. Four headlights up front but with the curvaceous rear end that ties it to the very first Corvette in '54. Painted traditional Roman Red with white side coves, this is the archetypal C1 and it looks like a million bucks. The restoration is quite recent and a letter from a NCRS judge that accompanies the car suggests that it's ready for NCRS judging, so that tells you something about the quality of the work. Crisp detailing, great panel alignment, and a lot of care in the fiberglass prep are all obvious in the high-quality finish. Those side coves don't allow for much slop in the assembly process, and one slam of the doors will convince you that whatever it cost to get it to this level, it was totally worth it. An equally big chunk of cash probably went into the chrome work, because the grille and bumpers are excellent, the stainless sparkles, and the windshield frame looks fantastic. Glancing at the long, long list of new stuff, you will see that things like the weather-stripping, lenses, bulb housings, headlights, and emblems are new, so there's nothing left for you to do but enjoy it.

The matching red interior is all new as well and looks fantastic in the iconic little roadster. A little more unusual but no less classic than the more common black interior, it has a vivid edge that's quite appealing in an early Corvette. There's new foam under the fresh seat covers and there are new carpets with fresh padding underneath so it remains quiet and cool in the passenger compartment. The gauges are in beautiful condition and were fully rebuilt, which says a lot about this car's quality, and the steering wheel looks awesome in red as well. The list of new stuff is rather extensive here, too, and the car came from the factory with an AM radio and a heater/defroster unit, both of which were technically optional (though almost everyone bought both). A cue ball knob on the 4-speed shifter is a period performance look, and for cruising on those cool evenings, you'll appreciate the new heater core. Overhead there's a bright white convertible top with fresh weather seals, so no worries should the weather turn against you.

Every indicator says the 283 cubic inch V8 engine is the car's original powerplant, and it is rebuilt and ready to rumble. If you're a numbers junkie, you'll love this car because the casting numbers on things like the carburetor, exhaust manifolds, intake manifold, and even the generator are all 1959 Corvette, making this one of the most accurate early 'Vettes we've ever seen. Finned valve covers are beautifully refinished with a soft silver shine and the generator was rebuilt. The shrouded ignition system lights the fires almost instantly and the exhaust manifolds were recently refinished and linked to an all-new reproduction exhaust system. There's a new clutch, new water pump, new driveshaft, new springs, new shocks, new bushings, new seals, new brakes, and, well, you get the point. It rides on stock wheels with original hubcaps with new spinners, and the 6.70-15 whitewall tires give it the look that everyone will envy.

A great find with a vast amount of recent work, all adding up to a car that's ready to enjoy, or ready to show. And isn't a worry-free lifestyle what Corvettes are all about? Call today! 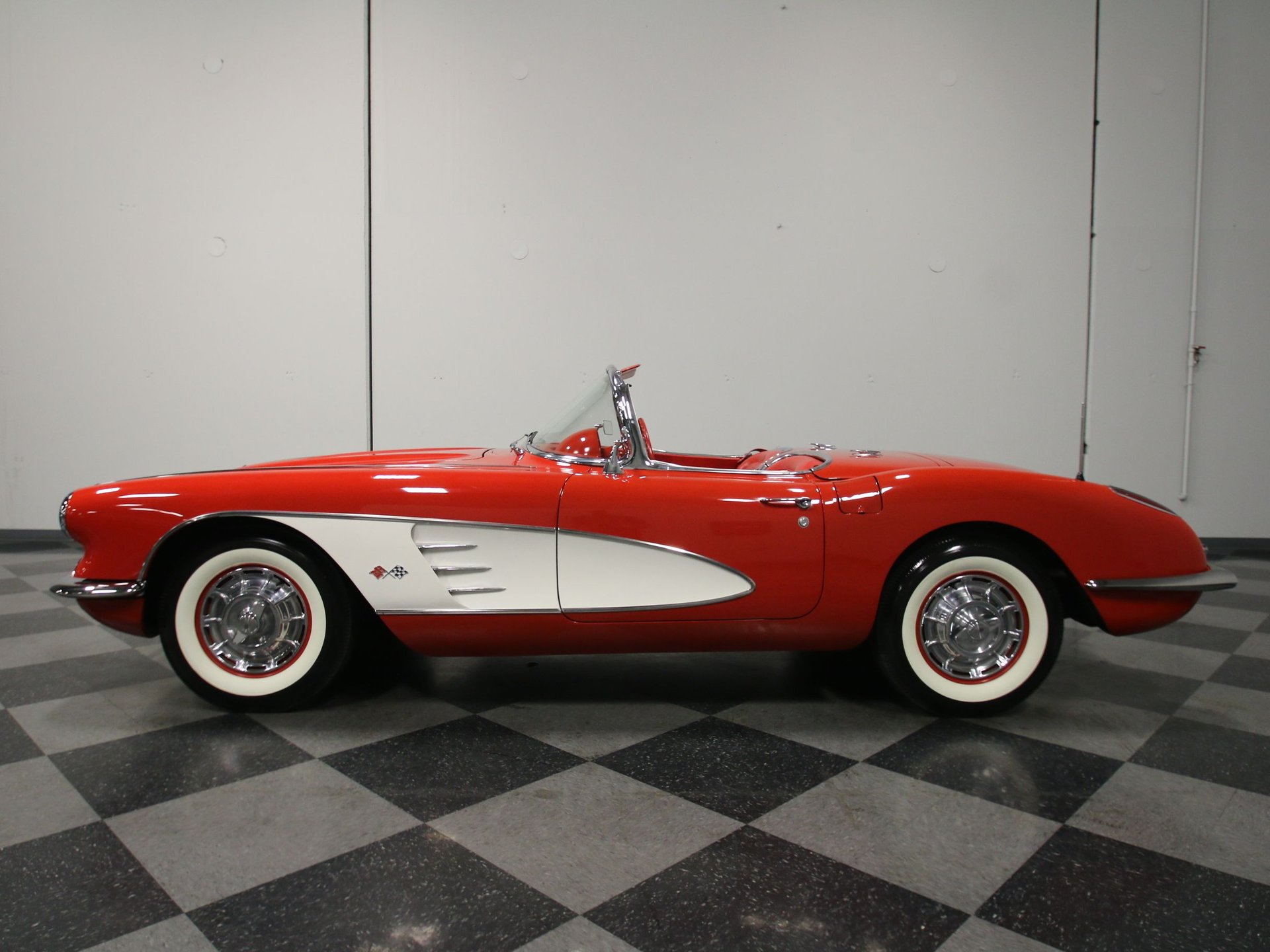