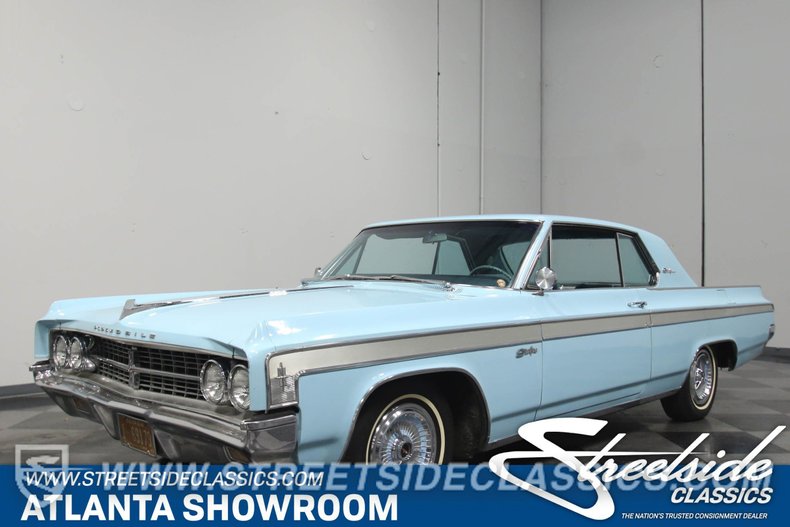 You probably haven't seen many 1963 Oldsmobile Starfire hardtops, but that's OK, they're pretty rare. But if you're a fan of V8 power, incredible '60s styling, and a spacious bucket seat interior, in a car that isn't an Impala, we've just found the answer. An incredible survivor that's still highly original, this Olds will change the way you think about the rocket division.

First off, this is a full-sized car, but like the Pontiac Bonneville and the Buick Electra, the Starfire is a big car with the moves of a muscle car. It also has that look that defines the era, with sleek lines and a hardtop profile, all wrapped in a handsome light blue paint job. The repaint was done in the 1990s, but they clearly had a great foundation to work with, especially since reproduction body panels are non-existent for these cars. Those long quarters with their small stainless-trimmed fins, the peaked front fenders, and the uniquely-shaped C-pillar treatment make the Olds stand out in a crowd, and while it's not perfect, it will definitely become the center of attention wherever it goes. All the wonderful Olds-specific trim is there, too, much of it in beautifully preserved original condition, including the contrasting side molding that was a 1963 Oldsmobile trademark.

The interior appears to be mostly original, and while some parts need some love, other parts are still excellent, so we'd be selective about replacements. Both front buckets have splits on the lower cushions that are probably inevitable given the design, and replacing them would be relatively easy and affordable. The rest is quite good, from original carpets that aren't faded, a dash pad that hasn't been baked by the sun, and handsome door panels that show great details and an upscale look. The dual level dashboard echoes the exterior styling with a bright strip up top holding the wide speedo and the secondary controls underneath. The center console houses the T-handle shifter that definitely looks like it belongs in a rocket, along with a cool tachometer that's still fully functional. Other options include rare power windows and A/C (needs to be serviced), plus a fully functional Wonderbar AM radio. The massive trunk is neatly finished with matching blue carpets and includes a full-sized spare tire and jack assembly.

For power, the Olds brings a big 394 cubic inch V8 to the party. High-compression was the name of the game for horsepower (it's written right there on the air cleaner lid), and while this one will run happily on pump gas, it's not your father's Oldsmobile, either. The Rocket Red engine shows a lot of originality with chrome valve covers and matching air cleaner, and it runs superbly thanks to a lifetime with a retired Oldsmobile mechanic. The transmission is a quick-shifting 3-speed automatic driving the original rear end, and the undercarriage carries only a light dusting of undercoating to seal it up and control noise but leaves nothing to the imagination. The dual exhaust system has a nice V8 burble that's appropriate to an Oldsmobile and both power steering and brakes are included. Special color-matched hubcaps add to the Oldsmobile's flair and it's been fitted with a set of 225/75/14 whitewall radials that ride nicely and look great.

An unusual piece of luxury muscle from a great period in GM history. With long-term single family ownership since the 1960s, this is one Oldsmobile that you can't afford to miss. Call today! 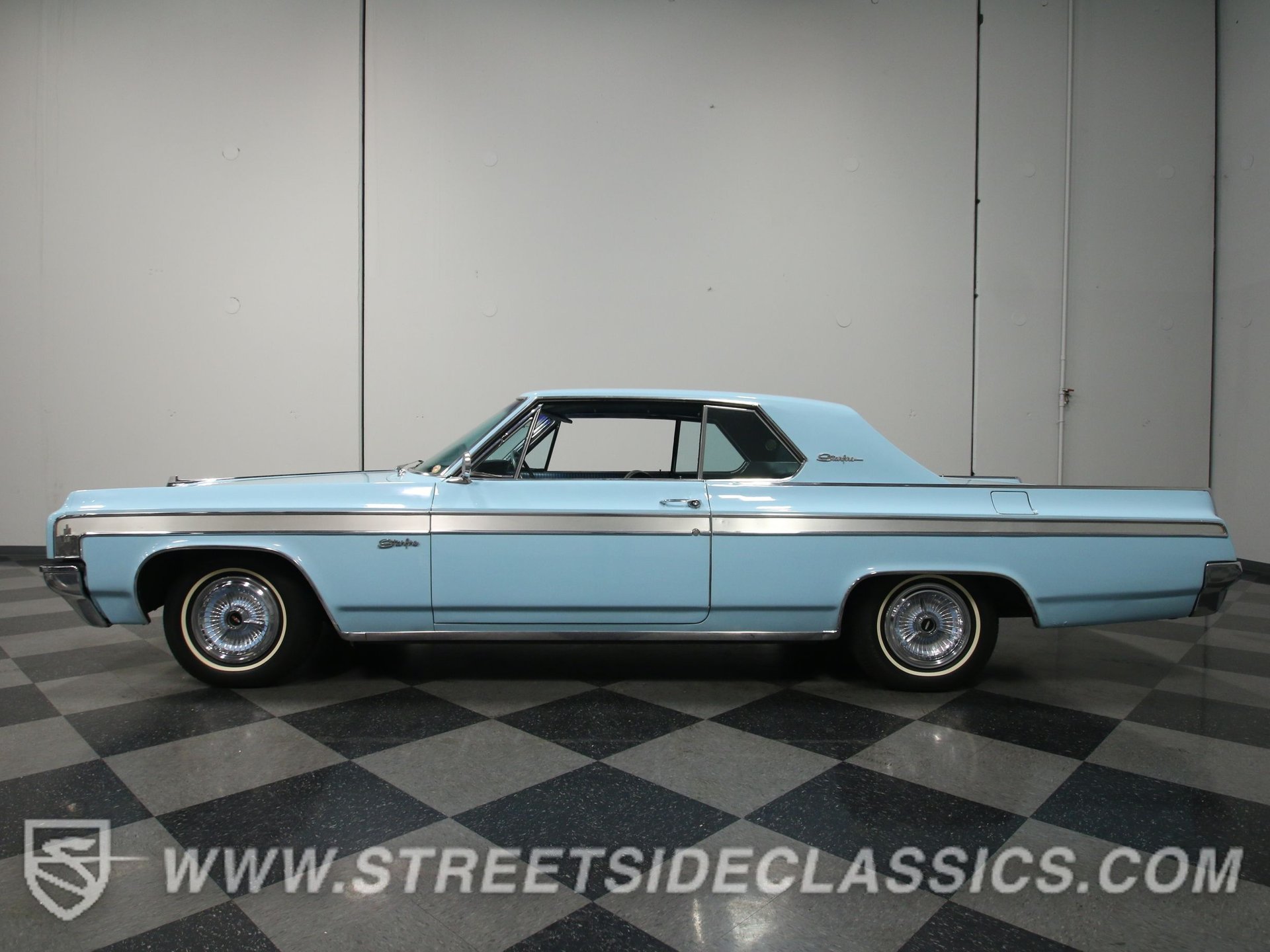