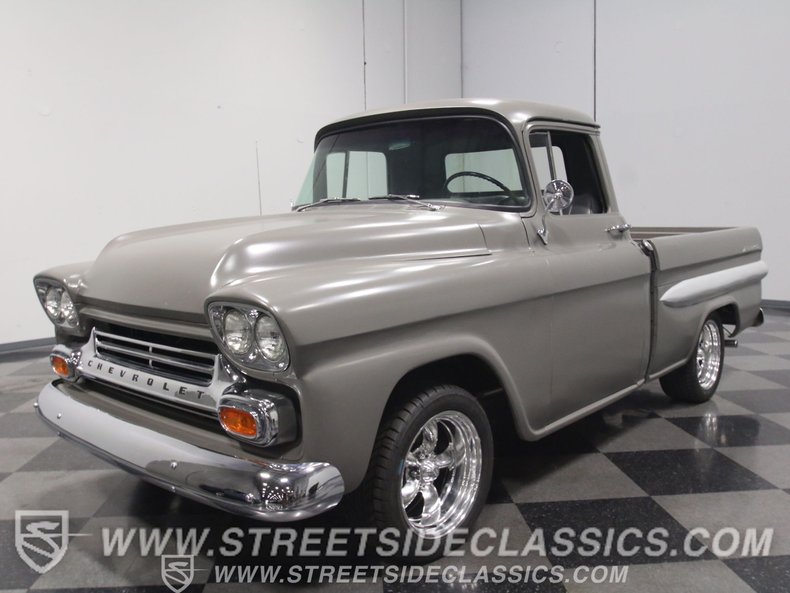 Trucks like this 1959 Chevrolet Apache SWB were probably the first pickups to actually be designed to take into account that maybe folks wanted their trucks to look good as well as haul stuff. Showing off an industrial look with a few custom touches, this Apache never fails to elicit a smile from everyone who sees it.

Trucks were still practically tools in '59, but that doesn't mean people weren't using them for other things, and those were the folks Chevrolet was trying to attract. As a result, this handsome Apache has plenty in common with the other vehicles in the lineup and today stands tall as an icon of 1950s styling. While the paint was completed with a practical goal, it's tough and textured look resulted in a pretty slick appearance. This one has been painted using an industrial finish that makes it tough and has an almost satin shine that looks very trick in today's day and age. Some of the trim has been shaved and even up close, the bodywork is pretty solid, sans a few imperfections, suggesting that the truck lived a fairly simple life. The chrome is the expensive part on this truck, so it's a good thing that part is done, with 1-piece chrome bumpers fore and aft, a beautiful grille, and round taillights nestled into the bed behind those long silver moldings. And speaking of the bed, it's finished with handsome stained wood and stainless steel rub strips that look just too pretty to ever work again.

The black vinyl interior isn't totally stock, but the pleated seat cover aims for the late '50s pickup truck look. Carpets on the floor help control noise and heat, making it feel far more luxurious inside than you'd expect, and simple steel door panels painted with the same matte-finish paint tie everything together neatly. A big 3-spoke steering wheel highlights the driver's side of the cab, along with a full array of factory instruments in a neat V-shaped pod that echoes those in the passenger cars. Most of the components are stock Chevrolet pieces, but there is a Pioneer AM/FM/CD stereo radio for entertainment and a long Lokar shifter for the upgraded TH350 3-speed automatic transmission. Simple and to the point.

Chevy's small-block V8 was a natural choice in the sporty Apache, with this one carrying a later 350 cubic inch powerplant that makes for an entertaining drive. Drenched in Chevy Orange paint and carrying a bright chrome air cleaner on the Rochester 4-barrel carb, it certainly looks like a Chevy under the hood. It's easy to forgive a few deviations from stock, particularly a modern alternator that keeps the electrical system in top form and an HEI ignition system that lights it up quickly and easily. Power heads aft through the aforementioned TH350 automatic transmission and the original rear end, and a dual exhaust system with glasspack-style mufflers has just the right V8 rumble. Even more remarkably, you'll find front disc brakes, a cool find on a vehicle still using leaf springs and solid axles at both ends. 17-inch Torque Thrust wheels show off those big discs and carry 255/45/17 BFGoodrich radials.

A neat old truck with a ton of character, this Apache shows you that form doesn't necessarily have to follow function, and tools can still be beautiful. With a higher-end paint job, these rare short bed '59 Apaches easily bring $40-$50k, if you're lucky enough to find one. This one has had most of the heavy work completed, and can be driven and enjoyed as-is, or taken to the next investment level with a little more work. Call today! 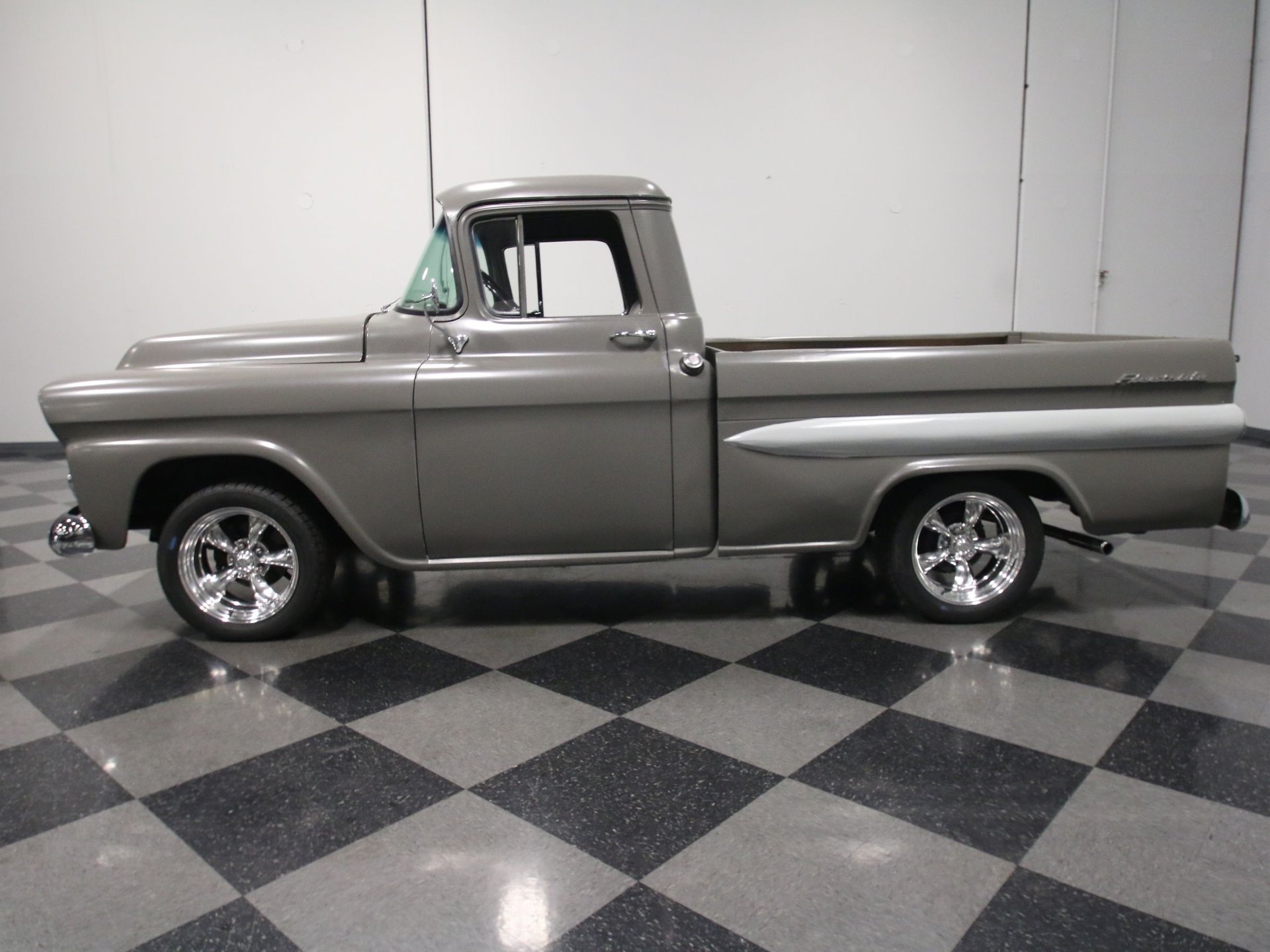