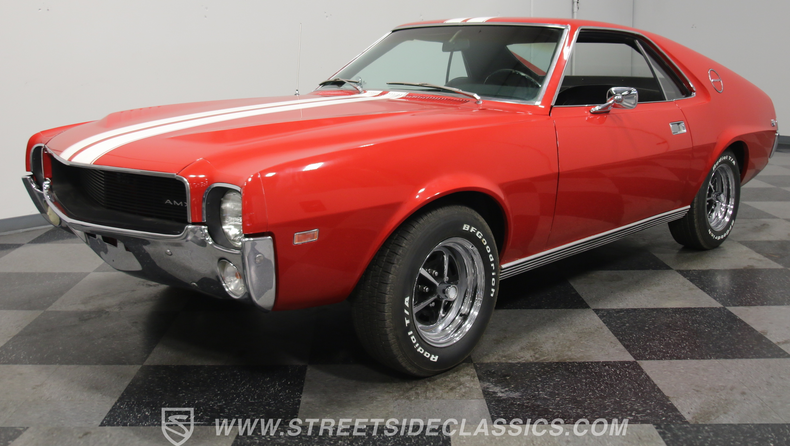 There's a reason why guys who love cars like this 1968 AMC AMX are so passionate: they're totally unique with their 2-seater body. Sure, they were stitched together from a sectioned Javelin, but less weight with the biggest motor in AMC's stable? Where do I sign up?

Finished in bright red, this '68 AMX is the car in which you want to rumble into the next cruise night. One, you'll probably have the only one, and two, it's an absolute party to drive. I'm of the opinion that the two-seat bodywork works really well, with an aggressive, pugnacious look that reeks of horsepower. Add in a high-visibility paint job with white stripes, and you get the prototypical muscle car attitude without the garden-variety stigma. There were no garden-variety AMXs, so while a Shelby might be ultra-cool, you can't help but see the same DNA in a six-cylinder Mustang coupe, meaning that the AMX stands alone. It isn't over-restored, so you can definitely drive it anywhere, and a professional cut and buff would really wake that paint up. On the road, folks might try to get close to see the AMX badges and figure out what it is, but the rear end with its wide-set taillights is unmistakable. There's plenty of chrome, all of it in good to excellent condition, although the restoration is now a few years old.

AMC wasn't even pretending this was a 2+2 and just did away with the back seat altogether. With two buckets, the all-black interior is intimate but clearly driver-oriented. As a car with a mission, they could afford to splurge a bit, so you got comfortable buckets, a Hurst shifter for the 4-speed manual gearbox, and a full array of racy-looking white-faced gauges. The center-mounted radio is a cool throwback to the earliest days of automotive entertainment systems, although at some point it has been upgraded to an AM/FM/cassette head unit. We're inclined to believe that the interior is mostly original, and with that in mind, the seats only show mild signs of use and the carpets are in surprisingly good condition. The steering wheel has a few cracks but the design is very cool and there's even a good-sized trunk with its original mat and space-saver spare, plus a ton of storage behind the seats.

Power comes from AMC's top-of-the-line 390, which made 325 horsepower in the AMX. Augmented by an Edelbrock 4-barrel carburetor and matching aluminum intake manifold, it's a torquey powerplant that makes the AMX one of the most potent cars of the era. The engine bay is neatly dressed in appropriate finishes and colors, including corporate turquoise paint on the block itself. A few chrome pieces add some sparkle and the condition of the inner fenders is more evidence that this car led an easy life in a warm climate. It's backed by the aforementioned 4-speed manual transmission that delivers snappy shifts up and down and makes the most of the 390's generous torque curve. Underneath, it's in very good order with the floors and major support braces showing sharp seams and creases, and power steering and brakes are always nice to have. Original 14-inch Magnums wear newer 205/70/14 BFGoodrich T/A radials.

One drive and you'll appreciate what the AMX has to offer. And if I'm already preaching to the choir, this is a fine example to add to your collection. Call today! 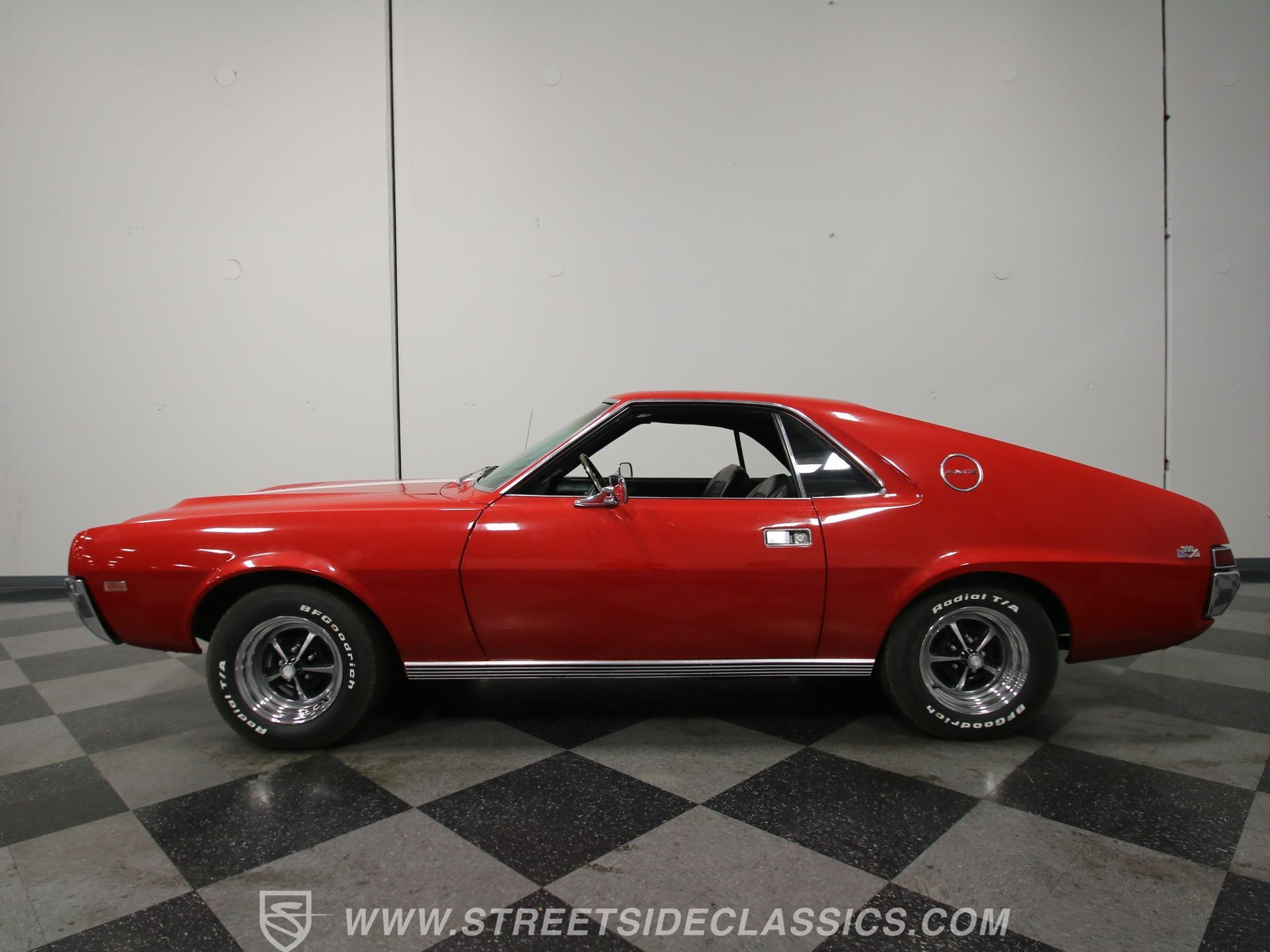