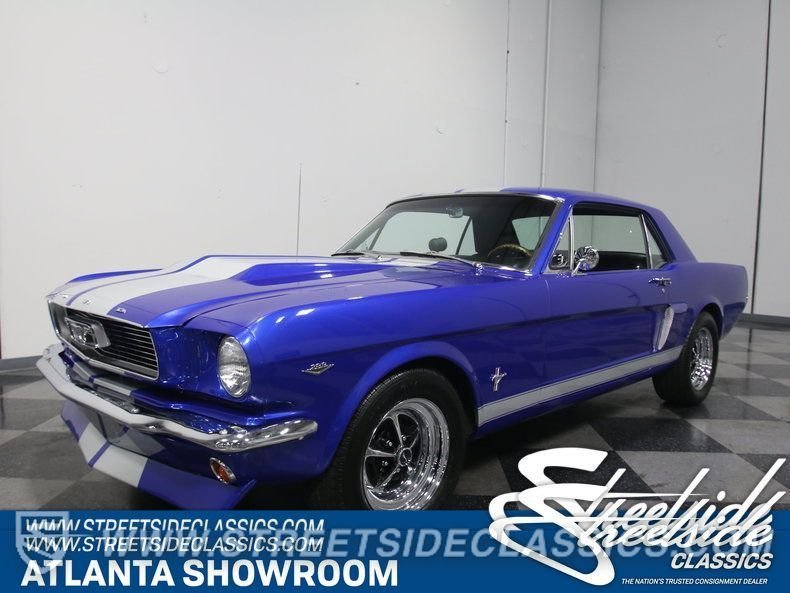 If you like getting involved with your driving, perhaps this 1966 Ford Mustang coupe will be invigorating. Packing a snarling 302 under the hood, a gracefully updated interior, and wearing that gorgeous blue and silver paint job, this is everything you wished for in a vintage Mustang and more.

Let's start with that high-visibility bodywork, which is designed to attract attention everywhere it goes. The Mustang coupe's shape is instantly recognizable, even when it's painted a non-stock color like this. In fact, the bright blue metallic paint seems to emphasize the Mustang's many interesting details, particularly the peaked fenders and Eleanor-style hood, not to mention the chin spoiler that really makes it look aggressive. Workmanship is quite nice throughout, although there are signs that this pony has been driven and enjoyed and there's no shame in that. The paint is like nothing that was on the Mustang color chart in 1966, but it sure works on the classic shape, and with all the original emblems still in place, there's no disguising the Mustang DNA. The chrome is also quite good, particularly the bumpers and the classic running horse grille emblem, and there's a cool race-style gas cap out back. They gave it a unique look without erasing the classic Mustang personality, and it works rather well.

The updates continue inside with original-style seats and pleated seat covers, reproduction door panels, and simple black carpets. However, there's also a fat three-spoke wood steering wheel framing the original gauges, along with a vintage-looking tach up high where Shelby liked to put it. Down low there there's a factory-style under-dash A/C system along with a custom console between the seats, complete with cup holders. You'll note that the shifter now shows five gears instead of four, but the fit is so natural you'd think the factory built it that way. An AM/FM/CD stereo has been stuffed into the original AM radio's location and there's still a stock back seat so your friends can come along, too. The trunk is detailed to stock specs with a plaid mat, spare tire with cover, and a matching jack bag, another nod to originality that makes this car special.

The 302 cubic inch V8 under the hood is ready to rock and does a pretty good impersonation of a stock 289, albeit beautifully detailed. A Quick Fuel 4-barrel carburetor lives under that open-element air cleaner, and a set of finned valve covers were installed to give it that '60s performance look. MSD supplied the ignition system and there's a big radiator up front. The A/C compressor dominates the top end of the engine bay, but with everything painted the same electric blue as the rest of the car, the effect is dazzling. You'll also note power front disc brakes with a new master cylinder, Borgeson power steering, a new driveshaft, and a new exhaust system with Flowmaster mufflers exits just under the rear bumper and offers that traditional 5.0 Mustang sound. There's a new Centerforce clutch between the engine and 5-speed manual gearbox, which power a set of 3.50 gears on a limited slip out back. It offers just the right stance, due in large part to an all-new suspension with a set of 1-inch lowering springs and fresh 15-inch Magnum 500 wheels with fat BFG rubber.

With all the "nice" Mustangs out there, it's cool to see one with a bit of swagger in its step. Fast, flashy, and heavily fortified for speed, this one is a lot of fun in the traditional Mustang mold. Call now! 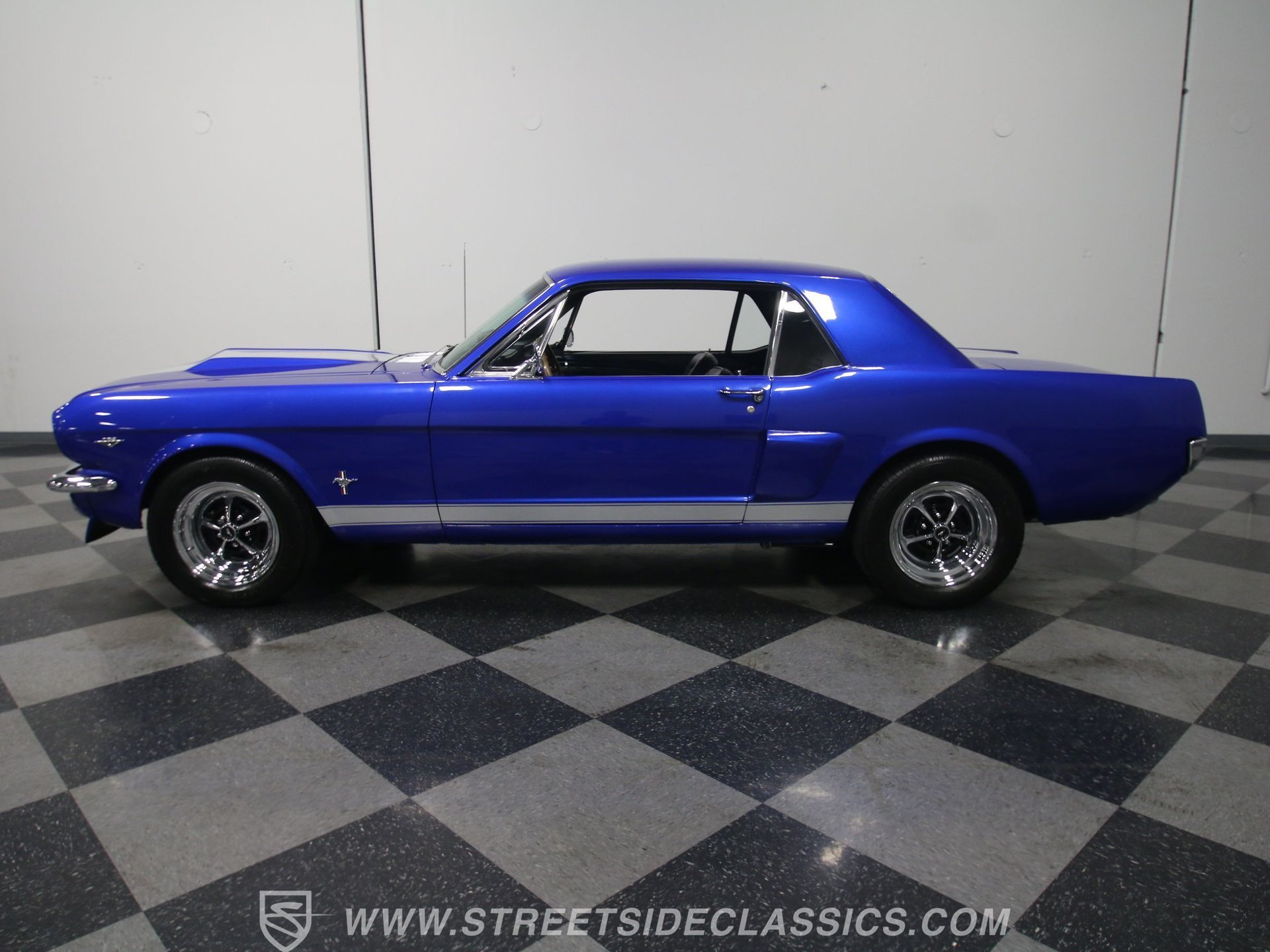