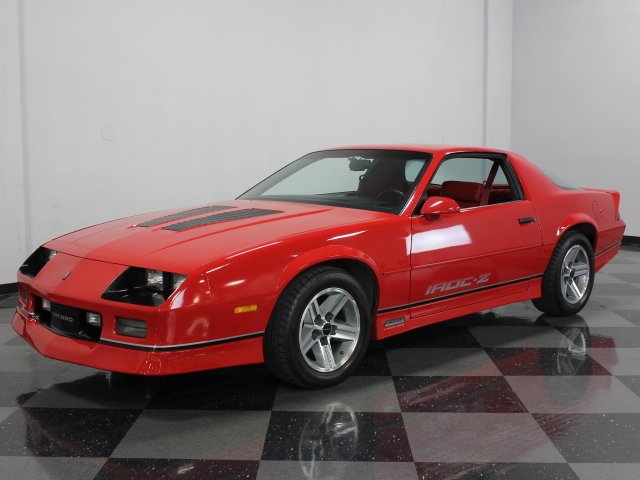 In the late '80, cars like this 1987 Camaro Z/28 IROC-Z ruled the streets. Even I, as a Mustang 5.0 owner, have to grudgingly admit that this Camaro with its L98 engine plus superior brakes and suspension was the bogey we were all aiming for back in the day. So if you're looking for a first class trip back in time, this exceptional low-mileage example is a great choice.

The guy who ordered this one up in 1987 knew exactly what he was doing. It has all the performance hardware but no T-tops, meaning it's stronger and lighter, the perfect foundation for a car designed to kick asphalt. Torch Red ain't exactly subtle, but when you can prowl the streets with a car like this, there's no need to be subtle. Shockingly, that's original paint, and even though it's 26 years old it still sparkles like it's your senior year of high school. With only 40,812 miles on the clock, you know it was never a daily driver and I'm guessing that the guy who bought this one new stashed it away for nice weather only and had something else to drive every day. I mean, the ground effects aren't scuffed or blasted by gravel, there are no door dings from tight parking lots, and the sun hasn't baked the black trim into ashy gray dust. The original decals and stickers look great and there's an element of surprise because three were no markings to tell you what was living under the hood.

This one also includes a spectacular red interior that is completely untouched by the hands of time. The supportive cloth buckets were probably chosen on purpose to help keep the driver in his seat during cornering, but they didn't skimp on the luxury options, either, since it includes power windows and locks, A/C, cruise control, power driver's seat, and a tilt wheel. There's also a rather rare overhead console, available only on non-T-top cars (obviously). It is every bit as nice as the bodywork, perhaps even better if that's possible, without even so much as a scuff on the sill plates. Everything works, the gauges are bright, and if you've still got some Duran Duran cassettes lying around, you'll be able to enjoy them on the AM/FM/cassette stereo that actually sounds pretty good. The cargo area has never carried anything rougher than a grocery bag or two, and, well, look for yourself: this sucker is SPOTLESS!

The top dog in the Camaro lineup was the L98 350 cubic inch V8 borrowed from the Corvette. At the time, it made so much torque that no manual gearbox could live behind it, so you got an indestructible 700R4 4-speed automatic as standard equipment. And while there were dozens of catalogs full of performance bolt-ons, this one has remained largely stock, wearing only a set of aftermarket headers, an Edelbrock exhaust system that sounds awesome, and a computer chip upgrade that's probably worth a few ponies, too. Otherwise, it's stock and beautifully maintained and runs like new. Heck, just look underneath and you can plainly see that it hasn't been in the rain, maybe not ever. The unmarked 5-spoke alloys wear newer 245/50/16 BFG radials with a lot of life left in them, too.

I bet you would have ordered one just like this back in the day, right? Here's your second chance, still bargain priced. There are Camaros with lower mileage, but not many that are this nice. Call today! 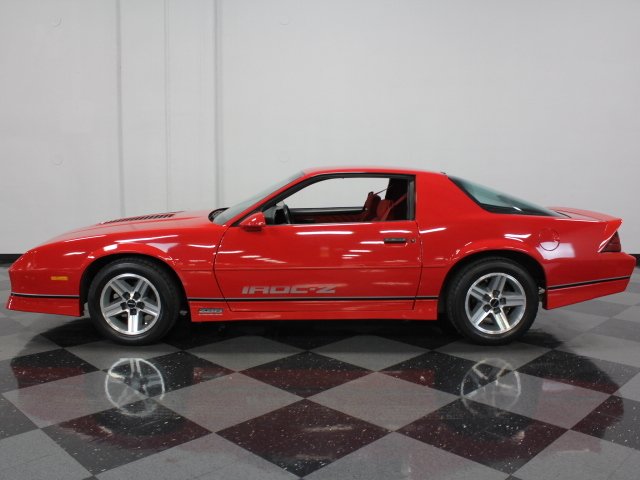